You should gut furred small game as soon as possible. Especially rabbits and hares, because there’s something about their innards that allows them to sour very quickly.

In warm weather, it only takes an hour or so for the thin abdominal muscles to start turning greenish blue. It’s easier to skin rabbits or squirrels before they’re gutted, as the hide comes off more easily if the animal is completely intact. But leaving the hide in place is a great way to keep the meat clean, so it’s generally better to gut an animal immediately after harvest and delay skinning until you’re in a suitable environment for processing.

I handle squirrels and rabbits in only one way, by parting them into five pieces, four legs and a ribless back. Virtually all species of furred small game, including oddballs such as muskrats and porcupines, can be parted out in a similar fashion. Remove the back legs at the ball joint that sits on the upper end of the femur. The front legs are connected by ligaments; there are no ball joints, so they slice away easily. The legless body can then be chopped crosswise into two pieces. Make the cut just below the rib cage.

Start with a sharp knife.

Girdle the squirrel around the waist, careful to slice just through the hide and not nick the muscle beneath.

Pull the hide off the squirrel like removing a shirt and pair of pants. The tissue that binds a squirrel’s hide to its muscle is very strong. You’ll need to pull hard. Stop pulling when the hide meets the ankles and base of the tail and neck.

Sever the ankles, tail, and head by chopping through the joints with a heavy knife, a cleaver, or a pair of game shears.

Cut the squirrel into five pieces. Discard the ribs and that portion of the spine that sits above the loins. Trying to get the meat off that section of the carcass is like trying to get meat off a small rattlesnake, hardly worth the effort.

Rabbits and hares are a little different than squirrels primarily because the skin pulls so easily. The rabbit in the following photos was not gutted before it was skinned, only because the skinning took place almost immediately after it was killed. 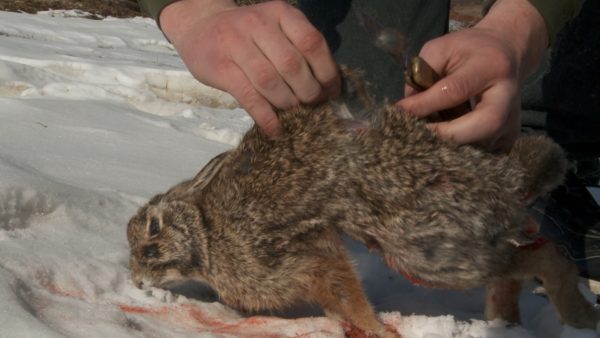 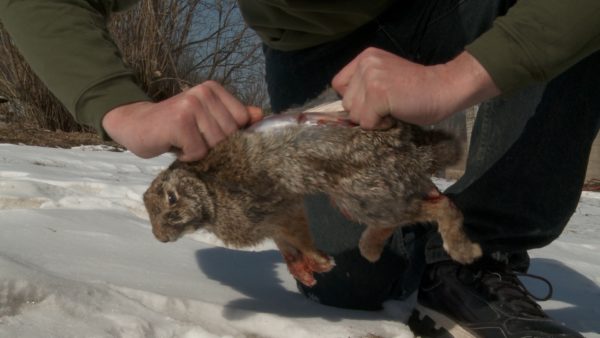 Start pulling the hide, the front half pulls forward, the back half pulls rearward. 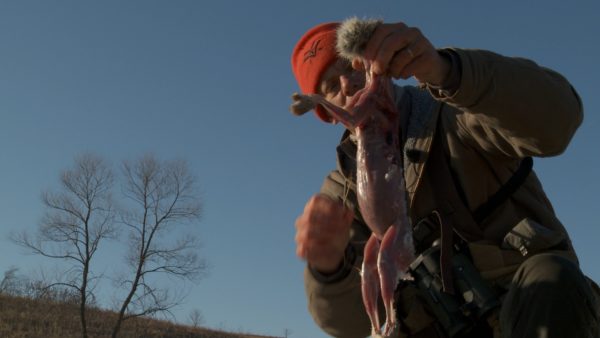 Strip the hide off until it’s connected to the rabbit at the ankles and head. You can pull it free from the tail without needing to cut anything. 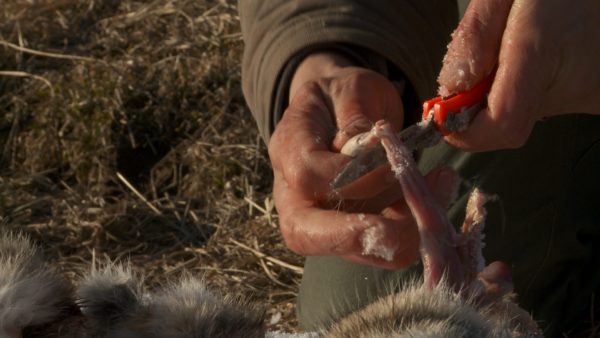 Sever the ankle joints and neck with a heavy knife, cleaver, or game shears. 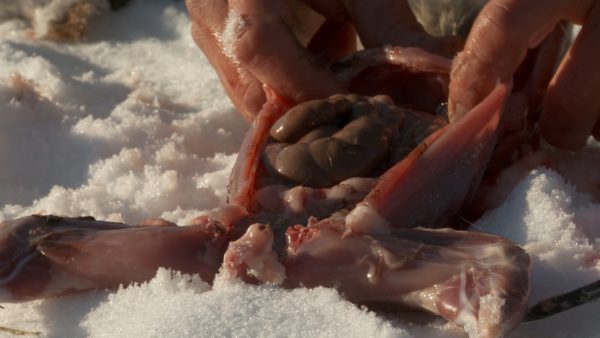 Make a gutting incision and split the pelvis. 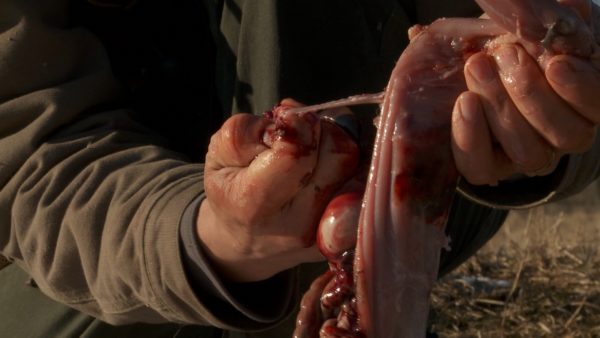 Pull out the innards. Now you can part the rabbit out, just like the squirrel method shown above.

Butchering & Processing
Get the latest in your inbox
Subscribe to our newsletters to receive regular emails with hand-picked content, gear recommendations, and special deals.
Our picks for the week's best content
For the whitetail obsessed, with Mark Kenyon
Redefining our connection to food, with Danielle Prewett
With Joe Cermele and Crew
Technical apparel for the avid hunter
Purpose-built accessories for hunting and fishing
Quality elk, turkey, waterfowl, and deer calls
Privacy Policy

In Steve’s hunting guide books, on the MeatEater website and Youtube page, we’ve outlined the step-by-step processes of field dressing fish, small game, and big game. But over the years, we’ve picked up a few extra tips and tricks that will help hunters save a little time and produce better-tasting meals. Some Tips for Big Game Field Care When skinning or gutting game animals, always slice the hide by cutting from the inside out. Otherwise, if...

You might not expect it, but gutting small game is a controversial subject. Many guys like to hang, or age, their small game with the guts inside. I’ve never heard a good argument for this, beyond the fact that it saves time in the field. This is the usual perspective of hunters who simply “breast-out” their game birds, a term for just filleting away the breast meat and discarding the smaller, more difficult to use wings, legs, and thighs. That’s...