The mule deer rut might be just about over, but for one unlucky buck in Colorado, the last fight of the season ended with a bit of a surprise. On November 29, a 3x4 buck, presumably having seen its reflection in the ground-level window of a Colorado Springs home, was in for a shock when he charged the glass. Rather than locking antlers with his imaginary opponent, the deer crashed through the window, winding up in a basement office. 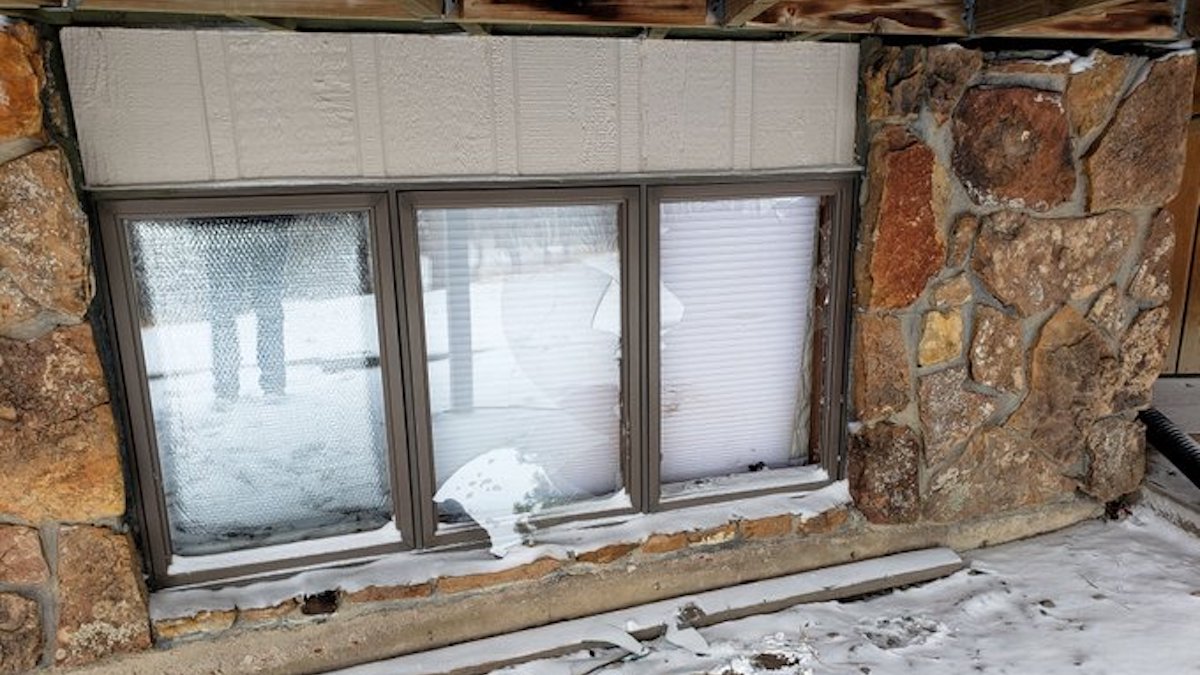 Colorado Parks and Wildlife (CPW) officer Travis Sauder was the first on the scene. He found the buck resting on the floor beside a desk and a suitcase. Photos posted on CPW’s Twitter page indicate that it had been stomping around for a few minutes before Sauder arrived, leaving a trail of droppings and blood in its wake.

According to the Twitter report, Sauder hit the buck with a tranquilizer dart to sedate it. The deer went down, but not before taking a flower vase as collateral. In a photo taken shortly after, the buck peacefully sleeps, using the shattered vase and flowers as a pillow. 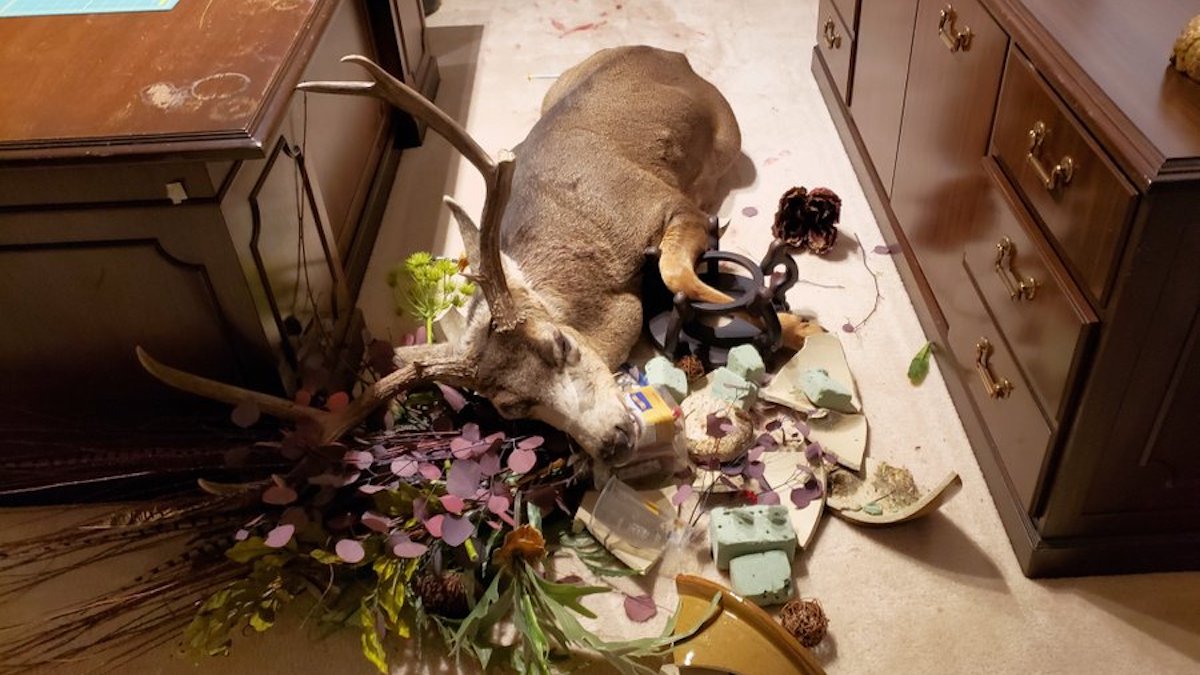 Sauder and CPW biologist Ty Woodard then carried the buck outside. In a short video, Sauder massages the deer’s stomach to break its trance. At the 30-second mark, the deer finally regains consciousness. The video cuts out just before the buck stands up, but CPW reported that the deer limped off in a drowsy state.

Next year, this buck might think twice before picking another fight.

Mountain lion attacks on humans are rare in California, despite sharing a habitat with 39 million Californians. However, residents in the state are becoming increasingly concerned as sightings of these elusive predators become common. Residents of Sonoma County, California, are experiencing this firsthand after a collared mountain lion entered a house and attacked a dog, then dragged it by its neck into the backyard. The incident occurred earlier...

A family boated a bit more than they expected during the Alabama Deep Sea Fishing Rodeo on Friday, July 15. April Jones was fishing with her son, husband, and father-in-law, when suddenly she felt something large hit her body. At first she thought it was a wave, she told AL.com. Then Jones turned around and saw a huge, 400-pound spotted eagle ray flopping around in the back of the boat. The spotted eagle ray had launched itself out of the ocean...

A Georgia couple received citations last week after they were spotted perusing the dog food aisle of a local Walmart with their “pet” deer fawn in tow. The sight of the newborn whitetail in the Grovetown, Georgia, Walmart Supercenter apparently alarmed the employees, who immediately contacted the Columbia County Sheriff’s Office. Officers then enlisted the help of local game wardens. According to the News & Observer, the couple had already left...