On Mar. 12, 2022, officers with the California Department of Fish and Wildlife (CDFW) pulled over a 31-year-old man named Andrew Chao. Upon inspection of the vehicle, they found a live white sturgeon in the trunk of his small sedan.

The fish, so large that it barely fit the confines of Chao’s trunk, measured 85.5 inches long.

White sturgeon are the largest and some of the longest-lived freshwater fish in North America. They’re also categorized as a “species of special concern” by the State of California. 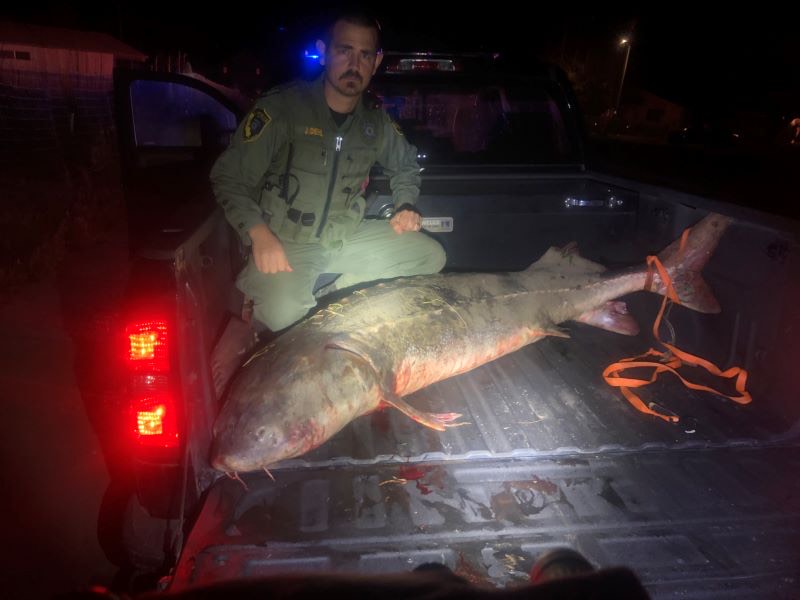 For months prior to being pulled over by CDFW, Chao had been under investigation for a string of sturgeon poaching incidents. He was arrested on the scene, and the sturgeon was quickly returned to nearby waters where it was “successfully released” according to CDFW.

An investigation of Chao began in May 2021 when officers initially got wind of his sturgeon poaching activities. Charges from that first case are still pending prosecution, but they involve Chao and another man named Ay Pou Saechao poaching sturgeon from Sacramento Valley waterways then removing and selling the eggs to a group of family members in San Francisco.

White sturgeon are prized for the caviar produced from their roe. According to CDFW, “females produce an average of 5,648 eggs per kilogram of body weight, and a 60-inch individual averages over 200,000 eggs.”

The people who purchased the sturgeon roe from Chao and Saechao—Igor, Lyudmila, Yevgeniy, and Olga Petryanik—are also facing charges. In a press release issued on April 21, CDFW said that “the Petryanik family is suspected of processing the sturgeon roe into caviar and selling it on the illegal wildlife market.” 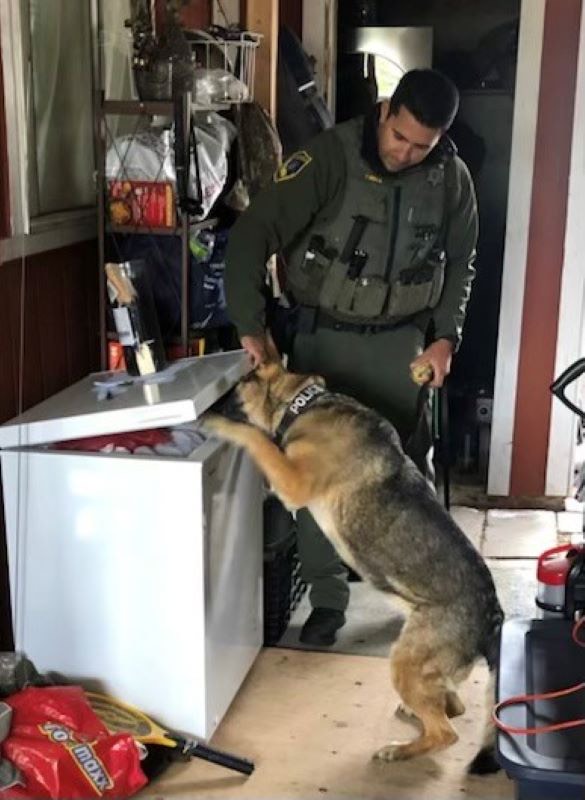 While not prohibited, sturgeon fishing is highly regulated in California. Anglers who have been issued a sturgeon report card by CDFW are permitted to keep one fish per day and a total of just three per year. In order to be harvested, a fish must measure between 40 and 60 inches in length, and anglers pursuing them may only use a single barbless hook. Many Sacramento Valley waterways are off limits to sturgeon fishing however, as this region represents the southernmost portion of the species’ native range.

Following the apprehension of Chao, officers were able to piece together a follow-up investigation that ultimately led to the arrest of eight other suspected sturgeon poachers.

Over the course of that investigation, officers “spent a considerable amount of time conducting surveillance on the additional suspects and believe the suspects caught a combined total of at least 36 sturgeon,” according to the CDCW press release.

Those surveillance efforts also revealed that some of the sturgeon poachers were catching and using juvenile salmon for bait, which is another unlawful act according to CDFW. In addition to the sturgeon poaching, officers believe that the suspects were involved in the poaching and selling of abalone and sport-harvested Dungeness crabs. Abalone are a protected species in California and sport-harvested wildlife cannot be legally sold on the open market.

Subsequent search and seizure operations also turned up at least five illegally-harvested deer, 1,000 pounds of illegal cannabis, various other illegal narcotics, $57,000 in cash and counterfeit currency, an unlawfully possessed AR-15, a “ghost gun” with no serial number, and a fully-automatic handgun.

During the course of their investigation, officers witnessed dozens of counts of littering as the poachers “routinely discarded their beverage containers and food wrappers into the river.”

“I am proud of the dedicated wildlife officers who spent countless hours investigating this wildlife trafficking case to protect our native sturgeon population, which is already severely affected by historic drought conditions,” CDFW Deputy Director and Chief of the Law Enforcement Division David Bess said in the press release. “Wildlife trafficking, coupled with suspected narcotics trafficking discovered in this investigation, is motivated by greed and personal profit. We take it seriously when poachers commercialize our wildlife, and we will continue to do everything we can to bring these individuals to justice.”

Feature image via California Department of Fish and Wildlife.

In mid-September 2021, West Virginia Division of Natural Resources (WVDNR) officers in Mineral County started receiving complaints of someone spotlighting deer. Those tips ultimately led to 223 charges filed on Jan. 24 against against eight Mineral County residents for killing 27 bucks. According to a press release from WVDNR, two of the eight people involved were deputy sheriffs in the county, Tyler Biggs and Dalton Dolly. Both have since...

Eight people are facing criminal charges in a grand jury indictment after a deer processing outfit in Ohio was found to have poached more than 30 whitetail deer and stolen some 700 pounds of venison from its clients. The stolen meat, which A & E Processors skimmed from the harvested deer of their paying customers, was then sold for a profit. While five of the eight individuals named in the indictments were directly employed by A & E Processors...