John Blick Jr. of Sharon, Kansas, has been sentenced to 14 months in prison and ordered to pay $327,641 in restitution for poaching 60 whitetail and mule deer. The bust is the result of a multi-year investigation leading to a 139-count indictment. Additionally, the 28-year-old will lose hunting privileges for five years and pay $15,000 in fines.

All equipment seized, including multiple bows and firearms, will be forfeited to the state of Kansas. Several shoulder mounts and dozens of European mounts will also go to the state, which will be destroyed in accordance with statute 32-1047.

In a statement released on the Kansas Wildlife, Parks & Tourism Facebook page, the agency hinted that there may be more busts to come. “The information provided and discovered during the course of the investigation will possibly lead to future prosecutions of other wildlife violators.”

Kudos to the investigators who solved this massive poaching case and brought the criminal to justice. Although the sentencing leaves something to be desired (specifically the 5-year loss of hunting privileges), Blick will spend the rest of his life working to pay back what he stole from the state and its citizens. 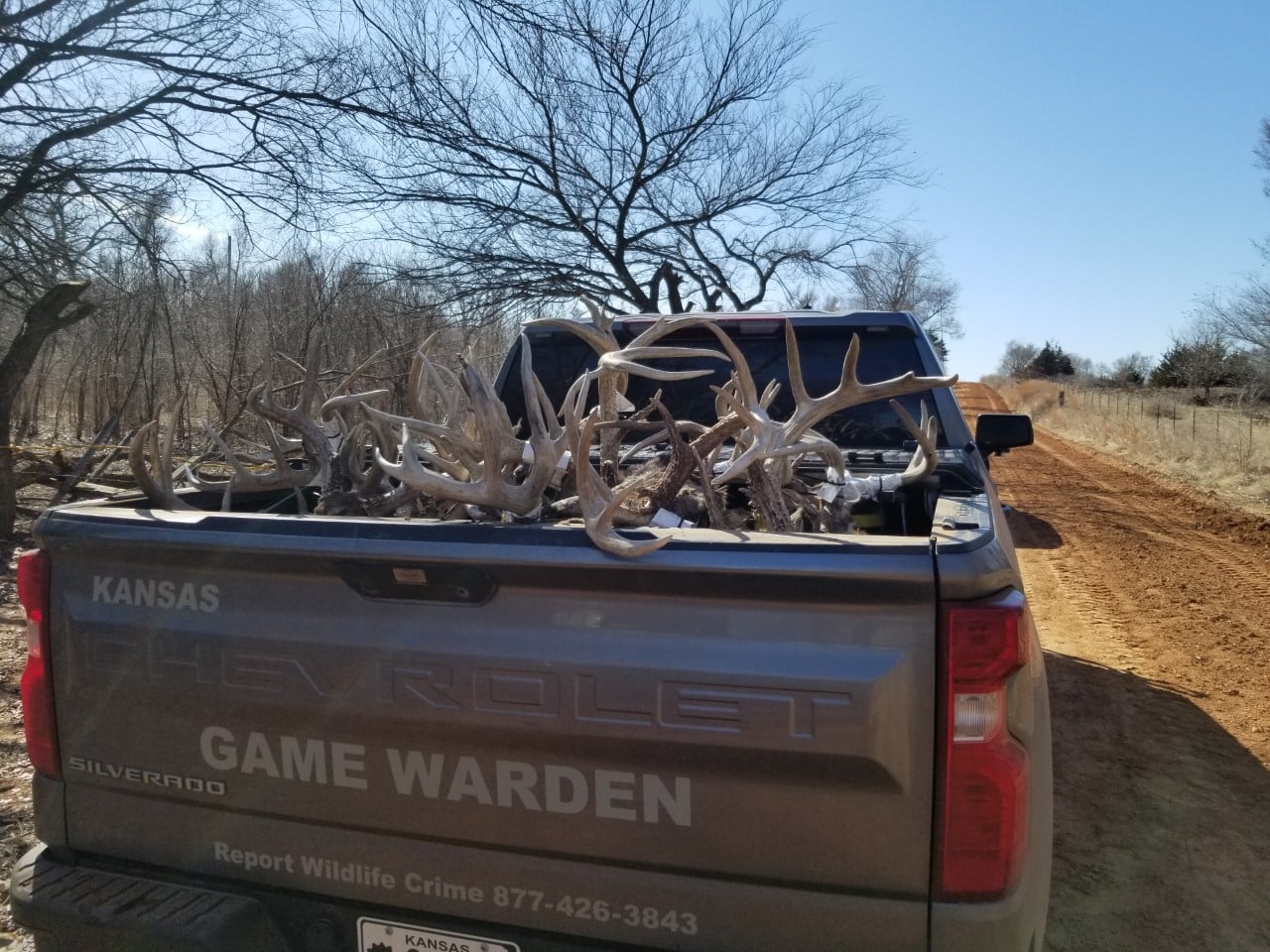 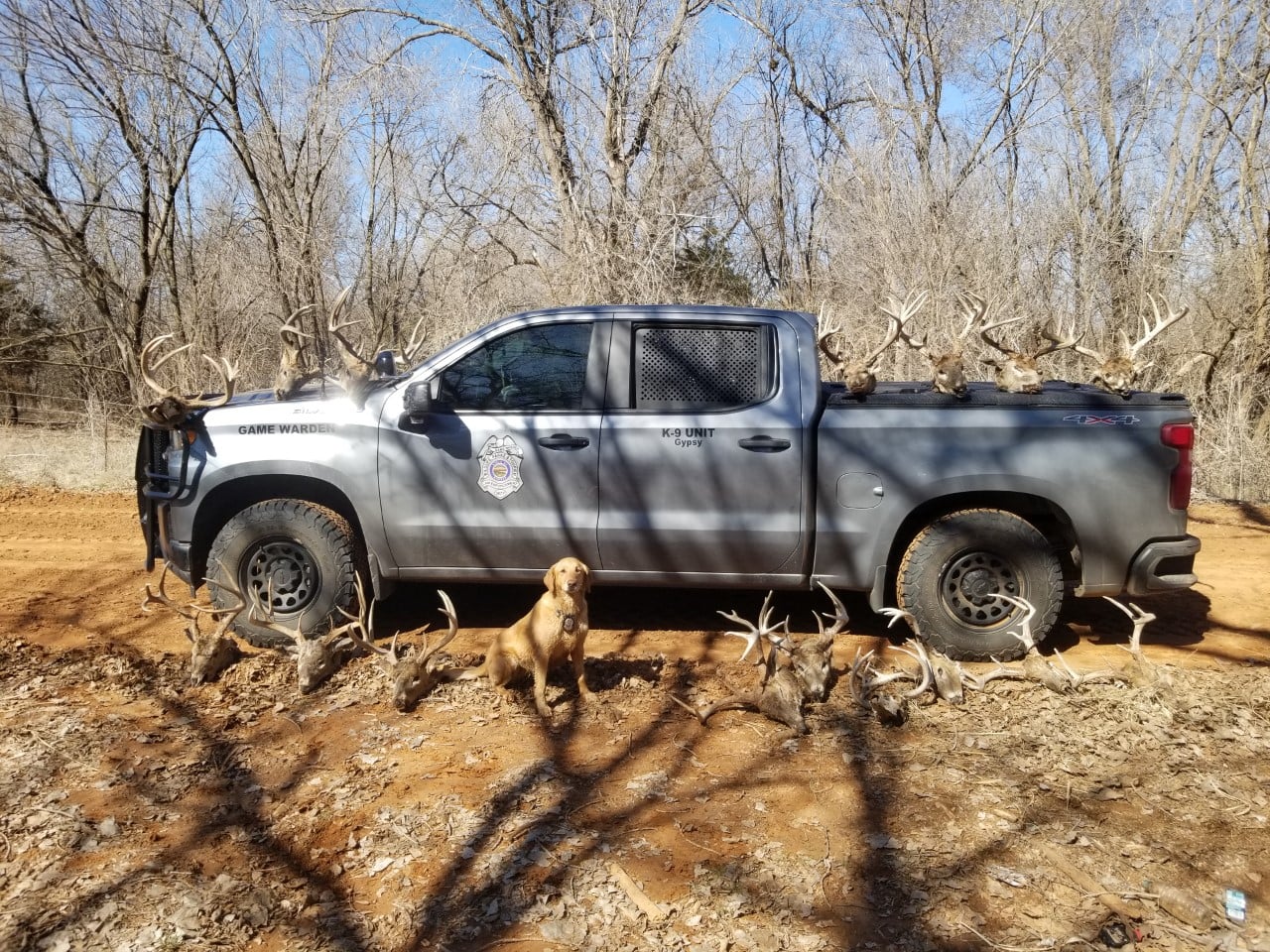 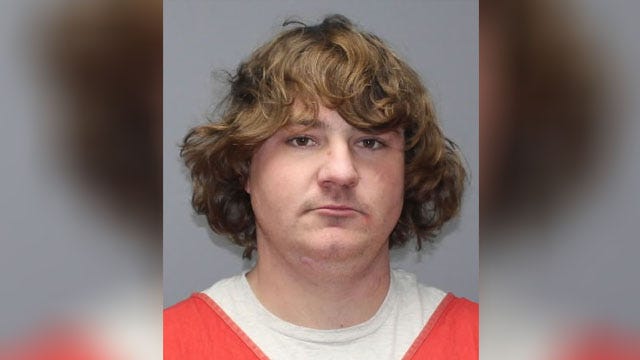 Adrian Wood of White City, Oregon, was sentenced last week for poaching elk in Crater Lake National Park. His penalties include $42,500 in restitution paid to the National Park Service,  a six-month detention at a residential reentry center, and five years of federal probation, which includes loss of hunting privileges.  U.S. Attorney Billy J. Williams announced the sentencing in a Department of Justice press release. “Our nation’s environmental...

In September 2019, Brett Stimac poached a 700-pound black bear on the Red Lake Reservation in northwestern Minnesota. As if this crime wasn’t bad enough, Stimac, 41, couldn’t figure out how to move the massive carcass. In a lazy attempt to claim his “trophy,” he sawed off the head and allowed all of the meat to spoil. According to a press release from the U.S. Department of Justice, “Stimac, who is not an enrolled member of the Red Lake Band of...