How to Age a Buck on the Hoof in Summer

It happens every summer. Sometimes it’s a trail cam pic, sometimes it’s a sighting at the back of a bean field. Regardless of what form it takes, the adrenaline rush and the questions are always the same. Is that a shooter? Is that going to be the buck?

For some people, the answer to those questions might be yes and yes, no matter how big or old that deer is. But for others, the conclusion might be more nuanced, with age as a determining factor.

The problem is that estimating the age of a buck during the summer is a notoriously tricky proposition. Can it even be done? 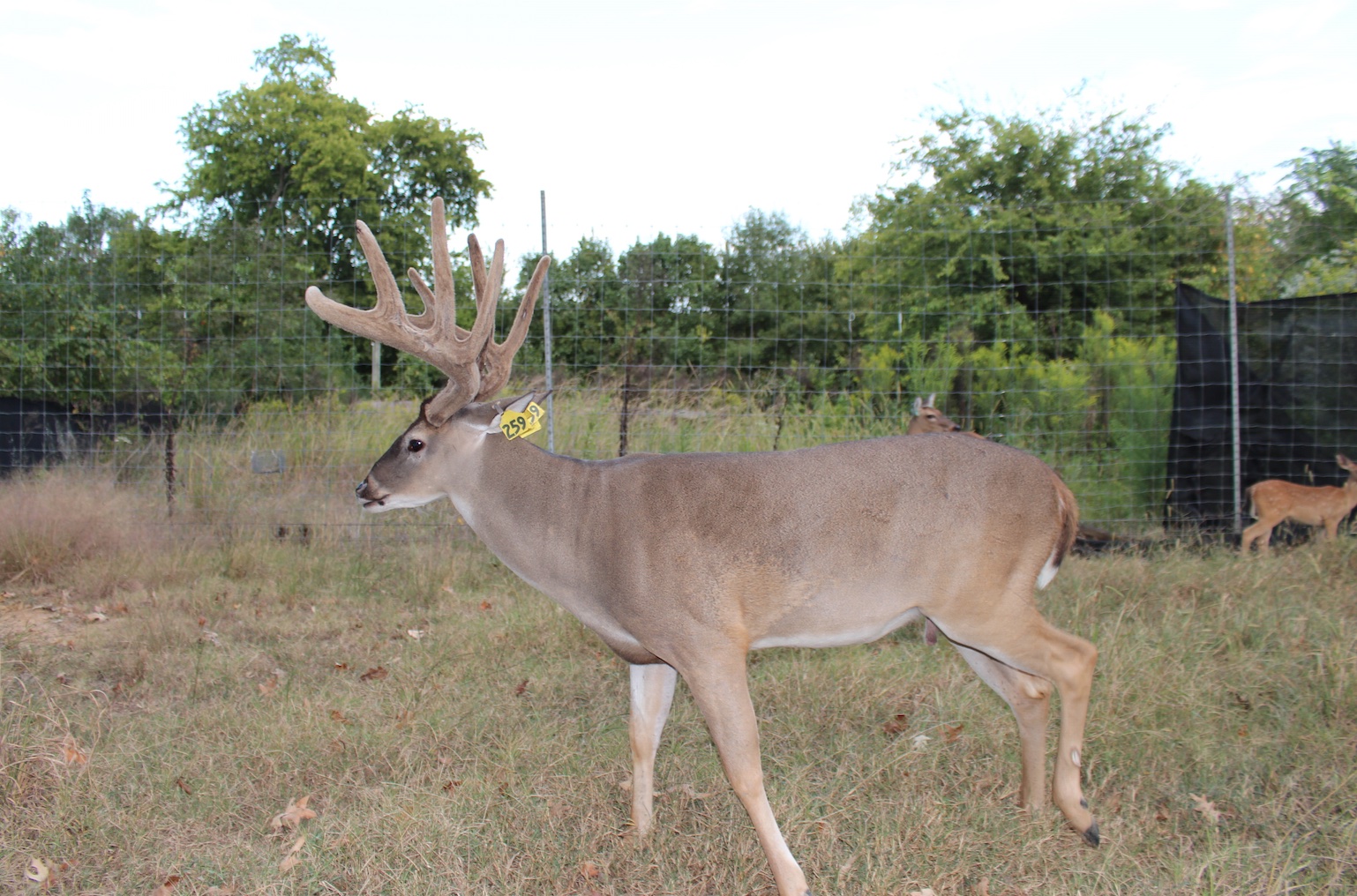 The Challenge The task of estimating a buck’s age class “on the hoof” is a challenge no matter the time of year, but it’s especially difficult during the summer. This is because many of the body features that are indicative of age don’t become pronounced until the testosterone-induced changes that come each fall.

The body characteristics that help identify maturity in a deer, such as a swollen neck and chest or stained tarsal glands, simply aren’t present or noticeable in July or August. Even mature bucks will often have skinny necks and seemingly slender chests, leading some hunters to think these deer are younger than they are. For this reason, summer age estimates should always be taken with a grain of salt.

Still there are certain features, even now, that can help clue you in to the rough age of a buck. “Mature bucks still have the same age-specific morphological features that enable easy identification during fall and winter, but they are much more subtle during the summer,” said Bronson Strickland, a wildlife biologist and extension professor at Mississippi State University. 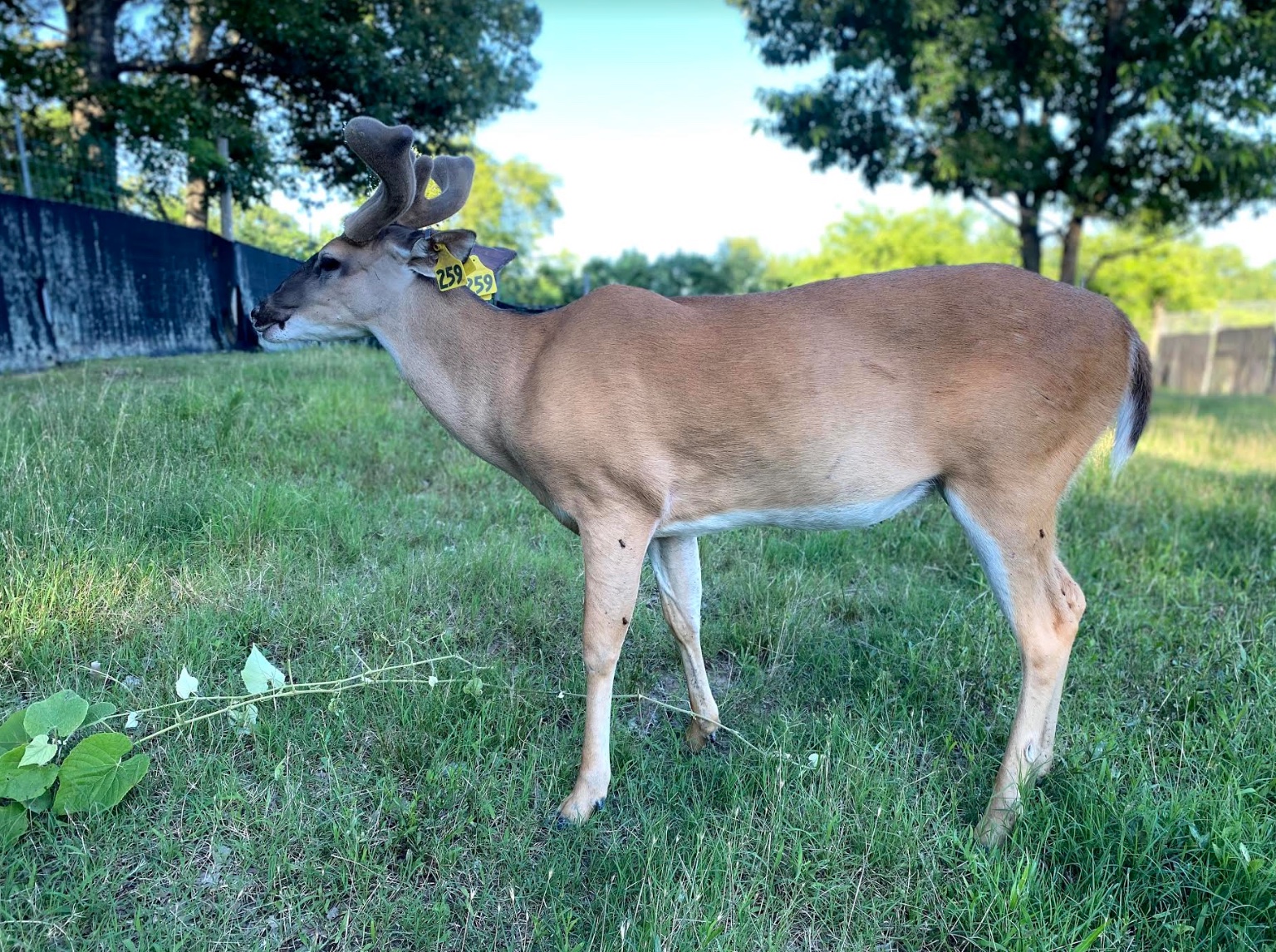 Identifying Features I’ve spent many a summer evening studying potential “shooter” bucks in green crop fields and have been fortunate to watch many of these same deer later in November when their maturity becomes more obvious. Many of the features we look to in the fall such as, “belly, robust shoulders, thick neck, and appearance of short legs,” Strickland said, can still serve us at this time. But some are more apparent than others.

While girth of neck and chest are much less exaggerated in the summer, I’ve found that belly size is often still noticeable. If I see a buck with a potbelly in July or August, I can feel confident it is a mature deer. The same goes for a buck’s back. If there is a noticeable sway or sag to that back line, that’s another consistent summer clue.

“The scapula protruding far above the spine indicates a fully mature shoulder with associated muscle,” Strickland said. All of these features are slightly less noticeable in the summer months, but Strickland points out that, “the closer you get to velvet shedding [in early September] the more pronounced these ‘mature buck’ diagnostics become.”

Another way to improve your age estimates in the summer is to wait to draw conclusions until you can see a buck next to another deer of a noticeably different age class, whether that be in a trail cam picture or observation. Take for example the photo below, where you can see a mature summer buck alongside a yearling.

Finally, while antlers can be notoriously misleading when attempting to age deer, Bronson believes that some summer observations can lead you in the right direction: “The mass and circumference of the bases should be a giveaway that this buck is older.”

On the flip side, I’ve found it quite easy to identify an obviously non-mature buck in the summer. Strickland concurs: “Yearling bucks look like a doe with antlers, and this certainly holds true in summer.” 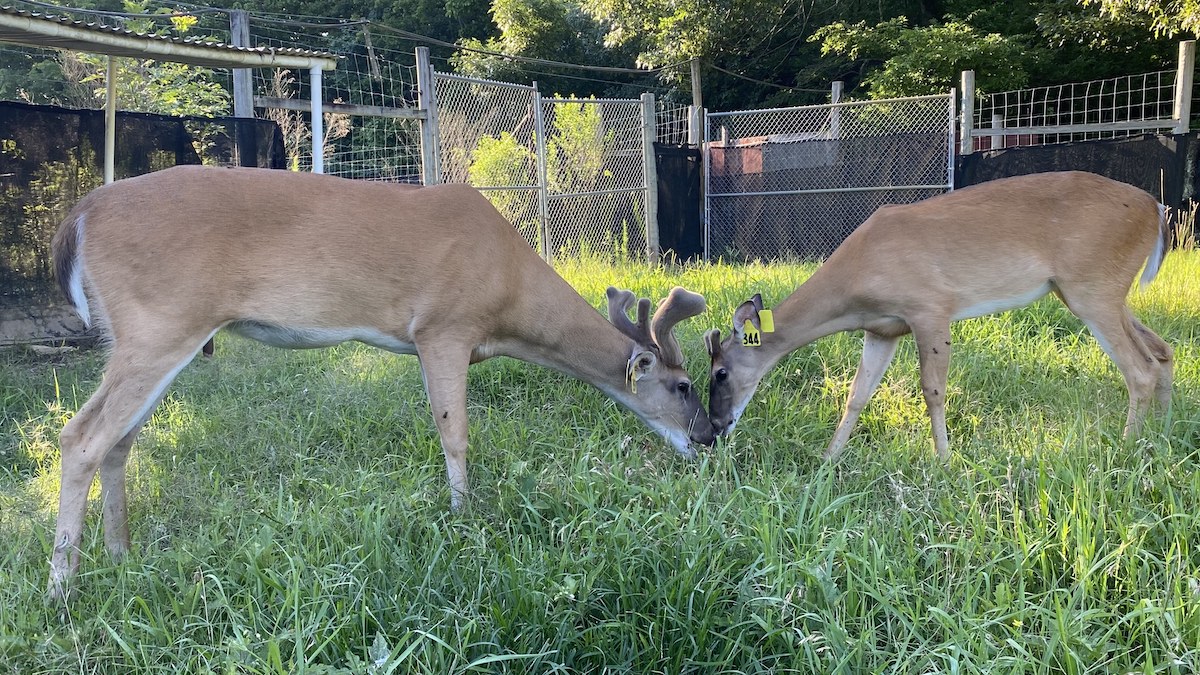 Check Your Work It’s important to remember that all of these clues are just that—clues. Aging deer on the hoof can only ever give you a rough estimate of a buck’s age and that’s even more true in the summer. Use these ideas to get a head start on the age-estimating process now but be sure to check your work as the year progresses. The closer we get to the rut—in November for most parts of the country—the easier this process becomes.

Nonetheless, beginning now is a fun and often beneficial practice. Study those pictures, glass those bean fields, and place your bets. Will he be a shooter? Will he be the buck? Only time will tell.

Setting the standard in high-end optical technologies, precision craftsmanship and ultra-sleek functionality, the Razor HD is one of the finest spotting scopes on the market.

Our favorite GPS / mapping app for your phone. A must-have for hunters and anglers.

Save this product
Outdoorsmans
Compact Tripod and Binocular Adapter

No matter how steady you think your hands are, nothing beats the view from a rock solid platform. The Outdoorsmans tripod is the only one built specifically for the demands of western hunting, and has been put to the test all over the world.

These are one of the lightest, most compact, full-size binos on the market.

The Basics of Summer Scouting Whitetails

In every state, hunters kill an average of 55% to 65% of the Pope & Young record bucks during the season’s abbreviated rut phase periods. That stat being what it is, it makes sense to scout during the post-season when the rut sign is still visible (scrapes, licking branches, runways in bedding areas, rubs) and the foliage in the trees is down. This way you are looking at the area in the exact state it will be in during the upcoming rut. By the...

The Art of Backtracking a Whitetail Buck

Late winter and early spring is, without question, my favorite time to be in the woods. A thin layer of snow, diverse habitat, and a season's worth of sign offer the makings for a whitetail hunter's best education. All the previous season’s sign stands out, and with the season having recently closed, you don't have to worry about pressuring the deer. These conditions make learning how the deer navigate and utilize the property more...

How to Use Mock Scrapes in Summer

The summer months are filled with anticipation and a curiosity to see which bucks survived the winter and how they will grow this year. Mineral sites and other food sources are effective ways to attract bucks to your area and to get pictures of them on your trail camera, but they’re illegal on a lot of public land areas and even on private property in some states. In big woods and large timber tracts, food sources are abundant during summer...