The Big Fat Cementum Aging Tooth Test (How Accurate Is It Really?)

One of the more recent activities to hit the world of deer hunting is cementum analysis of teeth to estimate age. The science of it has been around for decades. Cementum aging counts rings (annuli) in a deer’s teeth, similar to the annual rings in the cross section of a tree. There are unsubstantiated claims of over 90% accuracy of cementum aging.

However, in scientific literature a very wide range of accuracy is reported. To name a few, 85% (Hamilton et al., 2000), 71% (Jacobson and Reiner, 1989), and 31% accuracy (Shackleford, 1981). There are major variables that are known to effect accuracy including winter stress and food availability.

This past winter I submitted a batch of 41 whitetail deer teeth to a well-known business that offers the service to hunters. The deer were harvested over a 10-year period on several different properties in one general region in Iowa. Some were killed by others and some by me.

We knew the ages of the deer in the batch generally ranged from two years of age to seven or maybe older. Some of the bucks we had extensive history with. For each deer we had an estimated age in mind based on factors including history, tooth wear, and body characteristics.

I also included a simple test to evaluate the accuracy of the cementum based results; Of the 41 teeth in the batch, I included six pairs of incisors (from only six deer) but labeled simply as 12 separate samples. For me the knowledge gained would be worth the extra cost. Here are the results.

Of the six pairs of teeth, two pairs (four teeth) returned cementum estimates that matched my own age estimate. Based on this, the two bucks were likely age five and age six at time of harvest. 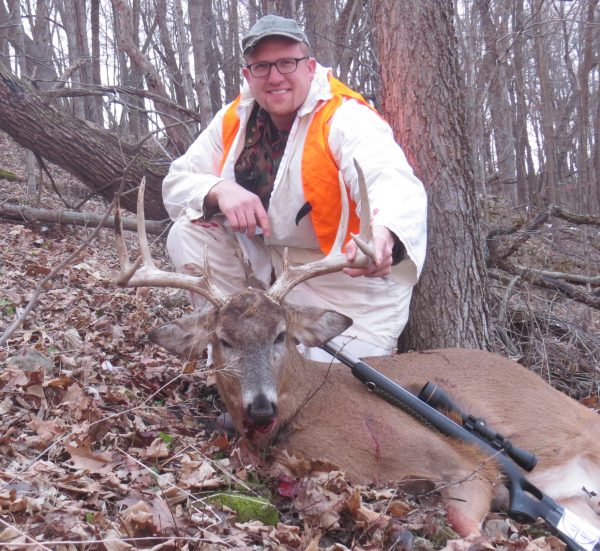 Five-year-old buck based both on my estimate (200# dressed weight in late December with one previous season of history) and matching cementum analysis of two incisors. By the way there was plenty of snow where I first shot this buck! 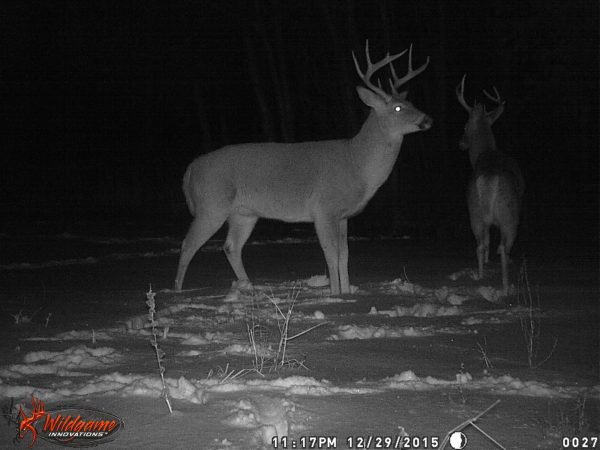 Photo of buck from previous year (three years old by my estimate, two by cementum analysis). 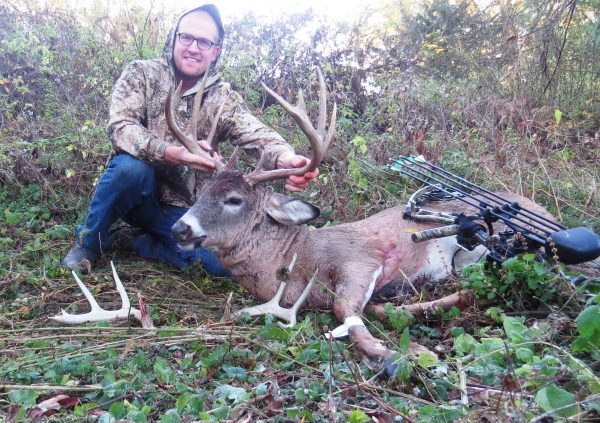 Buck at time of harvest (four years old based on my estimate, three based on cementum).

Now for the other three pairs of teeth in the test.

The fourth pair of incisors came back with two different ages – one at five and one at six. I am pretty confident this public land buck was six years old at a minimum based on major tooth wear but I didn’t have any history with him. Regardless at most one tooth was cementum aged correctly. 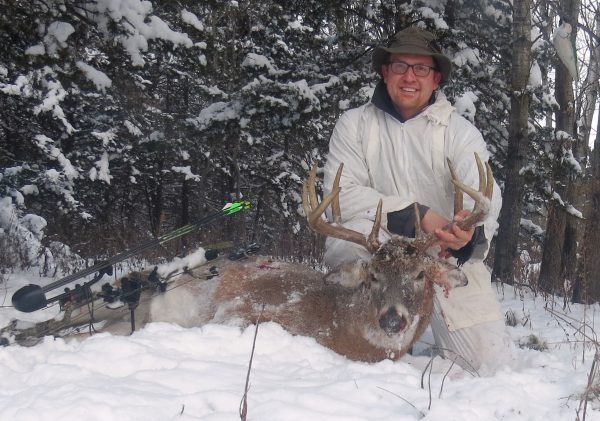 Likely six-year-old buck (one incisor was aged five the other six years old).

The fifth pair of incisors came back aged differently as well. One was aged at three years old and the other at five. These teeth came from a 270-pound live weight public land brute that I believe was five years old based on history, tooth wear, and body size. We will assume one tooth was aged correctly. 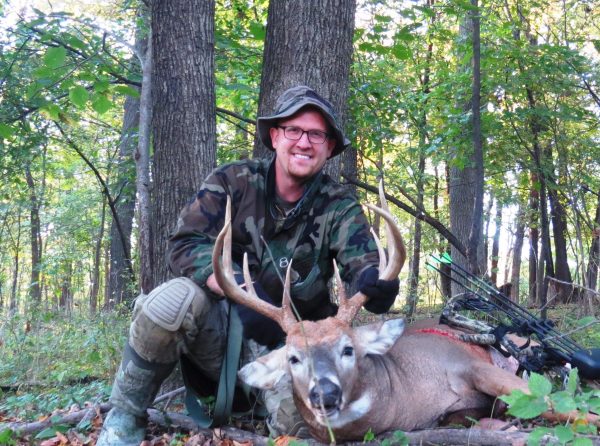 Likely five-year-old buck (one incisor was aged three the other five years old).

The sixth pair of incisors was the most interesting. Both teeth came back aged two years. I have no history with this deer to assist my estimate, but I can promise you, he is not a two-year-old buck. (See below) 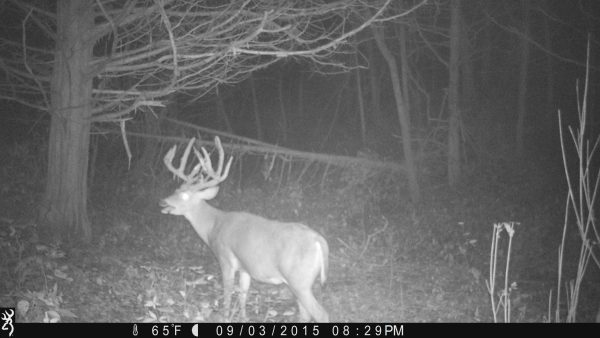 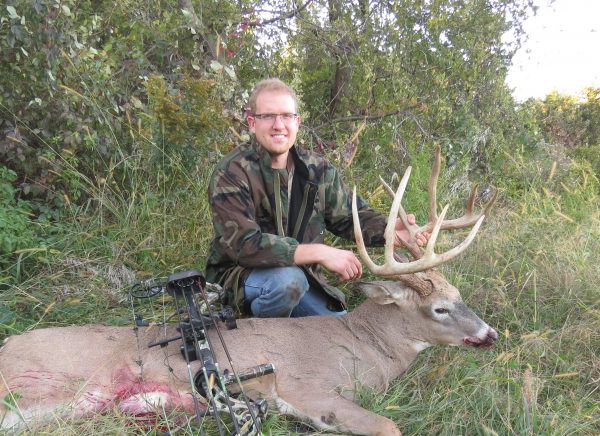 Summarizing the test group, of the six pairs of incisors sent in, I am confident six of the 12 teeth (50%) listed the correct age. Two of the incisors are considered “maybe” correct – the 150 class 10 pointer (17%). I am certain the other four listed incorrect cementum ages (33%).

A few notes on tooth wear. It has been proven that tooth wear varies by region and diet. I have been able to build a decent jawbone collection from bucks killed in the last 10 years or so, sorted by geographic region, terrain and likely similar diets. This collection is one of the components of my age estimates along with history and body characteristics.

There have been some assertions that tooth wear is worthless for aging adult whitetails. My experience from studying jawbones over the last 10 years suggests otherwise. Once again aging by tooth wear must isolate for geography and diet. Most studies that show the worst results with tooth wear aging fail to control for that.

Expecting +/- one-year threshold of accuracy with both cementum aging and tooth wear analysis may be a good idea in my opinion. 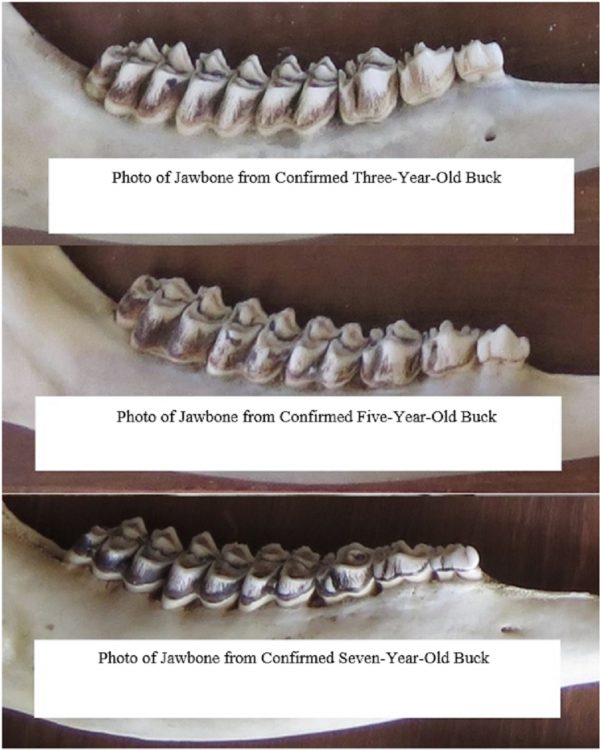 This comparison of bucks two years apart in age from the same geographic area show typical tooth wear differences. Tooth wear aging accuracy is much more variable when geography and diet variables are not isolated.

For the entire batch, my age estimate matched the cementum age estimate in 22 of the 41 (54%) teeth submitted.

Eight of 41 teeth (20%) returned ages that were different than my estimate, but without definitive evidence either way I lump these together in the “maybe” category.

The cementum age estimates on the remaining eleven teeth (26%) I am confident were incorrect. In most cases this is based on several years of history with the deer lining up with all other indicators. These are not WAGs (Wild — Guesses). Here is an example.

This is a buck that was cementum aged at six years old but based on history was no older than five when I killed him in 2011. 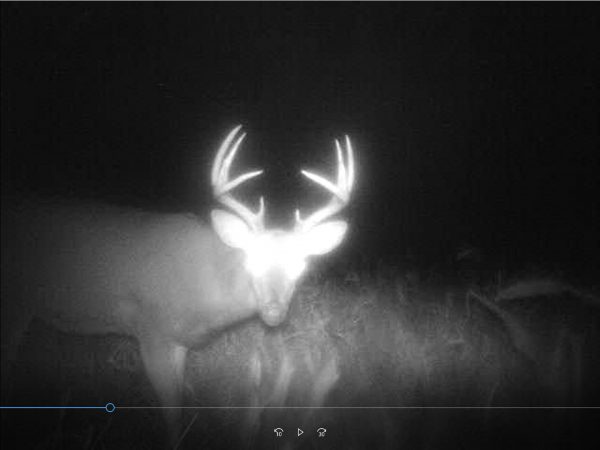 Frame from a video of the buck in September 2009 as a likely three-year-old 10 point. I think it is extremely unlikely he was a four-year-old at this point. If anything he may have been a two-year-old. 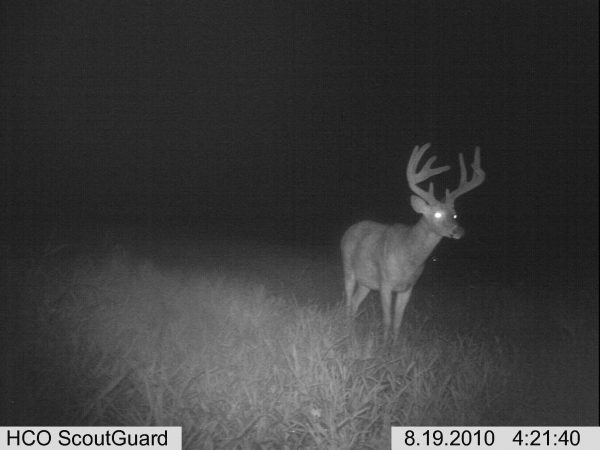 Buck in August 2010. Based on change from the previous year, I believe he was a four-year-old nine point. He lost his left G4 but kept the exact same shape of rack and lopsided brows. 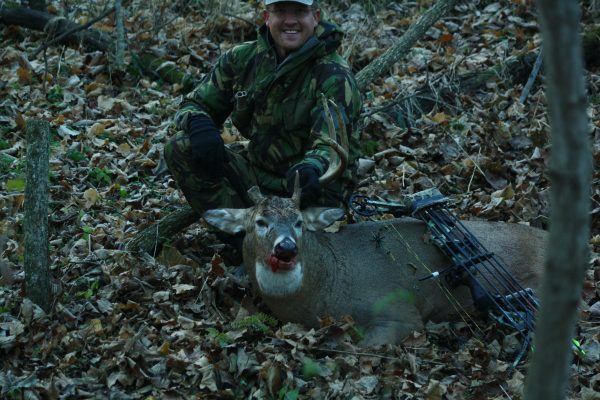 Buck in late October 2011 at likely five years old. He weighed 255 pounds on the hoof with a neck like a Brahma bull. I have photos before and after he broke off his left antler, the five-point side. This was a small property and he maintained the same pattern each year which allowed for a high degree of certainty.

Interestingly, my estimate was matched on 10 out of 12 bucks that I thought were at least six years old. Cementum aging accuracy appeared more variable for deer between two and five years old in this batch. All these numbers include the six pairs of teeth described previously.

To me it appears the accuracy of cementum analysis for these teeth is in line with scientific research but much lower than some unsubstantiated claims. In the test group the proportion of teeth which listed incorrect cementum based ages is similar to the proportion in the larger batch which supports this conclusion. It is not as simple as counting tree rings!

To me it appeared that around one-third of the samples in this batch have incorrect cementum estimates. Most of the incorrect ages were off +/- one-year but a few were +/-two years.

The accuracy of cementum aging appears to be highest on the oldest bucks, those over five years old. The analysis of young and middle aged bucks was less accurate.

Disclaimer time. This is a relatively small sample in statistical terms from one geographic area. Cementum aging accuracy is known to vary based on a number of factors. Form your own about the accuracy of aging methods where you hunt. As we know, the only way to be 100% confident of a buck’s age is to keep him in a pen and obviously that’s not the situation we are dealing with.

Regardless, I found these results interesting and hope you do to. It beats a WAG!

How to Easily Create Deer Funnels

Since the beginning of time, hunters have searched for points of concentrated travel while tracking deer movement. Centuries ago, Native Americans patiently waited over creek crossings, and today hunters try to get the drop on deer coming through bottlenecks in food plots. Taking advantage of high-traffic areas that funnel movement has always been a mainstay for chasing whitetails, and as hunters and hunting strategies have evolved, we have...

Ask MeatEater: Is It OK to Shoot Fawns?

You’ve got questions. We’ve got answers (and if we don’t, we’ll make them up). Every day, fellow MeatEaters send us more than 100 emails regarding hunting, fishing, cooking, conservation, and more. So, we decided to publish a series dedicated to our favorite FAQs. This is Ask MeatEater. Decisions regarding what deer to shoot almost always involve a complicated mix of personal goals, management criteria, and emotion. The decision whether to shoot...

The 3 Most Important Factors for Antler Growth

Karl Miller doesn’t hesitate when asked to list the five key factors of antler growth in white-tailed deer. “Nutrition, nutrition, nutrition, nutrition; and then age and genetics, but you can’t do anything about genetics,” said Miller, professor emeritus at the University of Georgia’s Warnell School of Forestry and Natural Resources. “Good health—physically and socially—also matters, but that’s a big function of nutrition. Healthy bucks best...