A Food Plot Lesson Learned – Take What You Can Get

Food plotting can be a crapshoot. Timing, weather, and decisions on what to plant can bog down all prior plans of an excellent plot. During the past few years of creating food plots, I have had both major success and very disappointing failure on my main Wisconsin property. These experiences help you gain perspective on the difficulty of attempting to create food plots. I am lucky to have access to major equipment—but that in no way makes my property resistant to failure. Sometimes you must take what you can get and work from there to improve. This year, mother nature was in my favor and presented a can’t-miss opportunity. But it hasn’t always been that way. Here’s a run-down of a few of my ups and downs as a food plotter and the lessons I’ve learned.

Four years ago my father and I attempted to create two different food plots, albeit our first plots, relatively close to one another. Both plots were in bottom fields sitting below major ridges. The plots were going to serve as a destination food source as bucks worked their way down from the ridge to the bottoms where we designed them. As fate would have it, one major rainstorm ruined one plot and weeds destroyed the other late in summer. Giant rocks pooled off the hillsides and worked their way into one food plot. Due to the steep topography in SW Wisconsin, large rocks basically swam through a ditch head and collected in my food plot in the bottom field—destroying a large portion of the Brassica and clover mix I had planted a month earlier. 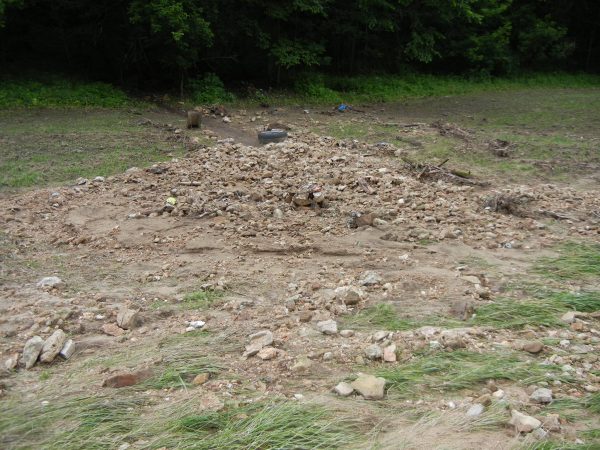 About two-hundred yards away in my other plot, clover was attracting deer all summer until weeds began to take over in mid-August. Weather and inexperience had done me in this time. Rocks were coming off the bluffs whether I liked it or not, but the weed issue at the other location was avoidable, to an extent. I had access to large equipment, certainly I should have mowed this more often. Also, the weedy plot could have been sprayed for grasses—you live and learn. Fast forward three years, I worked extensively to clear out all the rocks that had flooded the location that housed the late season and clover mix. We removed many rocks by hand and some with a lift bucket tractor attachment. I re-planted the area in Whitetail Institute Fusion. Once again, a major rainstorm had brought more rocks off the hills and collected in the plot again. This time, the damage was much less and the rocks were concentrated in a smaller area. I worked around the rocks and did what I could do with limited time. With consistent mowing and spraying, I now have this plot flourishing with clover. 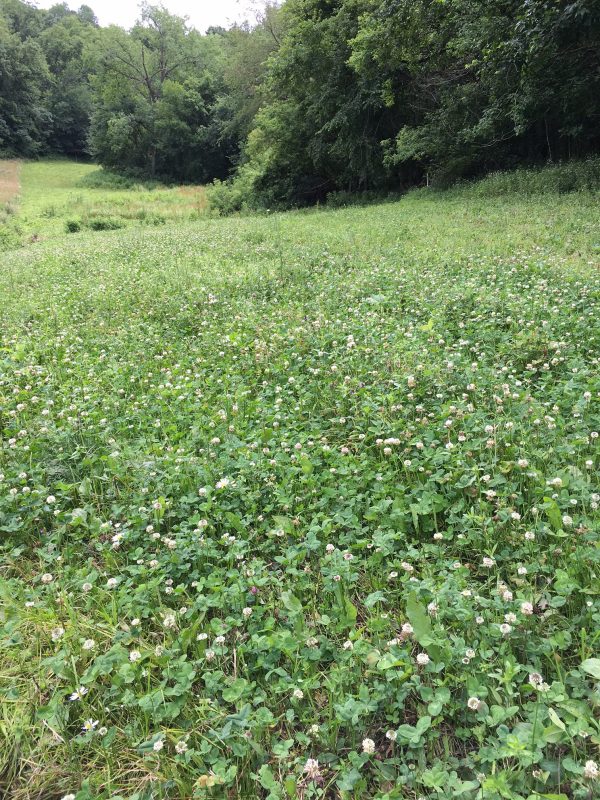 Many portions of Wisconsin received lots of rain last year which has continued into this summer as well. The farmer who rents my family’s land for crops was not able to plant about a ¼ acre of the field this year due to standing water. While the rest of the field is planted in soybeans, I took it upon myself to take advantage of this dead space with the farmer’s permission. This small area recently dried out and created an opportunity to plant a late season mix to provide attraction and nutrition. The best part about this field is that the farmer recently sprayed his soybeans and parts of this dead space as well, killing all weeds. With about one hour of work, I had this field tilled up with a box blade and planted in turnips, brassica, radish, and sugar beets. The execution of the plan was simple; I saw an opportunity and jumped on it. Yes, I had access to large equipment, but even if I hadn’t, I could have (and would have) spent hours raking this area by myself to get seed in the ground! At times, you can work and work to create a plot and seemingly get nowhere. Other times, opportunities present themselves on a silver platter. 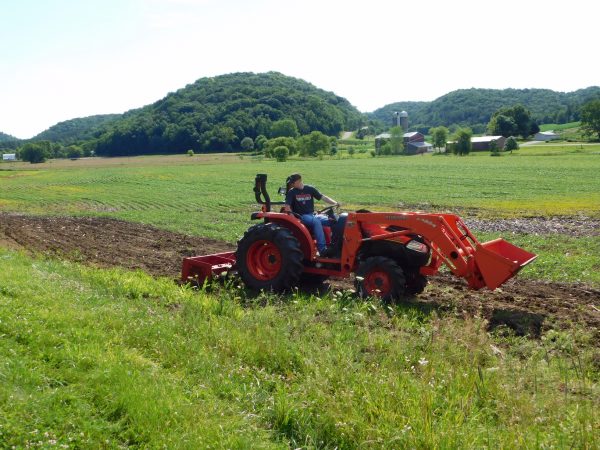 There is no guarantee my new late-season plot bordering the farmer’s soybeans will be a great hunting location. However, it is yet another factor which could tip the scales in my favor in terms of holding more deer on my property all hunting season. When this plot becomes attractive around Late-October and beyond, it could be the difference in a hit list buck sticking around for a few more days during the rut. Food plotting is all about hard work, planning, and taking what you can get, when you can get it. Fortunately for me, this opportunity fell into my lap and I took advantage.

The Most Underrated Type of Food Plot

Safety, cover, and high-quality forage are key for whitetail management. Provide those features and you will immediately improve the huntability of your food plots and how frequently deer utilize the space. However, you must also consider crop height, cover screens, protein levels, and soil nutrition when choosing warm and cool-season plantings. Sunn hemp checks all those boxes. Sunn hemp is a sub-tropical, shrubby, branched legume native to...

“What is the best food plot to plant“? Everyone wants to know what is the secret food plot seed thats going to magically make big bucks appear and will lead you to putting giants on the wall every year. Unfortunately though, there is no such such food plot, seed, or forage out there. There is no one size fits all option, there’s no quick fix, and there’s no single best food plot! There just isn’t. Food plotting is a game of circumstances. The...

How to Plant a Late-Season Food Plot

It’s easy to overcomplicate the simple process of creating a late-season food plot. We are surrounded by information that provides us clues for how to grow a successful plot. Check out the corn and soybean fields booming across the nation and take your lead from the folks who grow crops for a living. Consider the seasonality of the crops you will be planting and when you want deer to be grazing them. With a few basic gardening tricks, you’ll be...