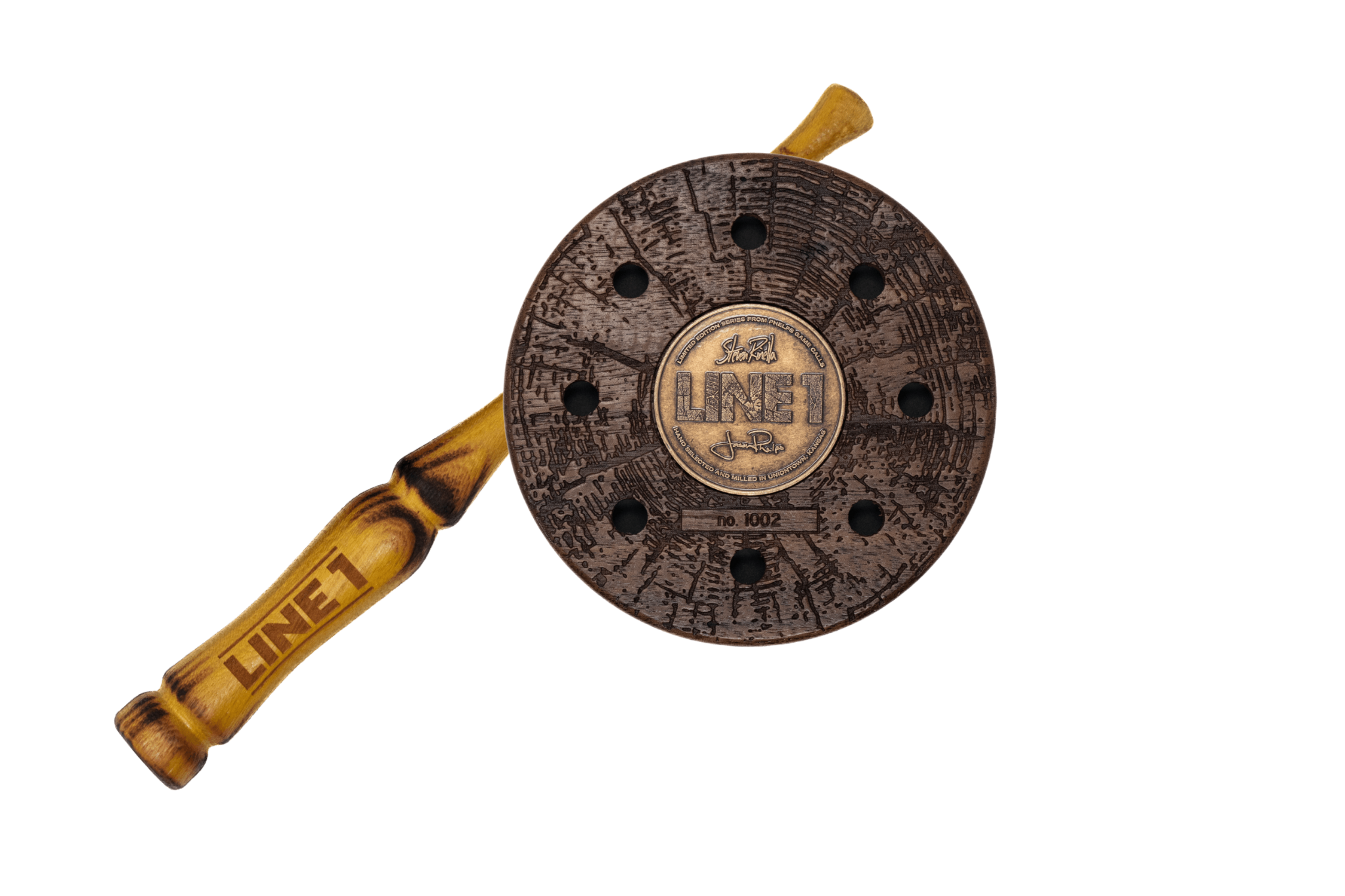 A LIMITED-EDITION TURKEY POT CALL FROM PHELPS
HAND-SELECTED AND MILLED IN UNIONTOWN, KANSAS

It's a beautiful, good-for-the-rest-of-your-life kind of thing. Folks will love having something that they can refer back to a specific tree in a specific place, with a specific collection of people that sawed it, milled it, dried it, crafted it. These calls are gorgeous and they tell a cool story.
- Steven Rinella 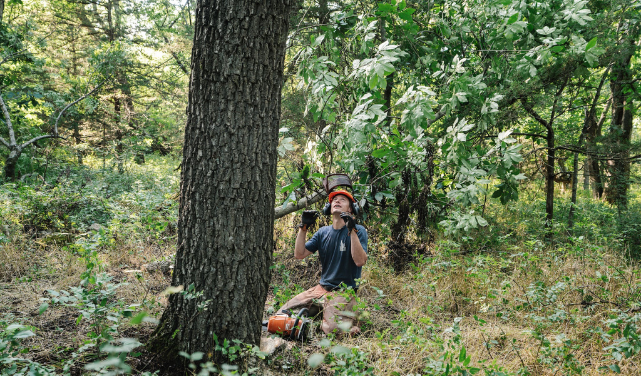 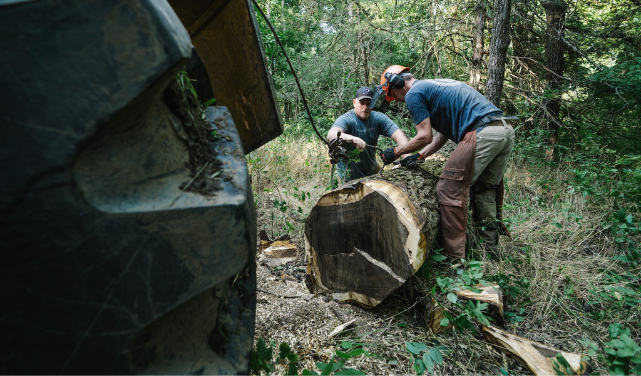 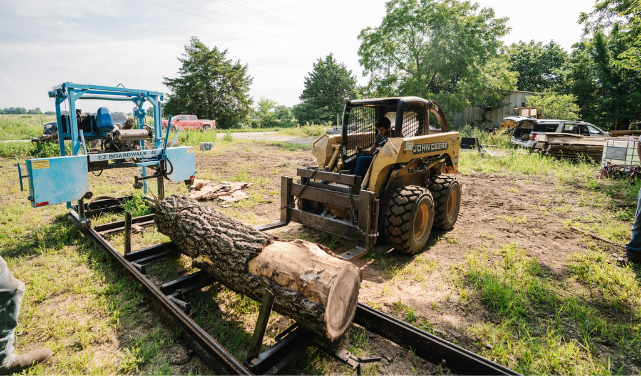 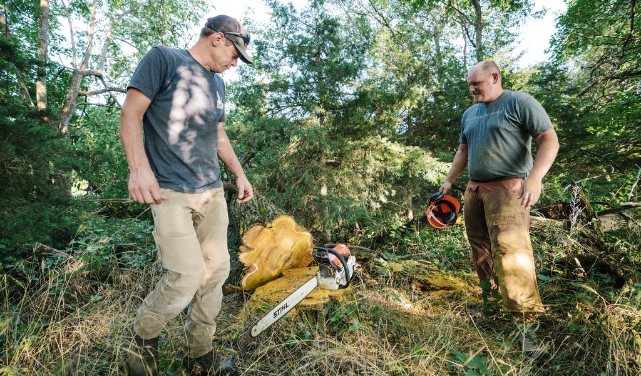 Certain trees stand taller among our hunting memories. The white pine where your daughter killed her first gobbler; the oak where your dad killed his last.

One such memorable tree caught the eyes of master call maker Jason Phelps and MeatEater founder Steven Rinella in May 2021. It was a black walnut towering between fields of corn and clover on the Turkey Creek Farm outside Uniontown, Kansas. Phelps and Rinella came to this tree, saw in hand, with a plan to document the process of manufacturing a small run of turkey pot calls from a single walnut, with all work being done in the United States. A few hundred yards away, they felled an Osage orange tree that would yield the necessary number of strikers.

MADE IN THE USA

Phelps and Rinella helped mill the walnut and Osage orange in the nearby town of Walnut, Kansas. Then Phelps shipped the wood to a kiln near his home in Washington State where they dried to 8% moisture content. Kilned, cut, lathed, and lacquered, the finished hardwood looks like dark chocolate melting into light coffee.

If you look at the pot calls out there, nobody ever tells you where the wood comes from. There's no story behind it.
- Jason Phelps

The call builders finally mounted their resonating pots with a West Virginia slate soundboard, Illinois crystal striking surface, and a weathered brass medallion on the floor. Each pot is paired with an Osage striker that’s been slightly singed for added color, and each is stamped with a sequential number that marks the order in which it was finished. 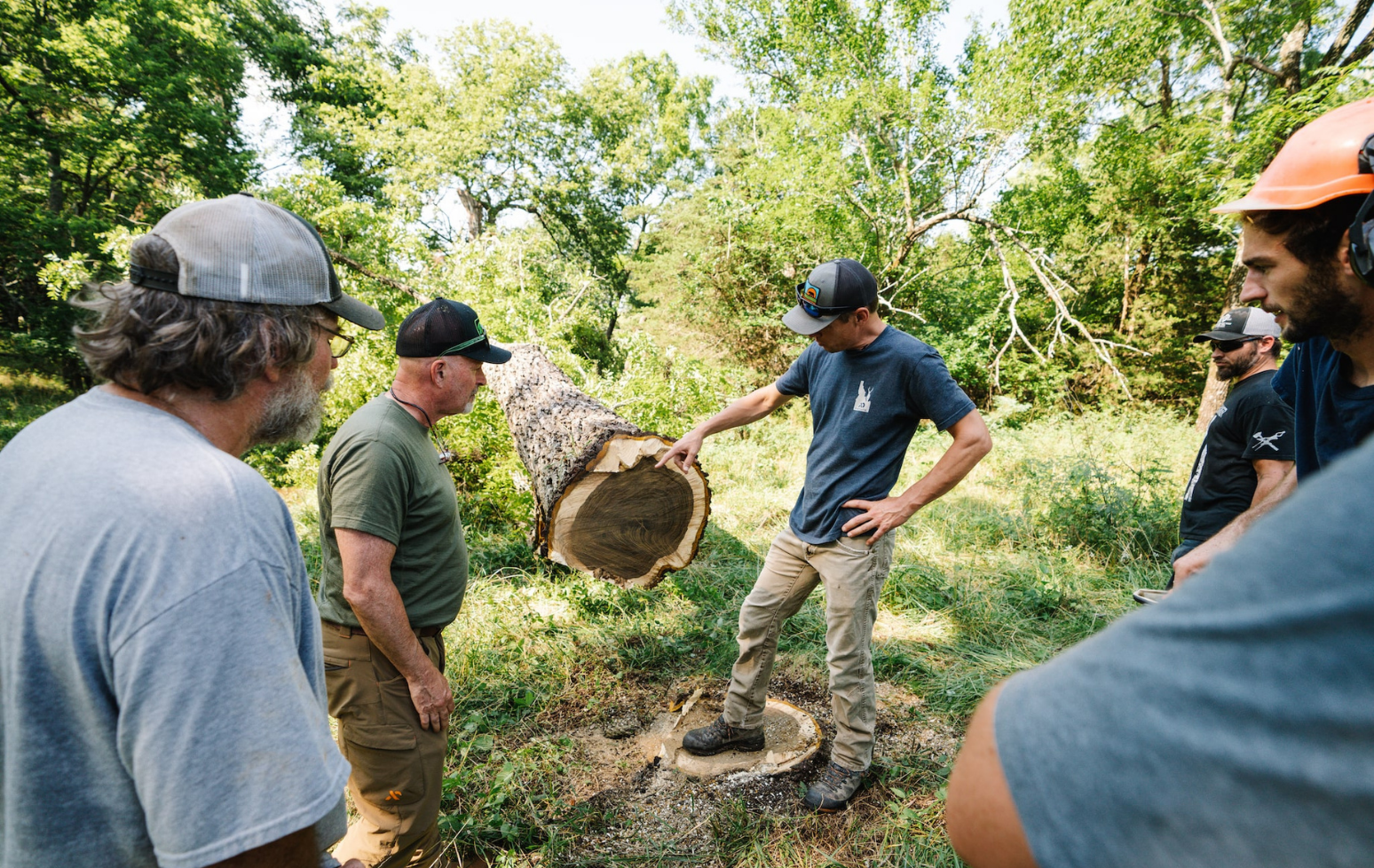 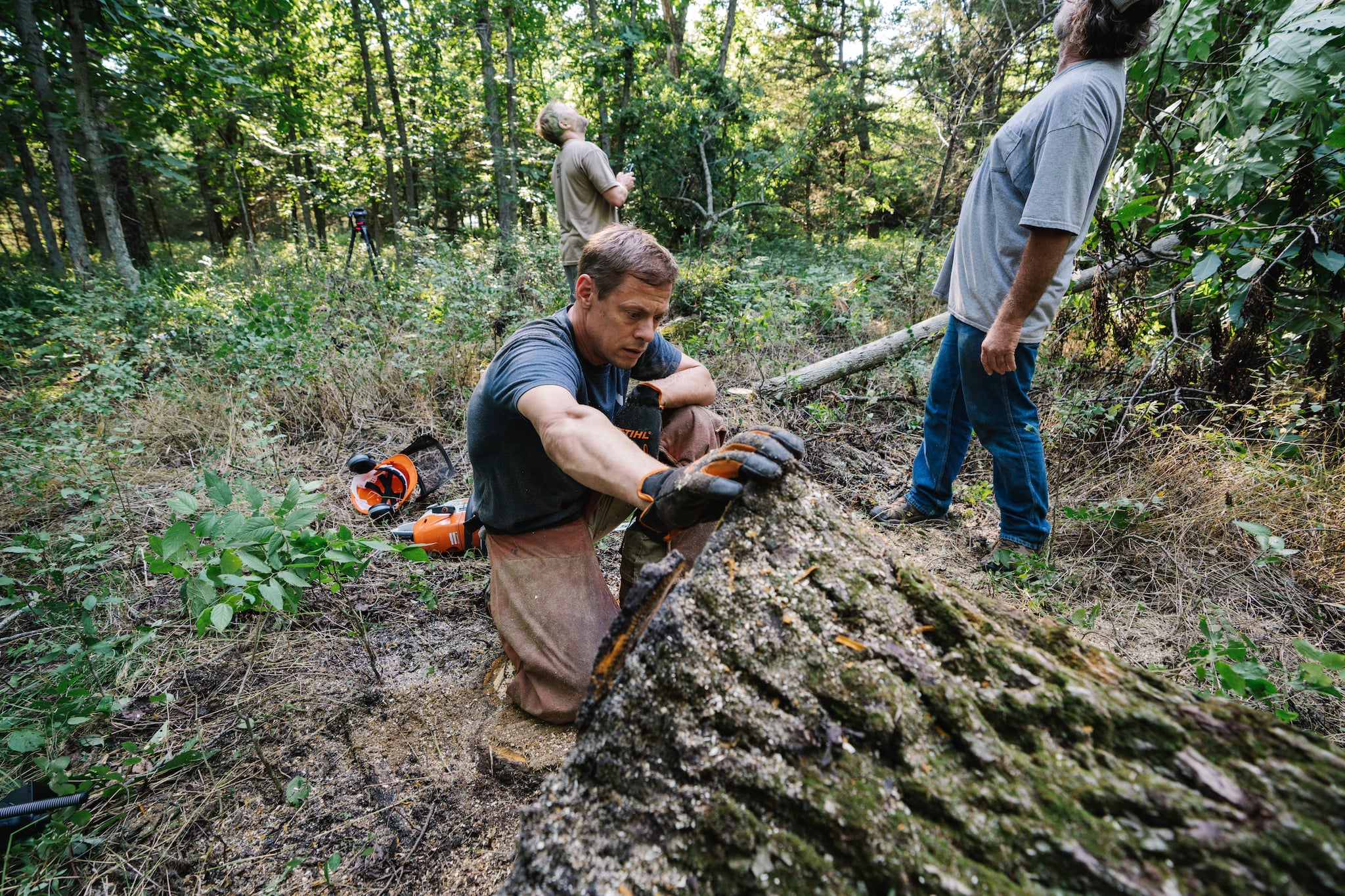 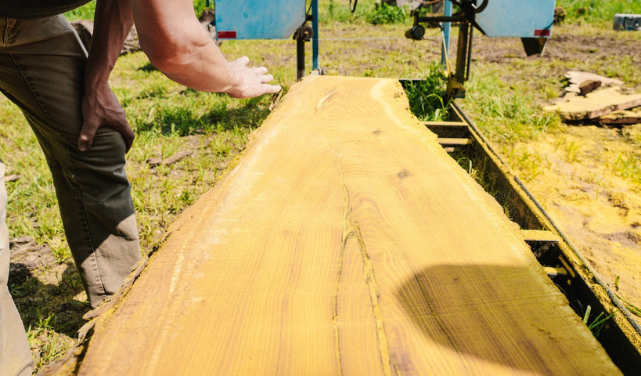 When I was in high school, my old man and I chopped down a couple of oak trees while clearing some ground to build a pole barn. We bucked the oaks into logs and had them milled into planks, then stacked them in the garage to dry. Years later, after my dad died, I finally got around to building an office desk and a workbench out of that wood. It was cool to see that process through, and I dreamed of doing something similar with turkey calls.
- Steven Rinella

Phelps and Rinella recovered 1,400 individual Line 1 Turkey Pot Calls out of that one Kansas black walnut and its Osage neighbor. They’re available from now until they’re not. 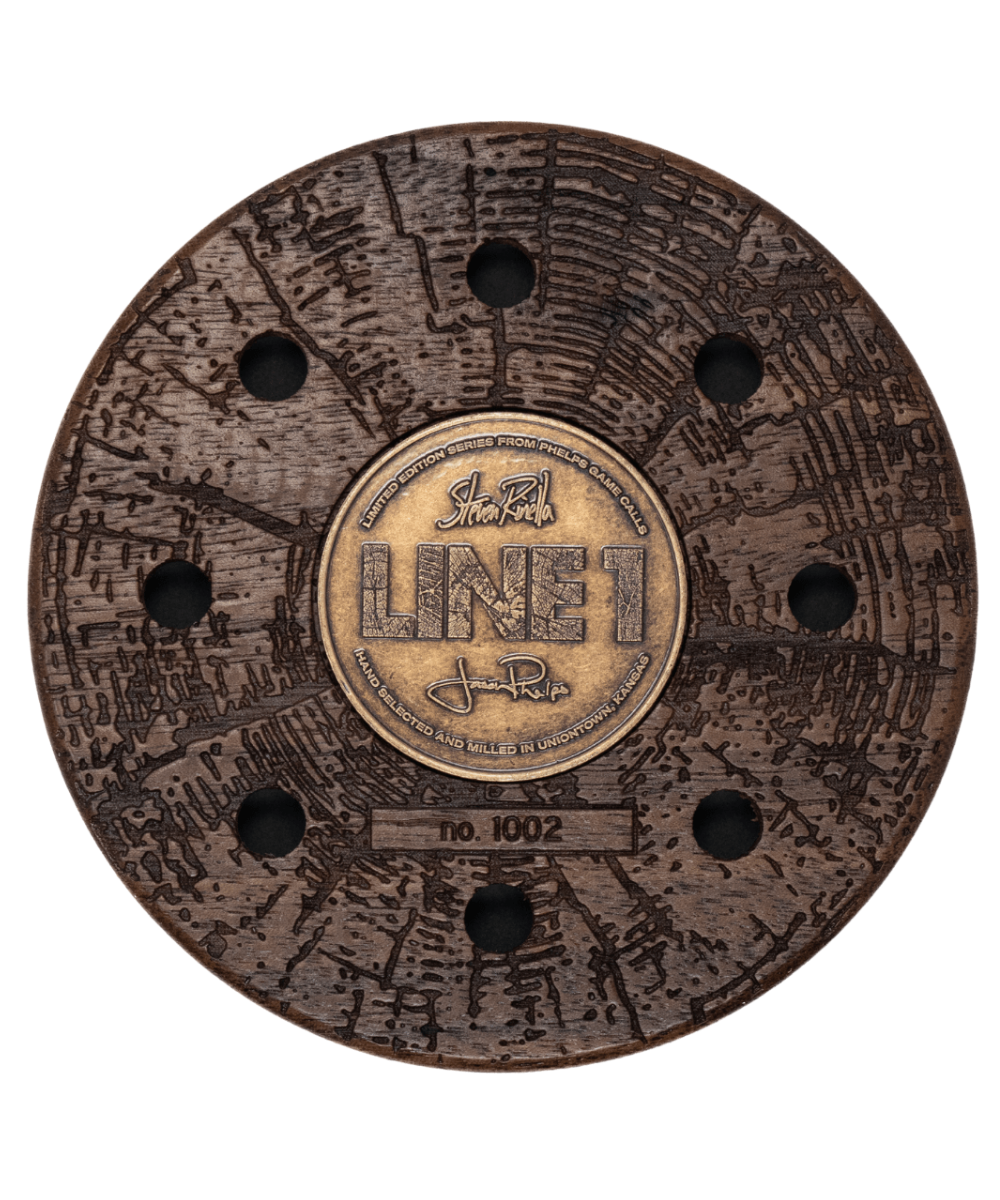 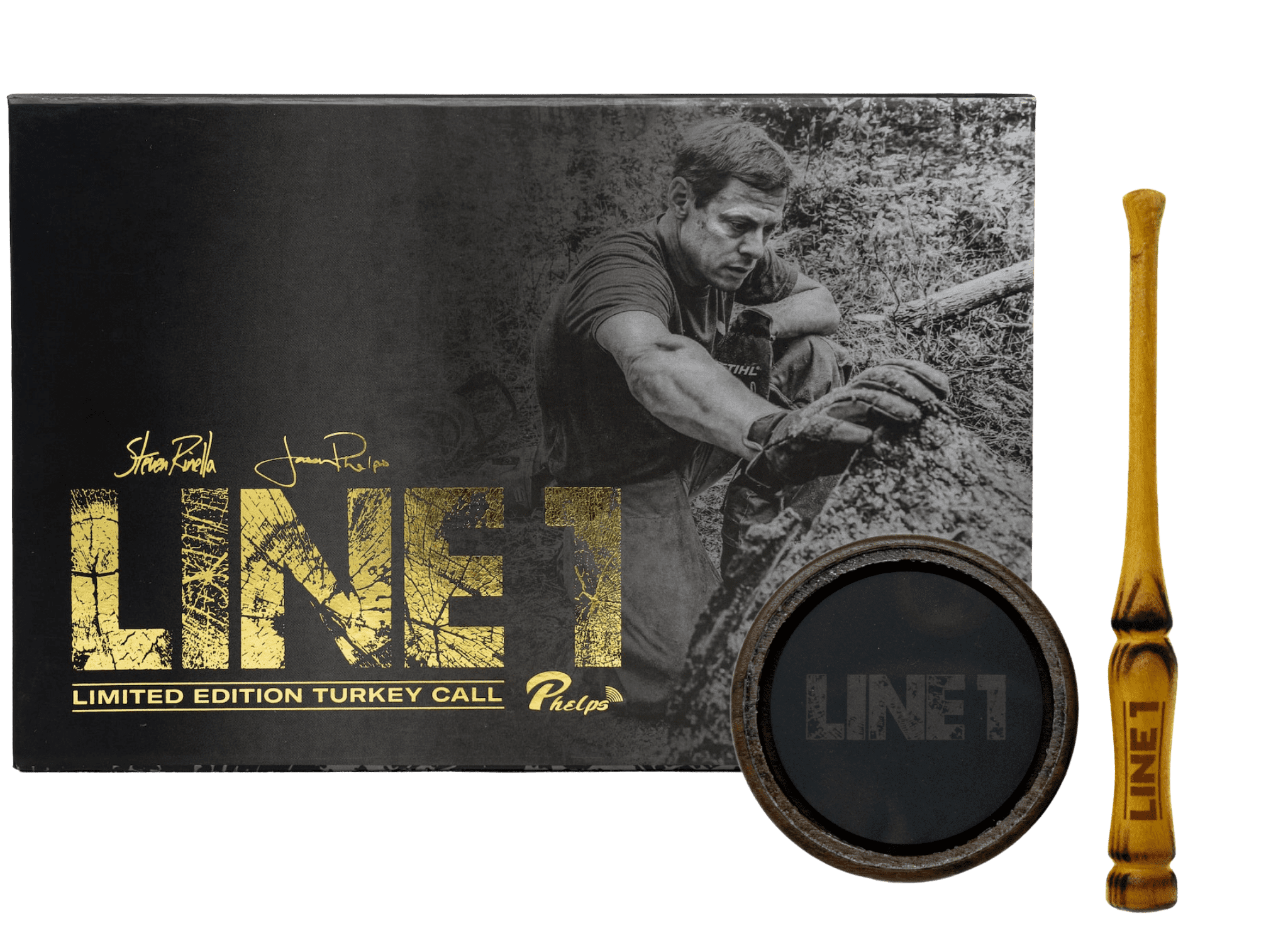 Not only did we want the call to be exceptional, we wanted the experience—with the story, the limited-edition numbering, all of that, to be personal. And it's just some of the prettiest wood you've ever seen.
- Jason Phelps