Subjects Discussed: Are coyotes and wolves really killing all the deer?; habitat as the driving factor for deer populations; is Doug part of the problem or part of the solution?; dirty farming vs. clean farming; newspapers and the death of outdoor columnists; the pen is mightier than the fire hydrant; resident locksmiths on naval vessels; fatherly advice; Deer and Deer Hunting magazine; why you should hunt whenever the Green Bay Packers are playing; expert hunters who can’t tell one tree from another; deer make people stupid; the viciousness of deer politics; the scholarly consensus; the most insulting article someone could write if his aim was to piss off deer hunters; blaze pink; the relative merits of various midwesterners; buck movements during the rut; shirkers; stress impacts on antler development; do sanctuaries actually work?; lunar phases and deer movements; is camo a bunch of bullshit?; selling venison; and more.

Some of our favorite articles by Pat Durkin:

Should You Be Allowed To Sell Venison?

The Private Life of Deer- Infographic: Learn About the Whitetailed Deer

The whitetailed deer (Odocoileus virginianus) can be found anywhere from Southern Canada to South America. The white tail for which the animal is named is a key feature for communication; when the tail goes up, it’s signaling neighboring deer to be on high alert. Highly adaptable, the deer is able to succeed where other species cannot—in wild spaces that border developed areas, suburban homes and farmland. Just a century ago there were around 1 million deer in North America. Today, there are 30 million. 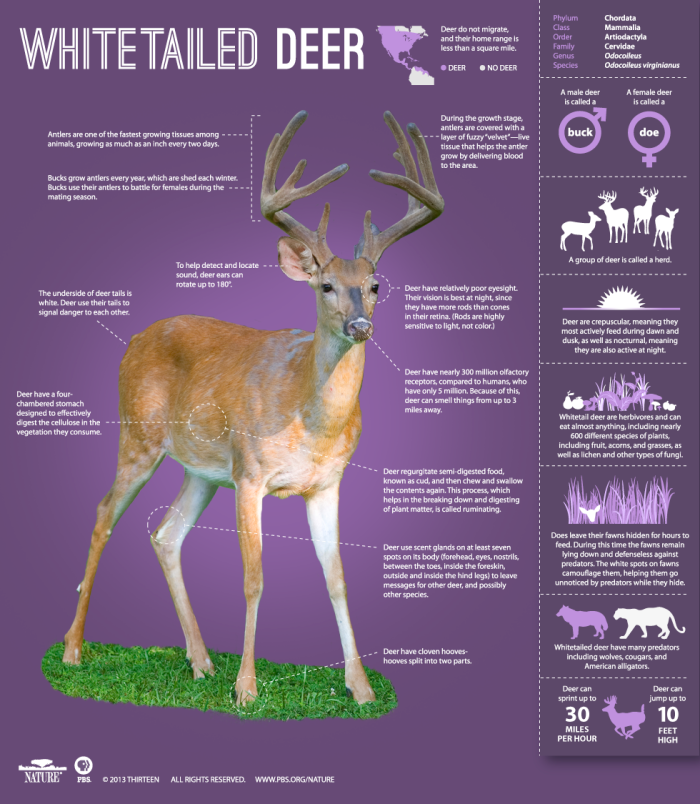 Woodsmanship, the Lost Art of Hunting– because woodmanship can only make you a better hunter.

In an audio statement, Steven Rinella addresses questions about the direction of MeatEater, Inc., the company’s creative freedom and the Second Amendment.