Hunting Mature Bucks During The Rut with Greg Miller

THE. RUT. Those two words trigger thoughts of sheer happiness and dreams filled with big bucks for deer hunters. For most people, it’s their super bowl, and the time of the year we look forward to the most. With that in mind, I wanted to reach out to somebody who’s garnered success during the rut over the years to see what we could learn.

Greg Miller is someone who has been hunting mature bucks for a long time and I thought he’d be a great person to chat with about this topic. To get Greg’s take on the rut, check out our Q&A below!

Q: At a high level, how do you view the rut? Do you get as hyped about it as most deer hunters or do you view it differently?

Greg: I view the whitetail rut this way; it’s here before we know it, and over way too soon! But on a more serious note, I still get very hyped about the rut. Because at no time throughout the hunting season are mature bucks more visible than they are during the rut. And if they’re visible, they’re killable. ‘Nuff said!

Q: What type of terrain do you like to focus on? Is there something that you’ve found mature bucks gravitate towards during the rut over the years? 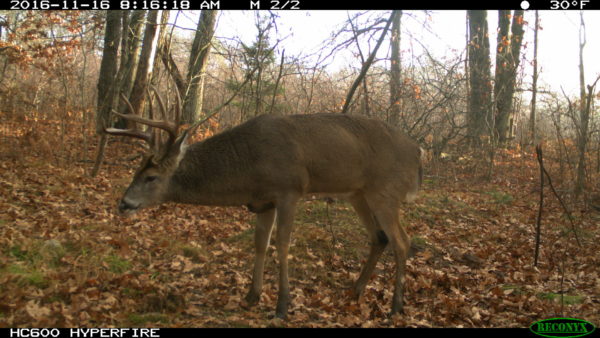 Q: How often do you pull an all day sit? Do you see much for mid-day movement during the rut? If so, what time of the rut would you be most inclined to sit all day?

Greg: Thanks to recent major back surgery, the days of me being able to stay on a stand from daylight til dark are gone. However, back when I could sit all day I did notice that there often seemed be a slight flurry of big buck activity around mid-day (from 11 am to 1 pm). Of course, much of what happens in regards to daylight big buck activity during the rut is very dependent on the weather. More specifically, it has to do with daytime temperatures. Simply put, hot weather can severely suppress daylight activity. And as a lot of deer hunters will attest, we’ve had more than our share of hot Novembers the past four or five years. But look out on those days when temps are cool or cold, because big buck activity is going to be off the charts!

Q: Do you do much calling, or use any scents this time of the year? Are there any tactics that you think people look over?

Greg: I’m a huge fan of calling during the rut. More specifically, I’m a big fan of rattling. And that’s because I’ve been fairly successful at rattling in big bucks. So what do I consider “successful”? Well, I’m not sure I could even come up with a percentage for how often my rattling efforts have been rewarded. (Trust me, there are far more times when I get no response than vice-versa.) But here’s my philosophy on that. I firmly believe that it never hurts to try rattling a couple times each hour during the rut. In fact, I do a lot of what I call “blind rattling”; meaning that I almost always rattle when no deer are in sight. I also know for a fact that I’ve called in and killed some big bucks that, had they not heard my rattling, would have never come with sight or within bow range. What’s more, I’ve not really seen any indication that rattling spooks deer. Provided, of course, that a person doesn’t try calling when deer are close enough to spot you as you’re going through a rattling sequence.

And as for using scents during the rut; I’ve made it a habit to spray the bottom of my boots with some doe urine prior to walking into my stand sites. It’s amazing how many deer, both bucks and does, have scent-trailed me to right to the base of the tree where I’m perched. 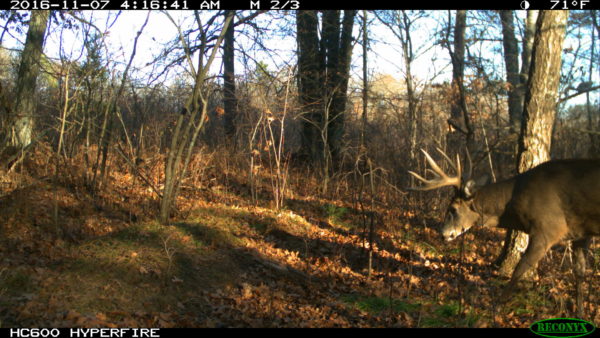 Q: In your opinion, what is the most overlooked aspect of hunting the rut?

Greg: In my opinion, one of the most overlooked aspects of the hunting the rut is waiting in ambush along parallel runways. These runways are found around the outside perimeter of antlerless deer feeding areas. Rather than leading to the food sources, however, they actually parallel feeding areas and cross all the runways that do lead to the food. By walking these parallel runways during the rut, cruising bucks are able to quickly and efficiently check all the runways around feeding areas for the presence of estrous scent. I’ve personally seen rutting bucks do this at all times during the day.

Greg: In my opinion the most overrated part of the rut is the belief that, because bucks are so preoccupied with finding hot does, hunters no longer need to be quite so careful about keeping a low profile. While it is true that big bucks occasionally will become careless during the rut, the same doesn’t apply to antlerless deer. In fact, if my observations over the years are any indication, it would appear that mature does seem to crank up their survival instincts a couple notches during the rut. I can’t begin to tell you the number of times I’ve had a big buck dead to rights, only to have a mature doe somehow figure out that something wasn’t quite right. 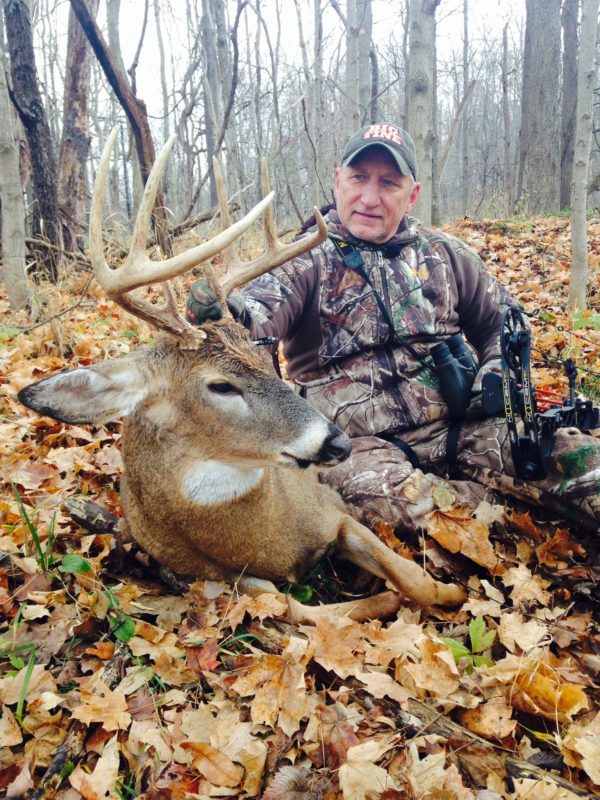 Q: If you could only give one piece of advice to somebody who wants to harvest a mature buck during the rut, what would it be?

Greg: If I could give one piece of advice to somebody who wants to harvest a mature buck during the rut, it would be to spend as much time in the woods as physically possible at this time of year. Provided the weather and temperatures are right, it’s entirely likely you could see just as much rut action at midday as you see at first light or last light.

The third week of September coincides with the peak of the elk rut, when bulls are fighting, bugling, and chasing hot cows with reckless abandon. Last year, the timing was perfect for calling in an aggressive bull during Colorado’s muzzleloader season—unless you’re one of those hunters that swears a full moon shuts down or delays the elk rut. I’ve killed elk during all moon phases, so I’ve never wasted much time on that line of thought. But I’ll...

26 Days In A Tree: Lessons Learned Chasing the Rut

By Mark Kenyon It started on October 24th and it ended this Monday, November 19th. My annual rut hunting marathon. Over that stretch I hunted 26 of 27 days. 15 of those days were all-day sits. And I had encounters with my target buck 11 times. I sat in temperatures from the teens all the way up into the 60s. I sat in rain and snow. I stood in wind and fog. At times I sat for hours and saw nothing. Other times I saw dozens of deer in just minutes...

Editor’s note: If you’re new to our DIY Deer Hunter Profile series, here’s the scoop. In each of these pieces, Andy May, a DIY whitetail specialist himself (listen to him on Ep #162 of the podcast), hand picks and interviews the best DIY deer hunters from across the country to help us better understand how they do what they do. After reading today’s profile, be sure to CLICK HERE to see the other hunters Andy has profiled. – MK By Andy May Travis...