In the evening hours of Sept. 6, two Alaskan moose hunters ventured out for a quick glassing session. Scott Willis and Shane White, both Alaska natives and lifelong hunters, are no strangers to bear country. They were prepared—it is Alaska after all—but an attack was the last thing they expected.

White owns a cabin near the Eureka Roadhouse in the Matanuska Valley east of Anchorage. He says it’s bear country, but he’s barely ever seen them nearby. The pair took off on four-wheelers, traveling about 5 miles from the cabin to glass.

“When we were going out that evening we were only going to go out and glass until it got dark, then head back to the cabin,” Willis said.

They located a good bull and wanted to get a better look, so they hiked about a mile closer. The moose was still far off, so they weren’t concerned about being loud hurrying through brush. They were making enough noise that they didn’t believe they would startle a bear. 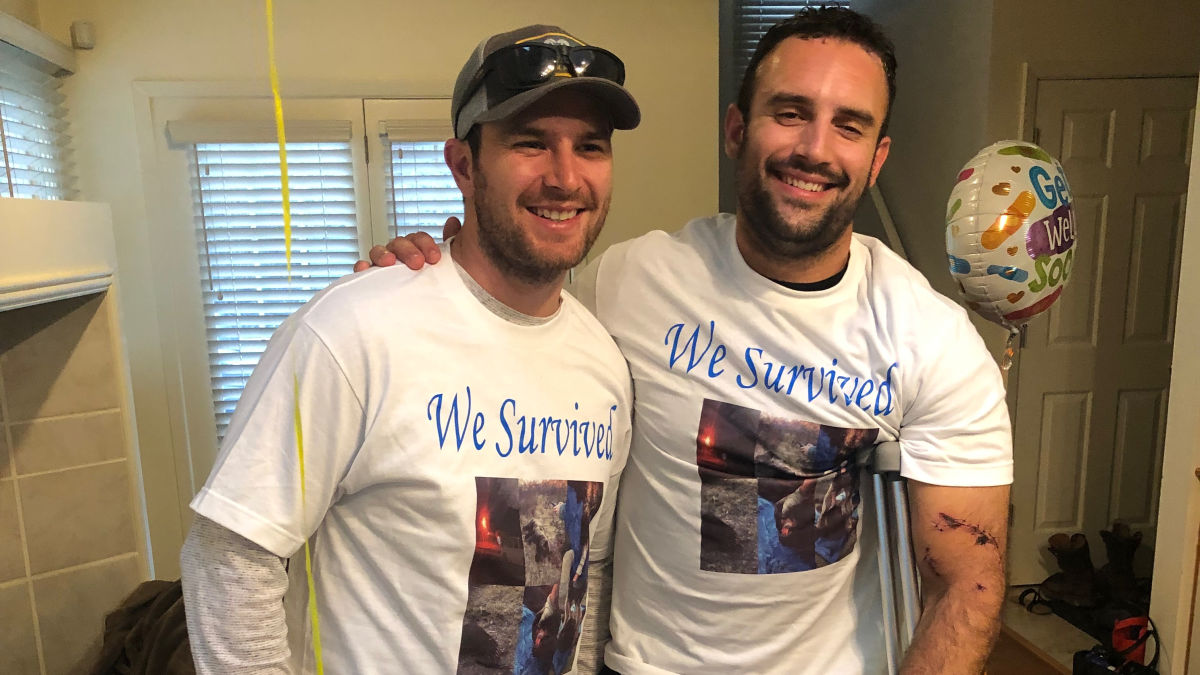 As they came into the bottom of a small drainage, a 7-foot grizzly appeared out of the brush.

“When I first saw her, she was already at full speed, ears pinned back coming out from behind the bush. She was set on Shane,” Willis said.

However, the bear turned wide and targeted Willis instead. He was able to get his rifle off his shoulder and chamber a round.

“I remember bringing the muzzle up to her and she was about a foot away when I was able to pull the trigger,” Willis said. “I heard a shot go off. I could see the blast from the muzzle kind of ruffle her neck. She didn’t act hit.”

Unfortunately, the shot didn’t connect with bone or vitals. Later they found that the bullet just grazed the fur on the side of the bear’s head. The bear overtook Willis, knocking him to the ground. 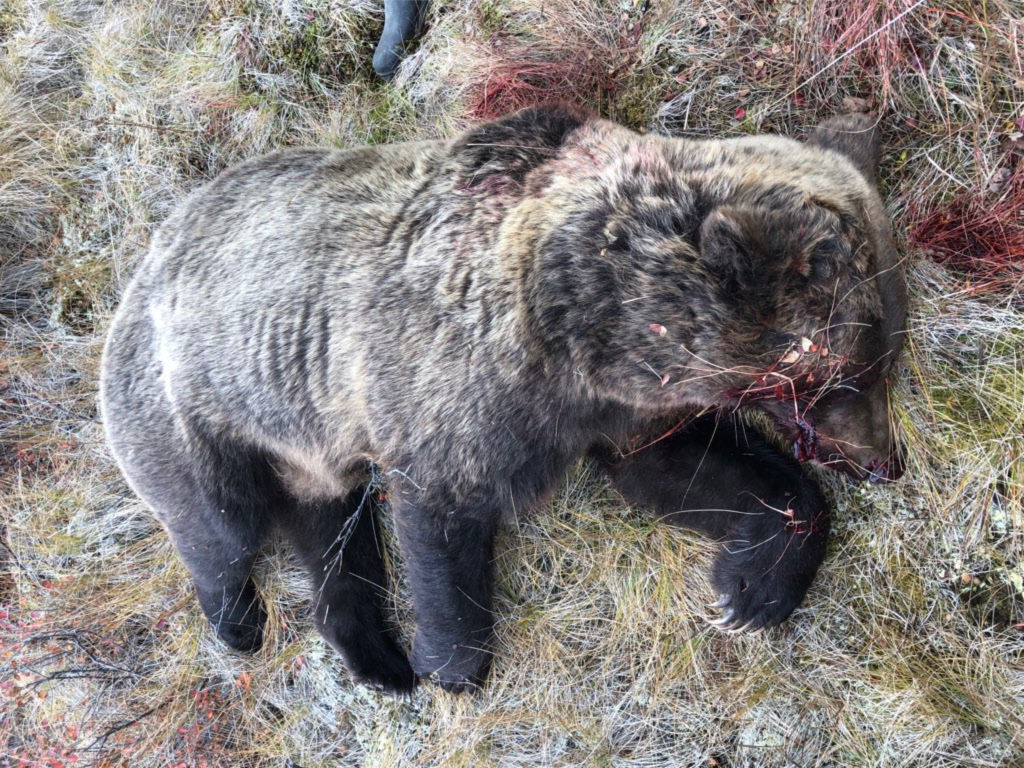 “The actual [time with] her on me was pretty blurry. I remember she had my boot in her mouth and she was doing a head shake and going to town,” Willis said. “Then I remember she let up and that’s when she reared up and she brought her two front paws up and she started snapping her mouth.”

The last thing he remembers is when the bear bit into his head—her upper jaw on top off his head and her lower jaw down behind his ear on his neck.

White was standing just 10 yards away from Willis. When the bear first came out he took a cartridge off the stock of his gun and loaded it, then he heard Willis scream. The bear was on top of Willis, bouncing up and down. White got right next to the bear and fired.

“She blew off and was on her back and her toes were pointing straight up in the air,” White said.

Willis got back on his feet, fueled by the adrenaline. That’s when the bear’s two, 6-foot cubs showed themselves. White fired one more shot to scare them away. 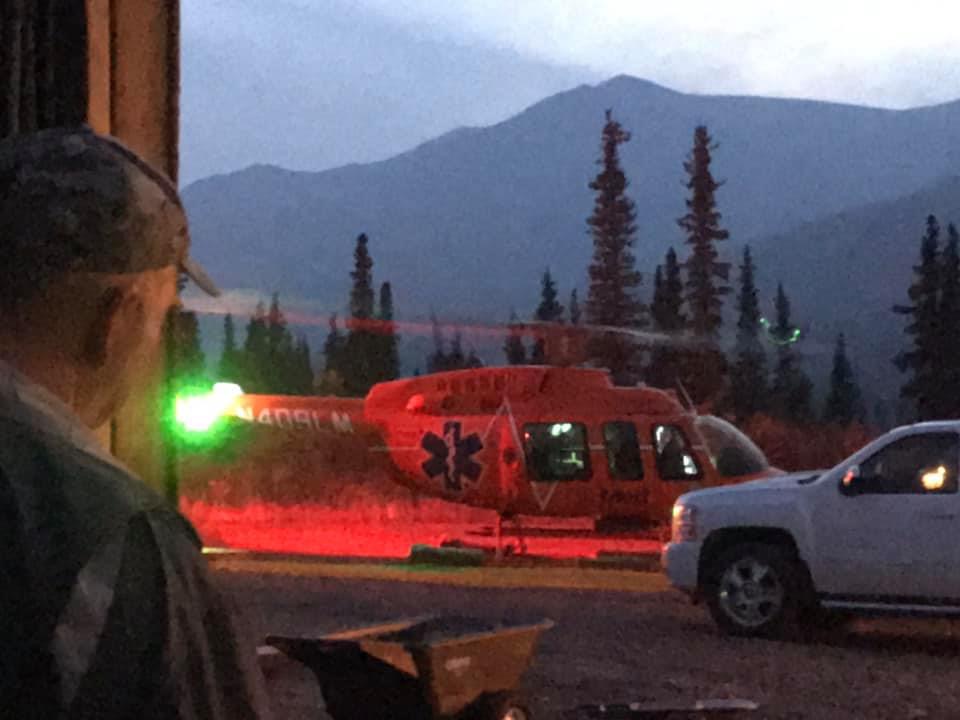 The attack was over—they estimate it only lasted about 45 seconds—but due to the severity of his injuries, Willis was still in danger. The bear had completely torn through his scalp, exposing his skull. Her lower canine caught right behind his ear, leaving a hole large enough to fit a finger inside. She exposed his left bicep, but luckily no veins were hit or muscles torn.

The bear had also violently shaken Willis by the foot, causing the skin around his Achilles to tear open, exposing tendons and ripping out nerves. He had other scrapes and cuts on his chin and chest that would require stitches.

But at the time they didn’t know the severity of his wounds. According to White, “He was bleeding out of his head everywhere, gushing blood. I couldn’t see any of the other wounds, I could just see his head.”

The pair made their way back to the four-wheelers, Willis amazingly able to walk on his own. But after a half-mile the adrenaline wore off and the pain became excruciating. “The walk back felt like an eternity for me, I just kept thinking, ‘don’t pass out,’” White said. 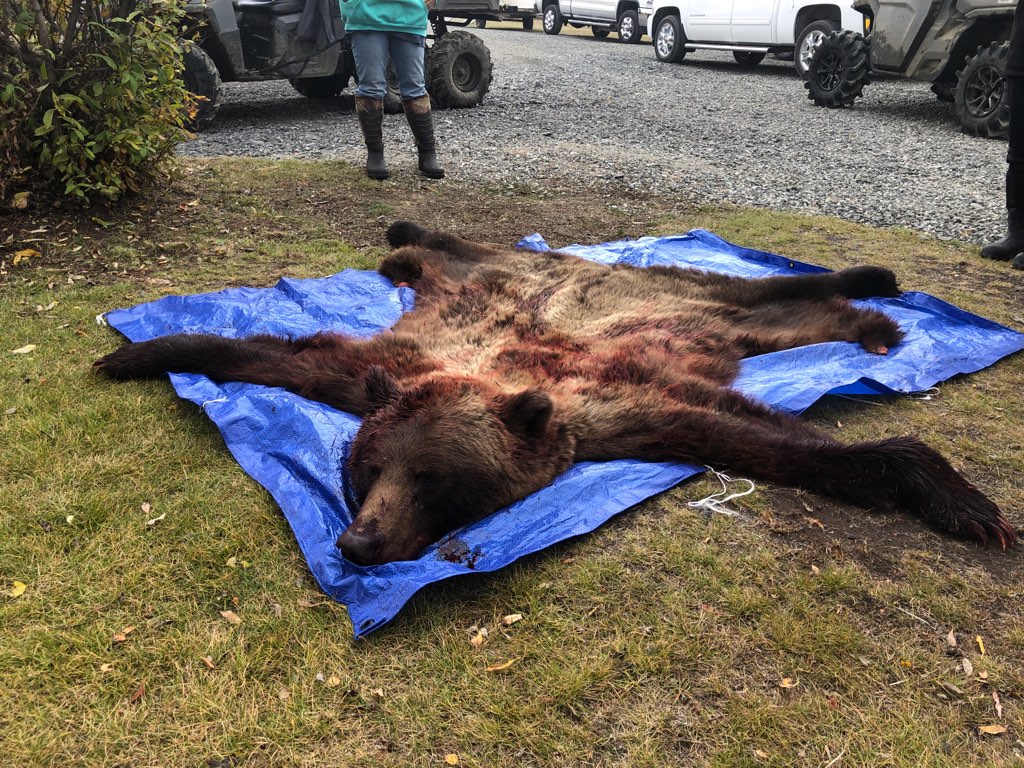 They finally got on the ATVs and drove to the nearest cabin, still a long ride for Willis with a torn head. He had to stop several times to press firmly against his scalp, replacing the skin over the open wound. “It was like his toupee was falling off and he kept putting it back on,” White said.

Fortunately, the first cabin they came to was occupied by Joey and Katelyn Hansmeyer, a first responder and a nurse. Armed with trauma kits, the siblings began to administer first aid to Willis.

The Hansmeyers were key in treating the wounds and stayed by Willis’ side while they waited two hours for the helicopter to arrive and take him to the hospital in Anchorage. After three hours of surgery and a lot of staples, Willis was on the road to recovery.

This encounter underscores the need to be fast and familiar with your defenses in bear country, and to trust your companions. They could end up saving your life. Thanks to White, the Hansmeyers, and Search and Rescue, Willis is doing well and expected to make a full recovery.

Report: Russian Man Paralyzed by Bear, Cached in Den for a Month

Videos of a zombie-like man in a hospital bed emerged out of Russia early this morning. Reports indicate that the man was paralyzed by a brown bear, cached in a den and left there for a month. As if those details aren’t dramatic enough, the man survived by drinking his own urine until being discovered by a pair of persistent dogs. “A group of local hunters found Alexander after their dogs refused to leave the area of the den,” according to one...

On this hunt, Steve, Janis Putelis, and Janis Sr. head to the remote wilderness of interior Alaska by bush plane to search for moose and caribou. Janis Sr. has never been to Alaska before, and his first trip is nothing short of an amazing experience, made even better since he gets to share the hunt with his son. Steve and Janis Sr. have bull moose tags and Janis has a caribou bull tag. It’s the peak of the moose rutting season and the bulls are...

Crisis in the Chugach: 3 Sheep Hunters Caught in Avalanche

Three hunters were pursuing Dall sheep in the Chugach Mountains of south-central Alaska on Wednesday, Oct. 6 when they got caught in an avalanche. The Alaska State Troopers said in an online statement that two of the hunters were injured in the slide they likely triggered. The hunters sent a distress signal from Hunter Creek Valley to a contact in Anchorage via a satellite communications device after the incident. Their contact called emergency...