Most anglers caught their first fish on a worm beneath a bobber. Saltwater junkies often skip worm hatches for bigger bait like menhaden, herring, sardines, mullet, or ballyhoo, but worms aren’t just for little kids in sweetwater. When salty species like black drum, weakfish, striped bass, tarpon, speckled sea trout, and others key in on annelid marine worms, anglers are wise to do the same. Spring time is prime time for many of these worm bites, so grab your light tackle or fly rod and sacrifice a little sleep this season to try out some oceanic worm fishing.

What we’re talking about
Tens of thousands of species of annelid marine worms fall into the class Polychaeta. Break down that five-dollar word and you get poly or “many” and chaetae or “bristles.” Saltwater worms have lots of bristly legs, two per each of their many body segments. Those bristly legs have small paddles at their tips. When worms need to move, the paddles help them backstroke in a current. They also use their legs to burrow in the sandy and muddy basins they call home. Depending on where they live, marine worms come in a wide variety of both brilliant and muted colors. While anglers key in on worms that typically are under 4 inches long, some can grow much larger. Scissor-mouthed Bobbitt worms, named after Lorena Bobbitt, who famously cut her husband’s penis off in 1993, have been measured past 10 feet in length.

Worm fishing kicks off when males and females leave their muddy bottoms to swim to the surface, spew sperm and eggs into the water, and then die. Fertilized eggs sink to the bottom, and the life cycle begins all over again. Small wonder fly rodders dig worm hatches so much; the polychaete lifecycle is similar to that of a mayfly.

It’s a night game
In the Florida Keys, palolo worms drifting past the Seven Mile Bridge, the Bahia Honda Bridge, or around Big Pine Key light up the night when tarpon are in town. Gulf Coast redfish go nocturnal during marine worm hatches, as do striped bass do in California and along the East Coast. If The Doors’ Jim Morrison was the “Lizard King,” then Peter Jenkins, owner of the Saltwater Edge tackle shop in Middletown, Rhode Island, may as well be called the “Worm King.” When big pods of striped bass arrive on the beaches, you’ll find him prowling inshore saltponds, estuaries, and coves.

“Cinder worms, clam worms, sand worms, and the rest live in the same muck that swallows up your wader boot,” Jenkins said. “Worms like a mud basin, a regular current exchange that isn’t too dramatic, warm, early season water temperatures, and overall calm conditions. Each one is local, but they all seem to kick off around the full and new moons in May and June.”

Worm habitat isn’t all that hard to find, but timing the hatch perfectly can take years. Local knowledge from tackle shops and veteran anglers like Jenkins is invaluable for lowering the learning curve.

Timing is everything
Once a worm hatch starts, it will last about a week. The first few days worm numbers might be low, but the fish will start to notice. By days three through five, worm swarms increase and attract schools predatory gamefish. After that climax, worm numbers start to abate, and when they’re gone the fish disappear. According to Jenkins, “the easiest time to catch fish is during the first day or two of the hatch, or at the tail end when things are winding down. Another good time to catch fish is during the first few hours of the night. There are only a handful of worms and a lot of fish which makes hook ups easier.”

The middle part of the hatch makes for pretty tough fishing. There can be so many worms that the water turns red, which means the fish can’t see your offering. If you’re not catching, change tactics until you do. Try a popper-dropper rig, try a different color, or spin up a triple dropper rig with three different offerings. The better play is to move your position to the edge of the cluster. Cruising bass have an easier time spotting your fly if it’s one of 100 instead of one of 1 million. “Current edges are good places, too,” Jenkins said. “If a meal is drifting away, then a striper needs to make up his mind. The current spreads out the bait as well.”

When the hatch winds down, you should too. By 2 a.m. you’re likely to be tired and the odds of hooking up are slim. How do you get a fish to eat that’s been gorging for six hours? It’s like asking someone if they want a third piece of pie after a Thanksgiving dinner. Come back early tomorrow once the fish have done some digesting.

Give ‘em what they want
Most fly rodders twist up dropper rigs with two different patterns along with a streamer as a point fly. “We sell a lot of red General Practitioners, Steve Cook’s Cinder Worm, Page Rogers’ Cinder Worm, and red wooly buggers with a black head,” Jenkins said. “Light tackle guys use casting bubbles with flies as well as pink or red Slug-Go’s. But if you’re looking to fish differently, try a Carolina-rigged Slug-Go. The Slug-Go wants to float, the egg sinker keeps it down, and a lot of big bass cruise just beneath the worm swarm.”

Worm hatches are just starting to pop up all along the Eastern Seaboard. Give ‘em a shot this year. There’s nothing quite like spiking on your headlamp in the middle of a hatch and seeing the normally clear water turn bloody red. If a worm hatch doesn’t grab your attention, then you might want to take up golf.

Saltwater ,
Get the latest in your inbox
Our picks for the week’s best hunting, fishing, wild foods, and conservation content.
Big bucks, land management, rut reports, and tips for the whitetail obsessed.
Privacy Policy

Season 8, Episode 3 Behind the Scenes: Ghosts of the Chesapeake 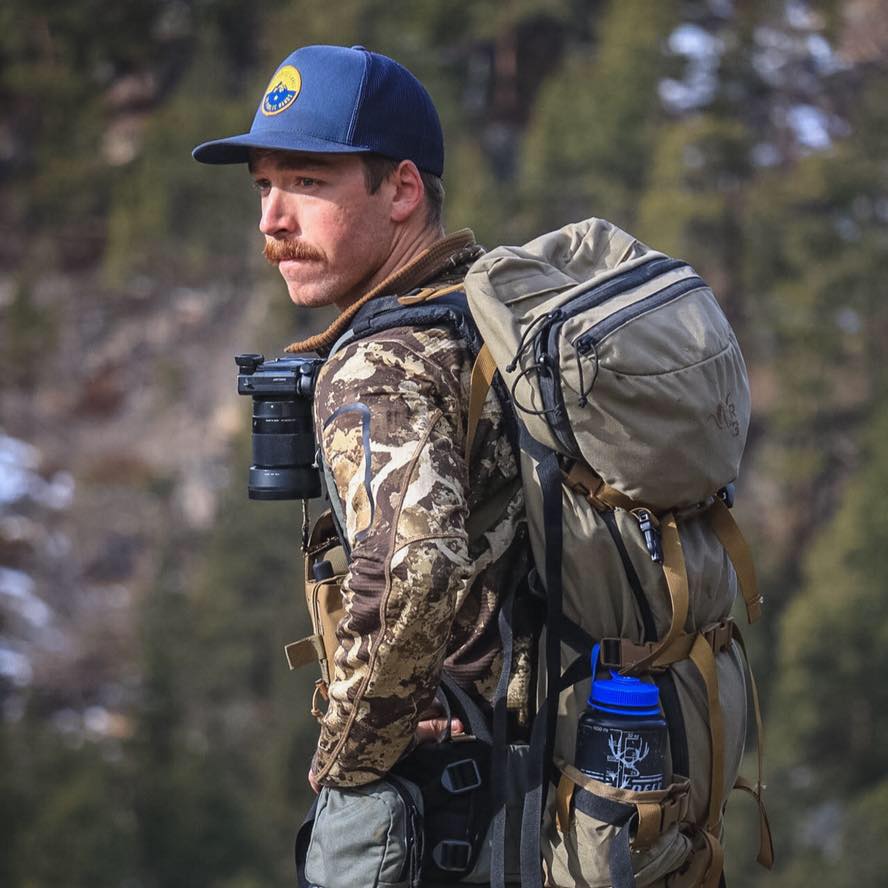 On episode 3, the crew headed to the Delmarva Peninsula for Sika deer and blue crab.
They spent the...

On episode 3, the crew headed to the Delmarva Peninsula for Sika deer and blue crab.
They spent the...

Puking on the Portside: Tactics for Preventing and Treating Seasickness 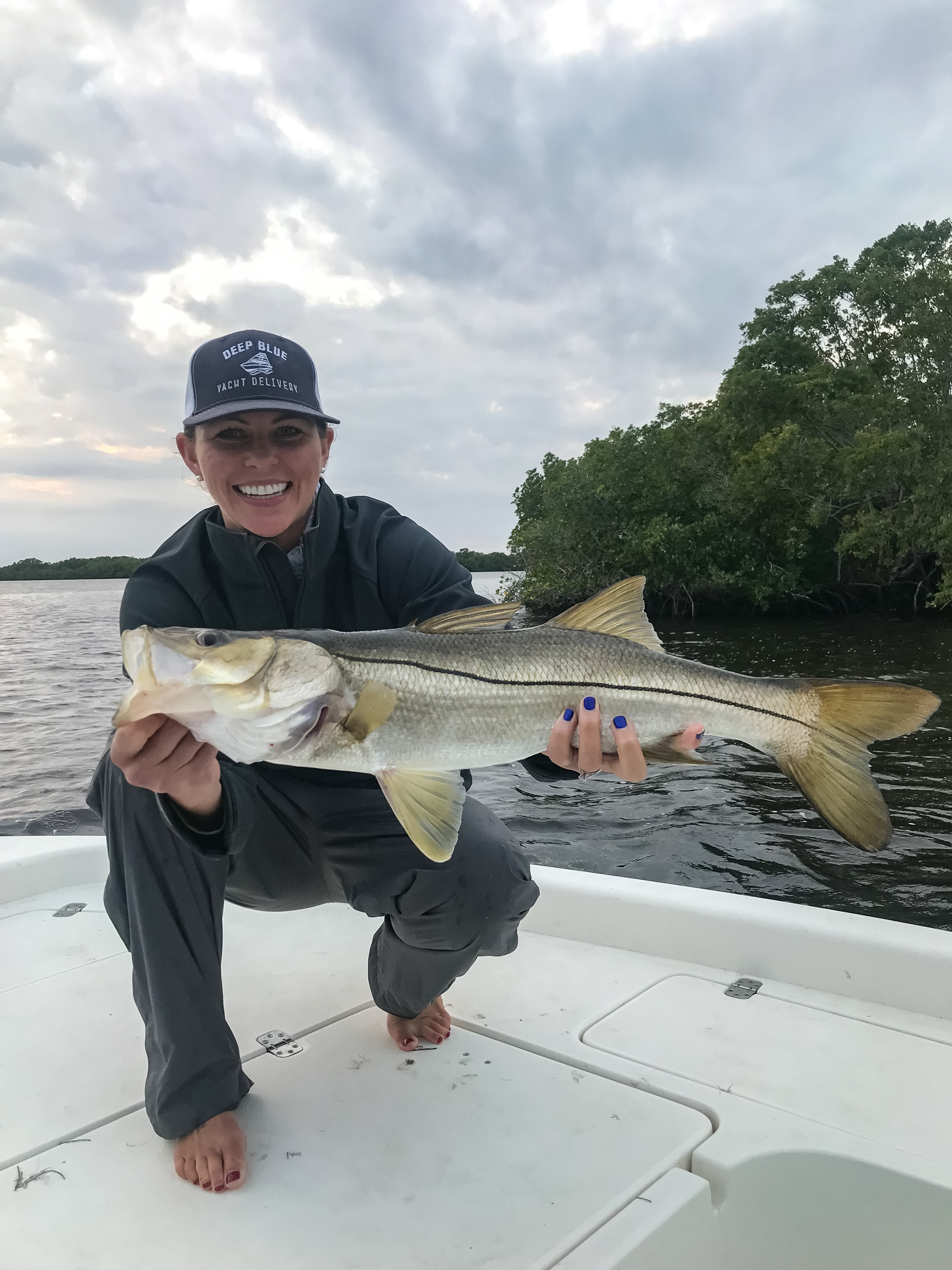 My love affair with offshore fishing began as a kid. We’d spend days off the Florida Keys, venturing...

My love affair with offshore fishing began as a kid. We’d spend days off the Florida Keys, venturing...