Bugle-mouth, scaled whale, golden bonefish, mud marlin, river Roomba, suburban salmon—those in the know have a variety of colorful names for carp. As more people come to the realization that carp are a plentiful and challenging gamefish, they are challenging the widely-held perception that carp are trash fish.

This is the second installment in a three-part series that asks readers to take a fresh look at carp and their reputation as a “trash fish.” Part One covered the history of carp in North America. Part Two explains how to find and catch carp using a variety of methods. Part Three will describe how to prepare them for the table.

Carp might not jump like bass and can’t be caught in numbers like panfish, but they are the only freshwater fish that presents anglers across the country with consistent chances at catching fish over 10 pounds. Carp can be as finicky as chalk stream trout but, once hooked, they are strong fighters—imagine trying to slow down a tractor in low gear. 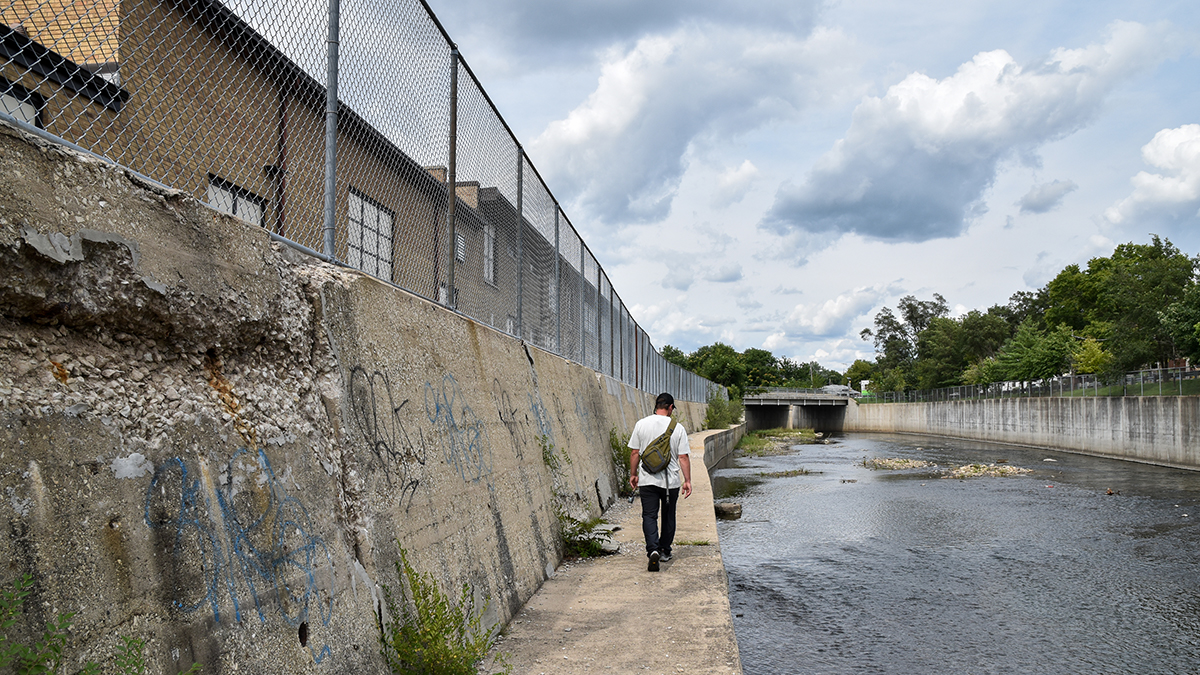 Finding Carp
Besides their strength, carp are an attractive gamefish because of the varied environments they inhabit. Chances are your local farm pond, golf course water hazard or municipal reservoir has a healthy population of carp. Perhaps the most important thing to understand about carp (and what makes them so fascinating) is that they are adaptable and opportunistic. It’s more likely a body of water has carp in it than not.

Since carp can live almost anywhere it can seem daunting to find them. However, large bays and quiet backwaters are a good place to start. Carp prefer shallow areas with abundant plant life and soft bottoms where they can forage on plants, insects and crustaceans.

In certain conditions, carp can be predatory but most of the time they are grazers, inspecting and mouthing things before they eat them. This makes carp difficult to catch with lures you might use for bass or pike because carp usually don’t need to chase down their food. When you can eat anything, you can afford to be picky. Once you’ve identified an area with carp you have two options: go after them or bring them to you.

Bait Fishing
The most effective way to catch carp is to draw them in with bait (where legal). Keep it simple and start with sweet corn. It’s a time-tested carp bait and it’s cheap. The basic bottom fishing setup consisting of a weight, swivel and small bait hook works well.

Toss a few handfuls of corn into the water, thread several kernels on your hook and cast into the bait pile. It might take a while for the fish to find the corn, but when they do it’s only a matter of time before you hook one. You can also put out bait a day or two before you plan to fish. This conditions carp to your bait and holds them in the area.

Carp are like soccer: popular everywhere else in the world but marginal in the U.S. As such, American carp don’t see much fishing pressure. But where they do, more technical “Euro” rigs are useful.

Do a Google search for carp tackle and you’ll be astounded by what you find coming out of Europe: electronic bite alarms that sound when a fish has picked up your bait, carp specific “baitrunner” reels that give line so fish won’t feel tension until you set the hook, camouflage leaders that resemble fake aquarium seaweed, and all manner of equipment for constructing the hundreds of rigs Old World anglers use to fool carp.

The variety of setups is overwhelming and frankly, overkill for most carp fishing. However, learning to tie a hair rig is useful. A “hair” is just a loop of line tied to the back of a hook used to hold bait with a modified snell knot. When a fish picks up the bait it won’t feel the hook, but when it moves away or tries to expel the bait, the hook is pulled into the corner of its mouth.

To bait the hook, thread your bait on the hair using a bait needle. You can also do this with a straightened hook. Secure the bait by placing a stoppers at the back of the hair and snug your bait against it. You can buy bait stoppers at most tackle shops, but I’ve found a small stick or toothpick works just as well.

Fly Fishing
Fly fishing for carp has been getting more and more popular in recent years, even to the point of trendiness. Anglers from downtown Chicago to the heart of Los Angeles have fallen for the underwater underdog. However, I don’t think most people fly fish for carp because they think it’s fashionable. People who love fishing want to fish as much as possible, and carp make it easy to sneak in an hour of fishing, even in the inner-city.

Although not as effective as bait, I enjoy the challenge of stalking any fish in shallow water. Carp, with their keen senses and extreme skittishness are among the most perplexing fish I’ve encountered. Sometimes you do everything right and they still snub your fly. In fact, I like fly fishing for carp because it’s so hard. Persistence and a short memory go a long way because most of the time you mess up and the fish spooks. Yet the thrill of spotting a carp, casting to it, and watching it eat your fly makes all the head scratching worth it.

If you’ve caught carp using bait and want to try fly fishing, start in the same areas you’ve caught them before. Look for mud slicks, small bubbles, or the faint glint of a tail breaking the surface. You ideally want to find a carp that is feeding, but carp cruising the shallows will also eat a fly.

I’ve caught carp using flies that imitate cottonwood seeds, zebra mussels, various insects, crayfish, mulberries and baitfish. Much like sifting through a box of trout flies to “match the hatch,” understanding what carp are eating is an important piece of the puzzle. Carp are adaptable and you should be too. A carp in a weedy, Midwest farm pond is a completely different fish than one gliding across a sandy flat in the Great Lakes.

When you spot a carp, you need to cast close enough so it will see your fly, but not so close the disturbance scares the fish. Generally I try to lead moving fish by three feet, but it really depends on water clarity and how fast the fish is swimming. For stationary or feeding carp, cast beyond them, drag the fly along the surface, then drop it in their faces. This drag-and-drop method is the best way to catch carp in still water. Wait for the fish to tilt down or watch for their gills to flare. When they take the fly, give the line a hard strip to set the hook and hold on. Hopefully you have plenty of backing on your reel.

I hope my carp evangelism inspires you to fish for carp wherever you live. If you’ve read this far, you’re at least curious about carp. If you’re still a bit skeptical, just go try it—the carp will speak for themselves.

Next week, in Part Three, I’ll teach you how to clean and cook the fish most people think you can’t eat.

This is the third installment in a three-part series asking readers to take a fresh look at carp despite their lowly reputation. Part One covered the history of carp in North America. Part Two explained how to find and catch carp using a variety of methods. This installment describes several ways to prepare them for the table. When I lived in Iowa, I frequently fished for carp in a large reservoir. One day while wading the shoreline, my feet...

MeatEater’s Guide to Carp: Part One, An Unlikely Fish

In the spring of 2007, I accidentally hooked a carp while bass fishing in a Nebraska farm pond. It fought hard, peeling line and bending my rod deeper than any bass I’d ever caught. When I drug it to the bank, I had no idea it would inspire a personal investigation that would lead me from the farm ponds of my youth to the Rocky Mountains and the Great Lakes. This is the first installment in a three-part series about all things carp. Part One...