Colorado officials are searching for an archer accused of poaching a moose in Pike National Forest, just west of Colorado Springs in Teller County.

On Sept 18, 2021, Colorado Parks and Wildlife (CPW) received a call from hunters who stumbled upon a moose carcass near a creek. Travis Sauder, an assistant area wildlife manager and lead officer on the case, along with officers Aaron Berscheid and Ben Meier, arrived on the scene to find a dead bull moose that appeared to have died of an archery wound, with a partially severed head buried under a blanket of branches and sticks.

After examining the feed of game cameras belonging to the hunters who reported the incident, CPW officials found footage of what is believed to be the same bull moose alive on the morning of Sept. 16 followed five hours later by an unidentified archer. The unidentified archer is currently the lead person of interest in the case. 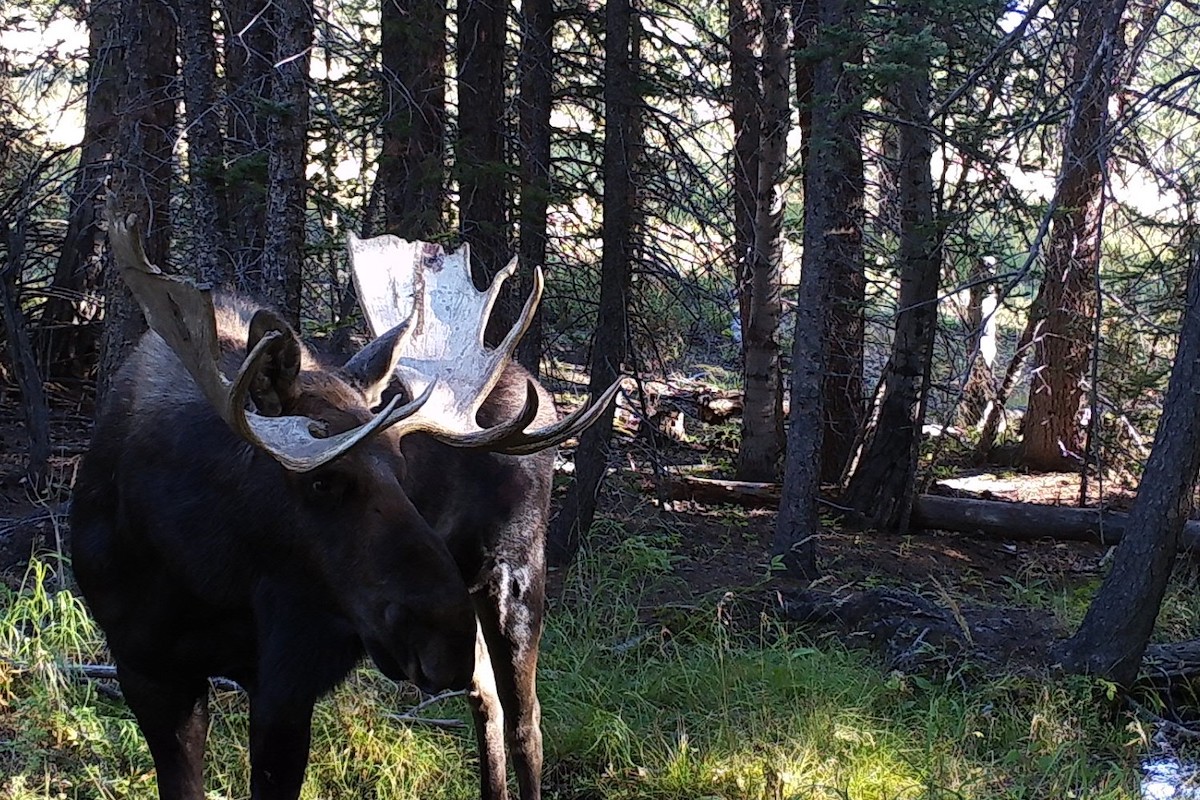 Because the archer remains at large, the details of the killing remains murky. It is possible that due to the popularity of elk hunting in Colorado, the moose was mistaken for an elk—although that is an exceptionally rare occurrence—and the archer tried to cover their kill by haphazardly burying it after realizing their error.

However, if it was an honest mistake, Sauder said it is likely the person of interest would have reported it to the proper authorities. Instead, without hearing their side of the story, officers only have the evidence to consider.

Because an attempt was made to remove the head, the carcass was covered up, and nobody has turned themselves in, this poaching could have been intentional.

“Typically, I have found in my career someone who makes a negligent ID on an animal, they turn themselves in because they feel guilty about what happened,” Sauder told MeatEater.

Sauder maintains that the investigation into the poaching is progressing. But after a year of internal investigation, CPW is now turning to the public to help identify the archer by releasing images of the person of interest caught on the game camera. 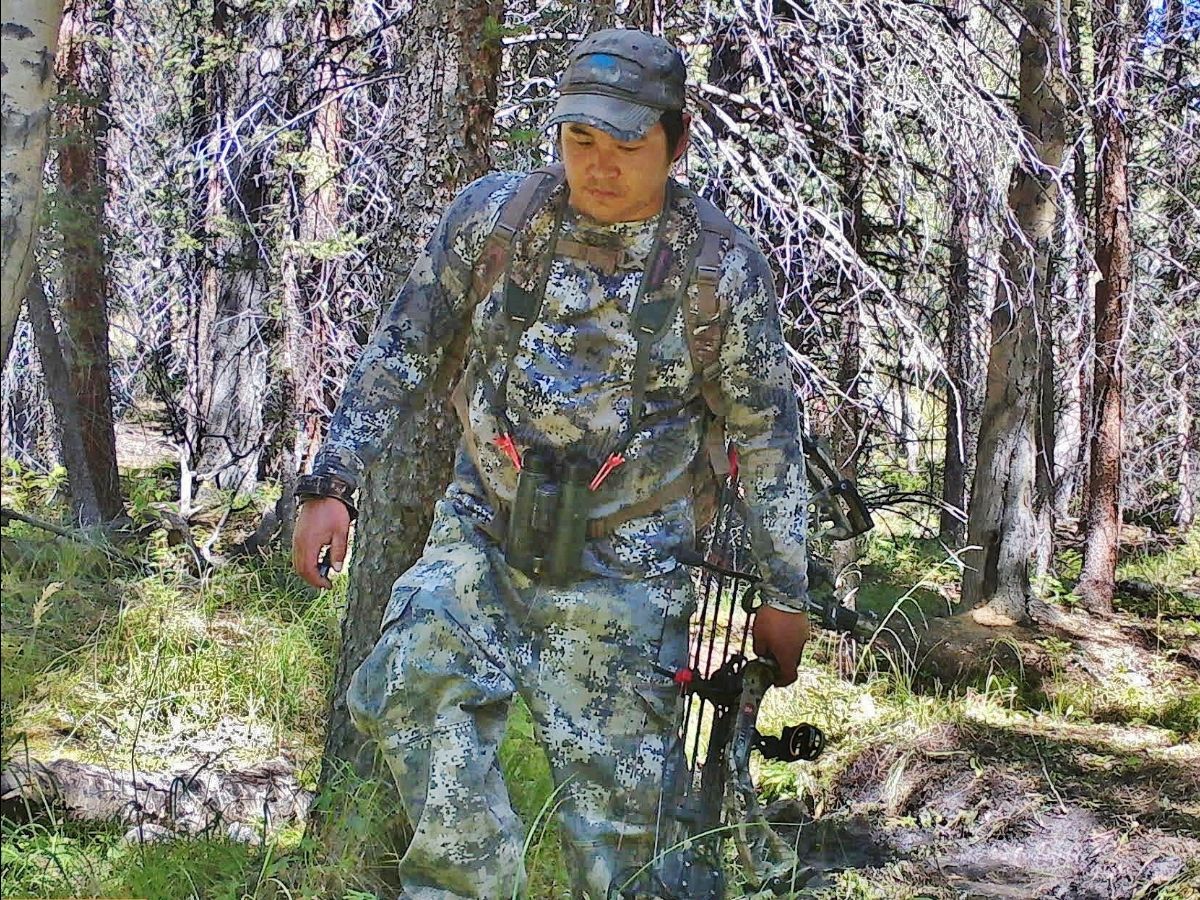 “We would still love the public’s help,” Sauder said. “Anyone who can give us concrete evidence would be great.”

After issuing a release asking for help from the public, Sauder said the poaching hotline at his department’s regional office has received continuous tips from concerned hunters and conservationists. Even now, two weeks after issuing the release, tips continue to trickle in.

“It’s a great testament to the willingness of ethical sportspeople to come forward and give information,” Sauder said. “That has been really encouraging to see.”

Charges for illegally injuring or killing wildlife in Colorado are misdemeanors that include harassment of wildlife, hunting big game without a license, illegal taking of wildlife, and reckless endangerment, among others. Convictions could result in fines and surcharges ranging from $750 to $13,000, as well as six months in jail.

“There is still an opportunity for this person to do the right thing and turn themselves in and explain their side of the story,” Sauder said.

Colorado is one of a few U.S. states that offers moose hunting. With current population estimates of 3,000, the growing population presents Colorado hunters with a unique opportunity. However, because of the limited number of moose, the lottery system that issues the tags is competitive.

“It is a once-in-a-lifetime tag,” Sauder said. “It is still a really unique opportunity to hunt moose in Colorado.”

Records of moose in Colorado date back to the 1850s. However, historically moose were more occasional visitors that would wander into northern Colorado from Wyoming and never established a stable breeding population.

In 1978, Colorado transplanted 24 male and female moose from neighboring Wyoming and Utah in hopes of establishing a breeding population that would take root. The transplant proved successful as moose took hold and flourished throughout the Centennial State. The moose in Colorado belong to the Shiras subspecies, which are smaller than the subspecies found in Alaska and Canada. Today the moose is quickly becoming a familiar character on the Colorado landscape.

But because moose numbers in Colorado are relatively small compared to other states with stable populations, each moose that is negligently or illegally killed has a proportionally larger impact on the state’s population as a whole.

“It’s one less opportunity for a legal hunter and one less moose for the general public to enjoy,” Sauder said.

If you have any information on this poaching case, please reach out to CPW here.

What Happened to North America’s Weasels?

The weasel on my office desk has a serpentine body that wraps into a tight coil. It’s perched on a piece of driftwood and has lush chocolate brown fur that melds into a porcelain white belly. It has a cheese wedge head, stubby legs, and a black-tipped tail the length of a butter knife. My old man trapped that weasel in a 110 conibear set on a muskrat run back in the ‘80s. Often, as I write, I catch myself gazing at its beady eyes. Growing up, I’d...

Archaeologists scouring melting glaciers recently discovered an arrow that predates the Vikings. The arrow, estimated to be around 1,500 years old based on the shape of the arrowhead and nock, was uncovered by researchers from Secrets Of The Ice, a glacier archaeology program. Secrets of the Ice is a team of scientists that locate and explore glacial archaeological sites in Innlandet County, Norway. Scientists discovered the ancient arrow nestled...