We’ve all heard about them, seen them, tried to eradicate them, or found cool ways to eat them. Whether we like it or not, invasive species have taken a stronghold across our lands and in our waters. But there are a few repeat offenders that everyone seems to know about—we’re looking at you, wild hogs, garlic mustard, and zebra mussels.

However, other species exist that aren’t quite as common but are equally as problematic and definitely stranger than these headliner species. From the shores of New England to the rivers of California, here are three of the weirdest invasive species you’ve probably never heard of. 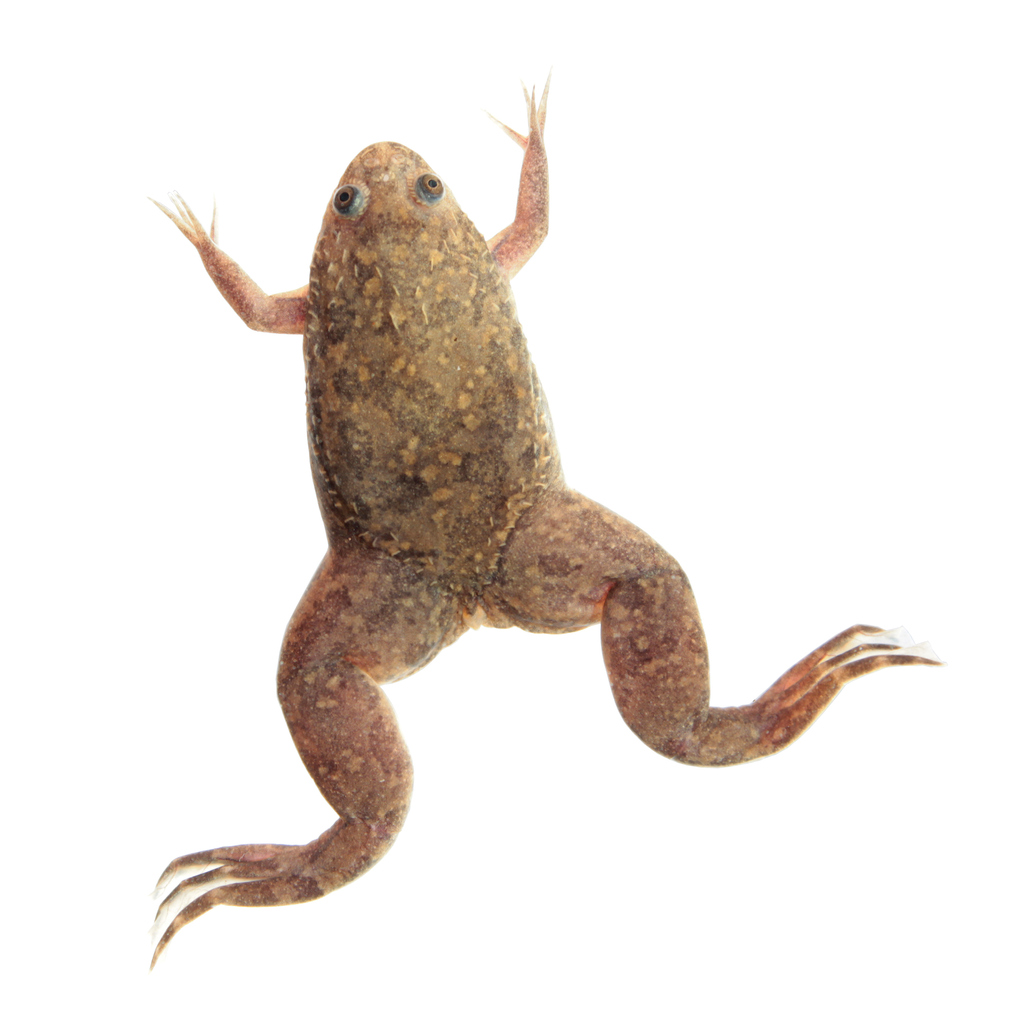 The African clawed frog is an invasive amphibian that disrupts ecosystems and affects native fish populations like trout and salmon. According to Washington Department of Fish and Wildlife research scientist Max Lambert, these plump-bellied frogs with black-clawed hind feet have voracious appetites and eat large amounts of native fry, tadpoles, and insects. The presence of African clawed frogs in a water system can quickly decimate native populations because they consume such a large amount of the food source.

As carriers of disease, they have the potential to introduce harmful pathogens that hurt native amphibian and fish populations, too. Humans should be careful when handling African clawed frogs and thoroughly wash hands after contact. The mere presence of African clawed frogs requires waters to be quarantined (due to the diseases they carry), limiting recreational fishing potential.

African clawed frogs have a distinctive appearance from most native frogs. They have spotty olive- to brown-colored skin with no eyelids, tongues, or vocal sacs. The front feet are not webbed, while the back feet are fully webbed and have black, sharp claws. They often grow to be larger than an average adult fist. African clawed tadpoles look like small catfish, with a pair of long barbells that extend from each side of their chin.

Many states have reported infestations of the African clawed frog, but their populations are highest in Washington, California, and Florida. 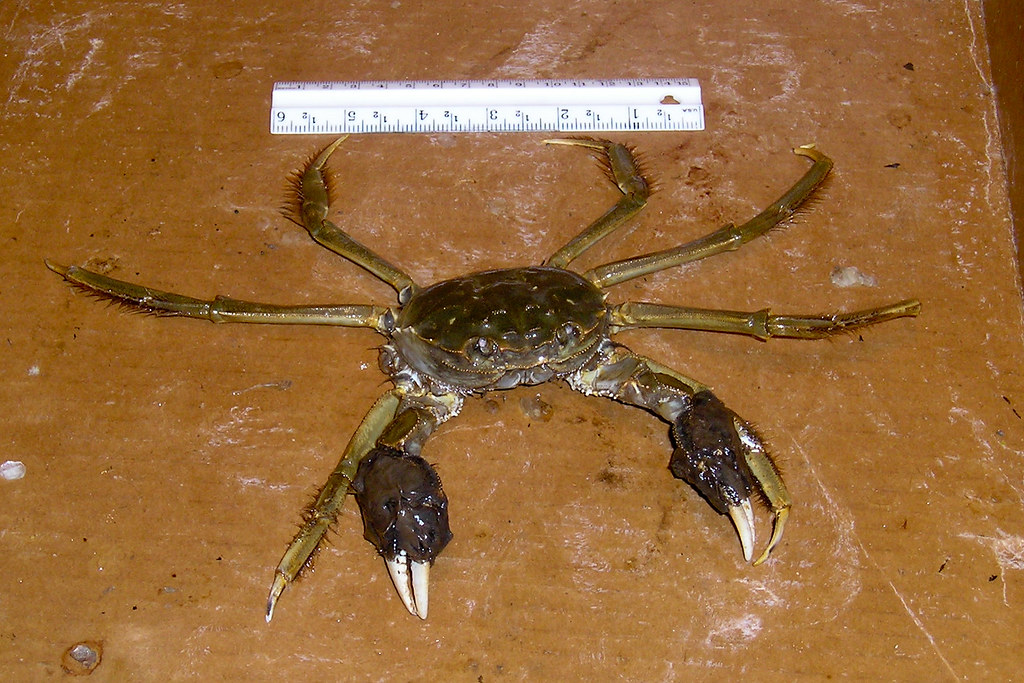 Via the Chesapeake Bay Program.

Chinese mitten crabs are such a problematic invasive that they’ve earned themselves a spot on the top 100 invasive species in the world list. They’ve now made their way into waterways and shorelines across the country.

The crabs are native to China, where they’re considered a seasonal delicacy, but are banned in the United States. They are destructive to many species in many ways. They have ravenous appetites and prey on local wildlife, threatening not only fish populations but also food sources for game animals that consume those fish.

The problematic crabs have already spread to several California waterways, the Connecticut shore, the Chesapeake and Delaware bays, and the Hudson River, according to the Smithsonian Environmental Research Center. They spread quickly and can migrate up to 11 miles daily on land and in water. That’s a scarily long distance for something that small.

Chinese mitten crabs are easily identifiable due to the distinctive fur covering their front claws. They look as though they’re wearing fingerless gloves. Other identifiable features include a notch between the eyes with four spines on each side of the notch. Anyone who finds one should take close-up photos, freeze it, or preserve it in alcohol (yes, really), and report it to the Smithsonian Environmental Research Center here. 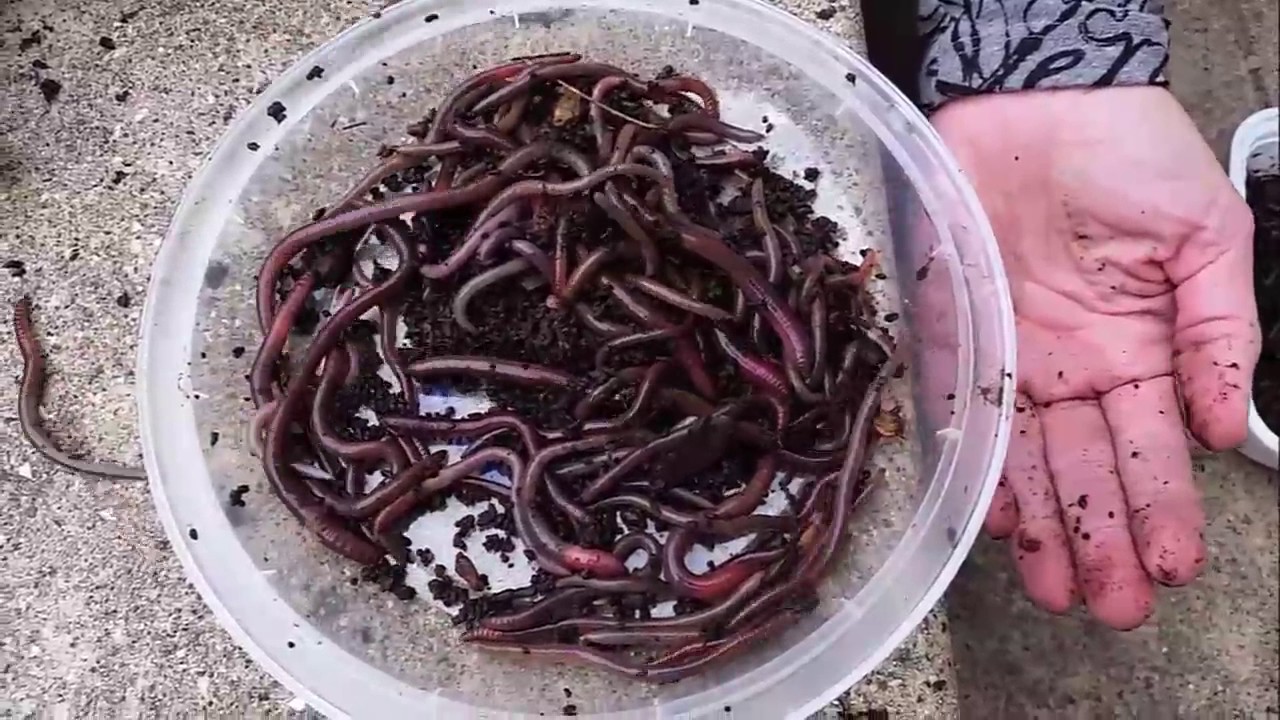 Via Wisconsin Department of Natural Resources.

These whacky jumping worms, also called crazy worms, snake worms, and Alabama jumpers, originated in Asia. While they may be entertaining to discover, as they wriggle and launch themselves into the air, they’re a major threat to forest habitats. They alter soil quality close to the surface by consuming the rich upper organic layer and leaving behind distinctive grainy soil full of nutrient-deficient worm castings. The castings change the physical structure of the soil, making it more like coffee grounds or boiled hamburger meat, according to Colgate University biology professor Tim McCay, who has been involved in identifying the invasive worms in New York State for the past three years.

The destruction from the jumping worms makes the previously ideal forest floor soil inhospitable for some plants and animals, leading to soil erosion and reduction of food sources for wildlife, such as whitetail deer, rabbits, and others.

Jumping worms have a distinctive appearance from other varieties of common worms. The clitellum (or collar) on a jumping worm is smooth, milky-white, and located approximately one-third down the length of the worm's body from its head—if you can figure out which end that is.

Because they are asexual and mature in just 60 days, jumping worms reproduce quickly and easily. The first hatch is usually in late June to early July, and populations double from September until the first hard frost. Data from iMapInvasives indicates recorded sightings of these worms across the Midwest and Northeast. If you want the heebie-jeebies, watch this video from the Wisconsin Department of Natural Resources.

Accurately identifying invasive species is key to controlling their spread. Keep your eye out for these strange critters while recreating outdoors and if spotted, consider sharing their location on a resource like iMapInvasives to protect natural flora and fauna.

It sounds like hyperbole. That shouldn’t come as a surprise, since a lot of conversations about loss in the conservation sphere sound hyperbolic these days. Loss of access, population, participation, and time all tend to get measured in vague, scary figures. But the claims the National Wildlife Federation (NWF) makes in their recent report on habitat loss sound too dire to be true: “Game species lost, on average, 6.5 million acres of vital...

The South Farallon Islands off the coast of San Francisco are best known as a haven for migratory seabirds, a breeding ground for seals, and, of course, a staple filming location for Discovery Channel’s “Shark Week.” But the small chain of islands has been in the news most recently for another, much smaller critter. Non-native house mice have overrun the Farallons and they’re threatening several types of birds, insects, and amphibians. Some...

The Fight to Keep Carp Out of the Great Lakes

Bighead, silver, and black carp—not to be confused with bigmouth buffalo or other native bottom-feeders—are all invasive species that exist in the Mississippi River basin and are on the doorstep of the Great Lakes. These three species of invasive carp were introduced to the U.S. from Europe in the 1970s to knock down algal blooms in aquaculture facilities and wastewater plants, as well as for human consumption. However, they quickly escaped and...