It’s a regular sight for early risers at a tropical resort.  While tourists sleep, staff rake up any rubbish that may have washed onto shore through the night.  By the time mimosas are served, the beaches are back to glistening and the trash bins are tucked away from paying eyes.

Today, water pollution and its environmental issues are a major cause of concern around the world.  My first real encounter with the problem occurred while on a trip in Sri Lanka.  I was there for business and was staying in downtown Colombo; the only rakes wielded there were ones used to shoo rats from the kitchen.

Unsurprisingly, the hectic city sounds and lights encouraged me to go to the beach in search of some solitude.  I’d expected to find the usual: water bottles, micro-plastics, flip-flops, and wrappers, but the sheer volume of waste was shocking.  Hundreds of dead rats lay mixed with the trash, and I cursed whichever country this unsightly carnage floated in from. 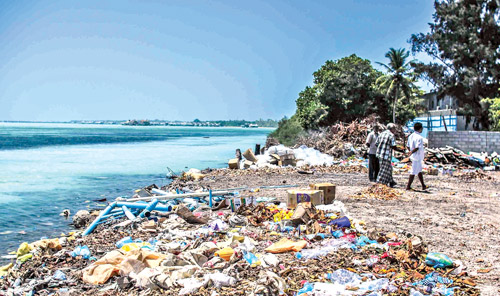 Curiosity eventually got the best of me, so I followed the trail, which lead me straight to a hollow hearted, gutless, spewing abomination of a poorly placed drainage pipe that had puked the city’s innards out onto what should have been fine white sand.  It was eye-opening and confronting to say the least.

At this point in my life I’ve traveled enough to have seen pollution in every corner of the planet — and it’s not exclusive to third-world countries either.  Various cities in Canada, the USA, Europe and Australia are also victim to the litter problem.  An accumulation of a ‘dropped water bottle’ here and a ‘wind-strewn wrapper’ there, all paired with heavy rainfall and flushing gutters… it’s, quite literally, the perfect storm.

So when I found out that Australia, a leader in clean water solutions, had several companies who’d invented unique methods of trash collection, I was intrigued.  One of the companies, Ecosol, was founded in South Australia in 1996 with the aim of filtering out urban pollutants swept up in stormwater run-off.  Such by-catch typically makes its way to the rivers and the ocean without interception by people or trash disposal units.  While browsing their website I took note of several other complex filtration systems, but it was their simple net litter basket that captured my attention.  Simple, efficient, and similar to so many other traps we use daily (lint traps, sink plugs, colanders, etc.), I immediately wondered why every culvert doesn’t have one. 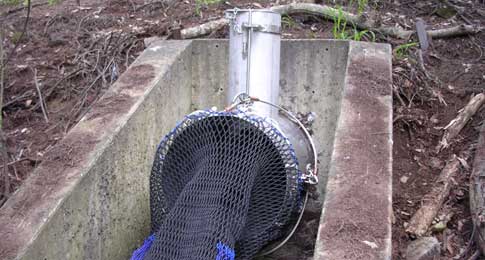 The litter basket captures and retains trash and small particles as they flush into the pipe.  Ecosol installs the hardware (a stainless-steel sleeve extension that can be fitted into both existing and new outlets) which holds the net in place.  They also sell the heavy-duty net, which is designed to disengage during heavy rain, meaning there is no risk of flooding.  Their site states that, “Independent testing found that the unit has little, or no, impact on the hydraulic performance of the drainage network.”

The net is emptied through an opening at its bottom-end when serviced by a crane truck, which hoists it into a vertical position for speedy emptying.  It can be easily inspected to determine whether it needs cleaning (typically every two months, or after a major rain event).  The entire system operates in dry, tidal and partially submerged environments, making it one of the most versatile systems around. 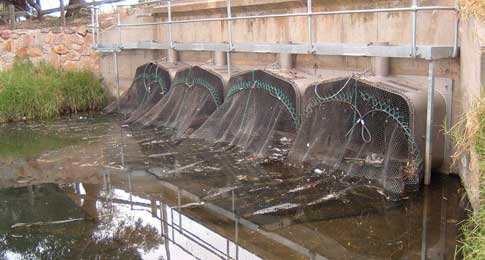 This March, in a town in Western Australia, the system was installed in two residential areas.  Since then it has collected almost 1000 pounds of garbage and gross pollutants that would otherwise have ended up scattered through sensitive ecosystems.  No animals have been trapped inside the nets.  Systems last up to twenty years and can be purchased and installed for around $19,000 AUD.  Nets last up to five years and are $3500 to replace.  Contact andrew@ecosol.com.au for information on how to get one in your area. 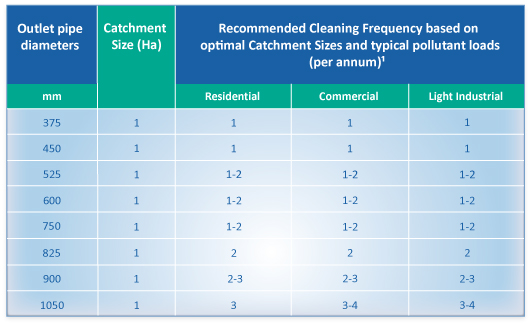 Video of the Day: Mark Drury Manages a New Farm in Missouri

By Mark Kenyon We’ve had Mark Drury as a guest on the 100% Wild Podcast a number of times over the past year, but one of my favorite discussions we had was this summer when we discussed his detailed plan for managing and improving a new property he’d bought in Missouri. Now, lucky for us, the Drury’s have put out a comprehensive video documenting that very process for all of us to see. It’s really interesting to see, in detail, exactly how he...

Un-Dam It: Inside the Era of Freeing Eastern Rivers

When I first heard that the Edwards Dam on Maine’s Kennebec River was coming down, I couldn’t believe my ears. The 917-foot-long dam, built in 1837 from an early mix of concrete and timber, existed in some form or fashion for 162 years until it was demolished in 1999. Edwards Dam, along with 14,156 other New England dams built during the foundational era of hydropower, all had purposes related to our country’s development. Many gathered water for...

The shadow of a solitary man holding a wooden bow casts across a panel of sunlight. All is silent—except for soft footsteps on a pine needle floor. The hunter pursues his quarry with no advantage but the weapon in hand and a lifetime of woodsmanship. This is the romanticized image that many modern day sportsmen have of the Native American hunters that preceded us across North America. Antithetical to that, in the minds of some, are the modern...