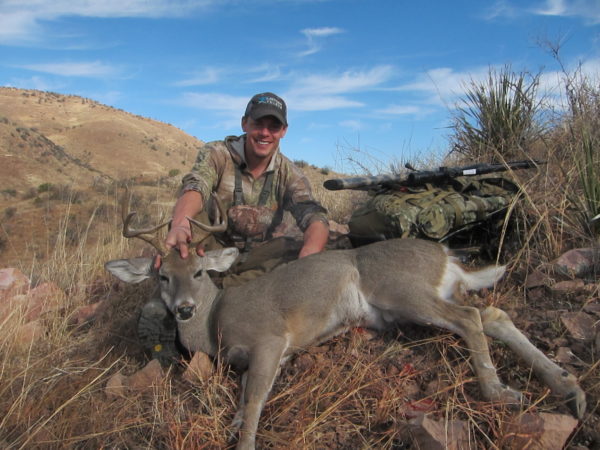 The Kiln Merino-X Hoody is a do-it-all base layer that will keep you warm, comfortable, and odor free from September through May.

Hunt
Get the latest in your inbox
Subscribe to our newsletters to receive regular emails with hand-picked content, gear recommendations, and special deals.
Our picks for the week's best content
For the whitetail obsessed, with Mark Kenyon
Redefining our connection to food, with Danielle Prewett
With Joe Cermele and Crew
Technical apparel for the avid hunter
Purpose-built accessories for hunting and fishing
Quality elk, turkey, waterfowl, and deer calls
Privacy Policy

It’s not uncommon for deer hunters to hang up their bows or guns after the rut and spend late season in their living rooms. And, to a degree, I can understand. After several months of hunting season, it’s only human to be a little worn down. However, these folks are missing out. The late season can be just as productive as the famed month of November if you play your cards right. But knowing the right move to make is easier said than done...

As someone who mostly hunts public land, I’ve realized that a lot of the destination food sources that factor into my hunts are on private land and off limits. Or, they are on public land but are so obvious and easy to hunt that they get a ton of pressure. Although deer still use these food sources, the better play is to kill them on the way there rather than on a field edge. This realization led me to focus on other attractions, and while a...

How to Hunt the Whitetail Rut in Big Woods

The rut is simultaneously the most exhilarating and frustrating time to be in the whitetail woods. That being said, your odds of finding a big-woods buck have never been higher than during this time of year. Hunting the big woods has its own set of challenges including unforgiving terrain, thick vegetation, and a lack of agriculture, all of which make them difficult to hunt. But if you’re persistent and patient, you can capitalize on one of these...