When it comes to crowning a whitetail king, it seems as if the arbiters can be divided into two factions. The first crowd is interested in candidates who kill the biggest bucks with the highest frequency. Those hunters are often experts on moon phase, barometric pressure, and trail cams. In this case, it doesn’t matter how or where the bucks were killed.

The other faction is more concerned with the how than the overall inches of antler. This group isn’t going to give anyone a thumbs-up who hails from the deer hunting one-percenter lifestyle. Food plots, managed lands, and deer with silly names be damned. They want DIY and they want it on public lands.

Before you can even ask the question of who’s a real expert, you have to decide if such a thing is even possible. According to Michigan resident and well-known, mature-buck slayer Andy May, defining an expert is an exercise in futility.

“Hunting isn’t something you can master,” May said. “We all fail far more than we succeed, even the best hunters. So, I think you just have to look at experience and realize there probably are experts at certain aspects of whitetail hunting, but not someone who has the whole thing dialed.”

May goes on to say that a hunter who is looking for the best deer hunting information should probably just try to identify folks whose hunting style seems appealing. If you’re the land-manager type who has the means to try to raise deer and keep them around, you’re probably not going to benefit as much from the public lands bowhunter who spends a few days in multiple states each season, and vice-versa. This, May says, is why he is drawn to a certain type of bowhunter.

“My ears perk up when I hear about someone who is into the challenge of new states and new public land. Anyone bowhunting that way who has a high level of success on mature bucks has my attention, because that’s someone I can learn from.”

That also, not coincidentally, describes the guys from The Hunting Public pretty well. One of those, Zach Ferenbaugh, also thinks it’s silly to label anyone a real whitetail hunting expert.

“With hunting, everyone wants a winner, but there’s no deer hunting champion. There are just way too many individual situations out there to say that one person is the best at them all. How would you even know?”

Ferenbaugh is right, of course. The hunter who masters whitetail movement in ag-heavy country and small woodlots might not be able to get a shot at a forky in the big woods of northern Michigan. Or the guy who consistently arrows 150 inchers in Kansas on corn piles might not be able to fill in an antlerless tag in an entire season on public lands in Pennsylvania.

The best part is that it doesn’t matter—folks don’t have to be experts to provide us with valuable information.

I think about this a lot when hunters reach out to me to ask if I’ll ever hunt the Louisiana swamps for southern whitetails, or maybe head to the Northeast where pressure is high and deer density is low. Whether I will or won’t doesn’t matter. They just want to see if someone else can come to their home turf and tag out.

This is due mostly to our local bias, the belief that we are hunting the craftiest deer in the woods. I’ve learned that most hunters believe the hunting pressure in their area is unrivaled and that their bucks have a refined sixth sense.

No one can hunt everywhere, just as no one can prove themselves true whitetail masters by engaging in every hunting style. It’s never going to happen, but that doesn’t leave us with as much of a void as it might feel. You don’t have to look very hard to find quality advice from hunters who are awfully good at certain aspects of deer hunting.

If that’s planting food plots, hunting buck beds in swamps, or killing bucks from the ground in ghillie suits, it’s out there. And it’s beneficial to listen, provided you can take something away to make your own hunting more enjoyable. This, Ferenbaugh says, is the most important.

“Hunting is an individual pursuit and you should have your own reasons for going. Find content you like that relates to you, but always be mindful of the fact that your own situation is entirely unique. It’s up to you to set goals and figure out ways to enjoy your deer hunting, and no amount of someone else’s success if going to really affect that.”

Amen and hallelujah. Set your own goals, absorb information that is relatable, entertaining, and educational, and forget about the body count. And don’t try finding a true whitetail expert, because there’s no such thing.

Whitetail Deer ,
Get the latest in your inbox
The MeatEater Newsletter has our picks for the week's best hunting, fishing, wild foods, and conservation content along with special deals and recommendations for subscribers.

Straight-wall cartridges are surging in the whitetail world. The best evidence of this is recent...

Straight-wall cartridges are surging in the whitetail world. The best evidence of this is recent...

Answering the 3 Most Common Questions About Tree Saddle Hunting

I first heard about tree saddles more than a decade ago. At the time I thought hanging from a tree...

I first heard about tree saddles more than a decade ago. At the time I thought hanging from a tree... 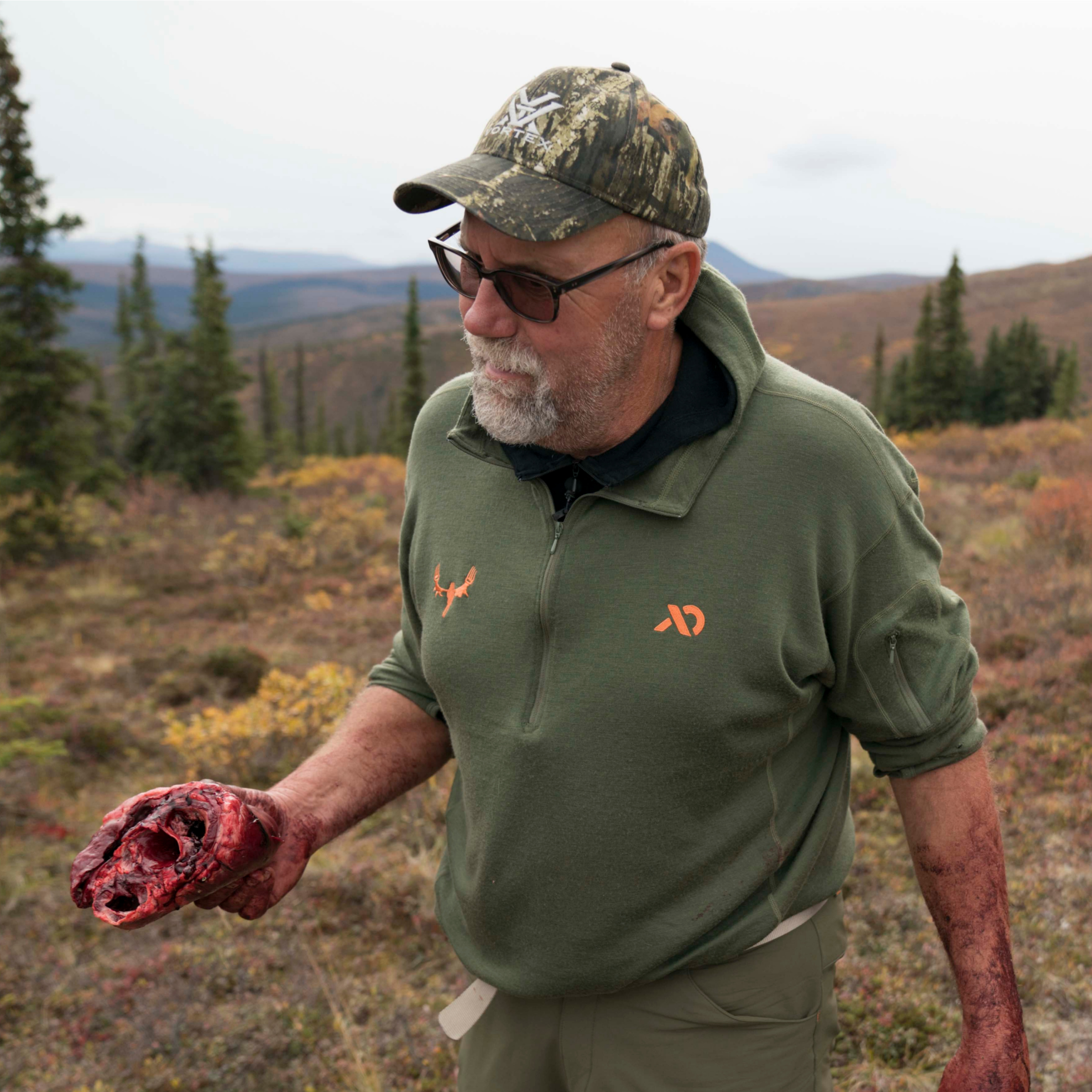