How Often do Whitetail and Mule Deer Hybridize? 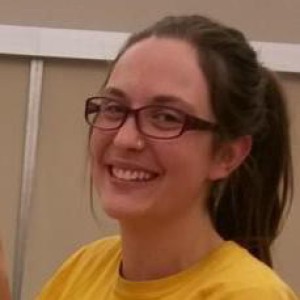 As a scientist, it’s my job to be curious. I spend a lot of my time trying to figure out what makes animals tick and brainstorming ways that wildlife managers might be able to use that information to promote the critters we care about. Every now and then, I stumble across an idea that is pretty far outside what I am used to working on (or should be working on) but that captivates me nonetheless. Recently I’ve been shirking my normal work responsibilities of studying mule deer behavior to wade through nearly impenetrable genetics research, trying to figure out how often whitetail deer and mule deer hybridize.

Many a hunter has claimed from a barstool that they once shot a whitey-muley cross. But I’ve been researching deer for many years and have yet to see a truly verifiable hybrid. So, I wanted to find out how often it actually happens. I asked Jim Heffelfinger, wildlife science coordinator at the Arizona Game and Fish Department and hybrid ungulate expert, for his thoughts on the matter.

“Although whitetail x mule deer hybrids do occur, they are much rarer than most people think,” he said. “Usually we just see a whitetail wearing a mule deer tag with the hunter trying to convince the warden he’s at least half right.”

For starters, whitetails and mule deer are very closely related, belonging to the same taxonomic genus, Odocoileus. This close evolutionary relationship sets the stage for these two species to interbreed, a process known as hybridization. That capacity has implications ranging from uncertainty associated with chronic wasting disease to how wildlife management agencies allocate hunting tags and enforce regulations.

Scientists have been looking into this question since the 1980s. In genetic studies of wild deer ranging from West Texas to Alberta, they’ve found that hybrids can make up anywhere between 0% to 14% of a given population where the species overlap, although proportions below 6% seem to be more common. In other words, depending on the location in question, whitetail and mule deer can hybridize readily. These hybrids may look and act a little funky, but they can survive into adulthood. Some can even produce fertile offspring of their own.

Hybrids, as you would expect, often look like a combination of whitetail and mule deer. But sometimes it’s hard to tell whether you’re looking at a strange whitey or muley, or if you’ve actually got a hybrid. Even though the species have very different tails, antlers, ears, and coats, there’s so much natural variation at play that many of these characteristics aren’t useful for identifying crossbreeds. For example, if you see a whitetail deer with an unexpected fork in their antlers, it’s mighty hard to tell based on antler characteristics alone whether you’re just looking at a whitetail with a nontypical rack or a hybrid.

Hybrids can also reproduce, which further complicates identification. When a hybrid breeds with a muley or whitetail, the offspring even more closely resembles a full species. Looking at the length and position of the metatarsal glands on the outside of a deer’s hind legs, however, is a best way to identify a first-generation hybrid. Metatarsal glands on hybrids are intermediate in length and position when compared to the 1-inch-long glands that sit towards the bottom of whitetail deer’s legs, and hand-length glands higher up on mule deer legs. Genetic analyses, of course, are also effective at telling whether an animal is a hybrid—but likely out of reach to the average hunter.

“These hybrids have been documented everywhere mule deer and whitetails are together, but it is nearly impossible to identify one with certainty through a rifle scope,” Heffelfinger said.

Whitetails and muleys hybridize often enough that some scientists have actually questioned whether these two deer should even be considered distinct species. If they can breed, aren’t they just one animal? But, so far, there are enough differences in their ecology, behavior, genetics, and appearance that they remain designated separately. But, if hybrids can occur so frequently, could they eventually replace whitetail or mule deer?

This is unlikely, primarily because the habitat and behavioral differences between the species prevent hybrids from becoming more prevalent. Although whitetail and mule deer often share landscapes, each species has their own preferences when it comes to choosing habitat patches. Because of these differences in where they live, an individual deer’s chance of encountering and breeding with the other species is already reduced. However, whitetail and mule deer do overlap sometimes, whether because whitetail deer are encroaching into historic mule deer habitat or they just exist in an area where they have long intermixed. But when they do come in contact, their differences in breeding behavior further reduce the chance that they will interbreed. Whitetails and muleys rut at slightly different times and in different areas.

When hybrids do make it to adulthood, they typically aren’t as well adapted to their environment as either parent species. Whitetail and mule deer move in strikingly different ways: a whitetail deer wags its tall tail as it gallops away, while mule deer stot up and over shrubs. These different movement tactics reflect the environments that these animals adapted to and help them better escape predators. Much in the same way that hybrids’ appearance is a combination of features from each parent species, hybrids move in a way that is not quite whitetail but not quite mule deer either. Instead, their run is a combination of galloping and the stotting. This combined style of movement, however, doesn’t compound effectiveness at escaping predators—it reduces their ability to escape. Although hybrids do occur, we don’t need to be worried that these ungainly ungulates will take over.

From being born in the first place to successfully escaping predation, any hybrid you see has overcome a suite of strange, unusual chances to exist. I’ve often wondered whether I’ve seen a hybrid before, but I can’t confidently say I have. However, if you’ve seen the diagnostic metatarsal gland, all I can say is that you’re one lucky buck.

Most deer hunters can agree on one thing about coyotes: They can be hell on fawns, muley or...

Most deer hunters can agree on one thing about coyotes: They can be hell on fawns, muley or...

Ask a Warden: What Guns Do You Carry?