Calling gobblers during the spring breeding season is the most educational, rewarding, and thrilling way to hunt turkeys. Honestly, nothing else comes even close in terms of excitement. But there are other ways to kill turkeys. I have taken many of the birds using spot-and-stalk strategies.

Spot and Stalk
It’s easy to explain but hard to pull off. You simply locate turkeys and then try to put the sneak on them. There’s no need to worry about wind direction but you do need to keep low and move slowly. The best turkey sneaks are those when you can use a ditch or creek bottom for concealment while you close the distance. It also works well to wait for the turkeys to drop into a natural depression such as a creek bed or waterhole before you try to advance in their direction.

One problem with sneaking up on turkeys is that flocks of birds will bunch together when they are nervous. If you pop up and see a mixed cluster of male and female turkey heads close together, don’t take the shot. The risk of hitting the wrong turkey, or more than one turkey, is high.

Ambush Hunting
Ambush hunting is also quite simple in theory, but can be difficult in execution. By watching flocks or studying the ground for tracks, you can pattern their movements and select likely pinch-points or high-activity areas where you can set up an ambush. Dust bowls, where birds dust themselves to clean off parasites, are great spots for a midday ambush. So are water sources when hunting dry country, or dry areas when hunting wet country.

Turkeys don’t seem to like getting their feet wet, they’ll go out of their way to walk on dry ground rather than wading through water or flying over it. In the afternoon, ambushing food sources or travel corridors near roosting areas can be productive. The birds will often go for one last bite of feed before heading into their preferred roost tree for the evening. Be in these places an hour before dark and wait it out.

Fall Turkey Hunting
Many states have fall turkey hunting seasons. These hunts are increasingly controversial because they allow for the harvest of female turkeys, something that is frowned upon by turkey conservationists and biologists who fear that wildlife managers are taking for granted the wild turkey’s current state of abundance. By accidentally over-harvesting hens, they fear, we could send turkey populations into a sudden downward spiral.

Most fall turkey hunters kill their birds opportunistically, they simply run into turkeys while hunting deer or other game and then make an attempt on the birds with whatever weapon they happen to have in hand. Several states allow hunters to harvest turkeys in the fall with rifles, something that is generally illegal in the spring.

Hunters who actually target the birds in the fall use a strategy referred to as “flock busting.” They’ll locate a flock of turkeys and then rush the birds on foot or with the use of a specially trained dog. The goal is to startle and disorient the flock so that it breaks up into several small groups. The hunter then selects a suitable location and begins calling to the turkeys with several varieties of regrouping calls. These include the assembly call, kee kee, and kee kee run.

John Hafner on His Favorite Quarry 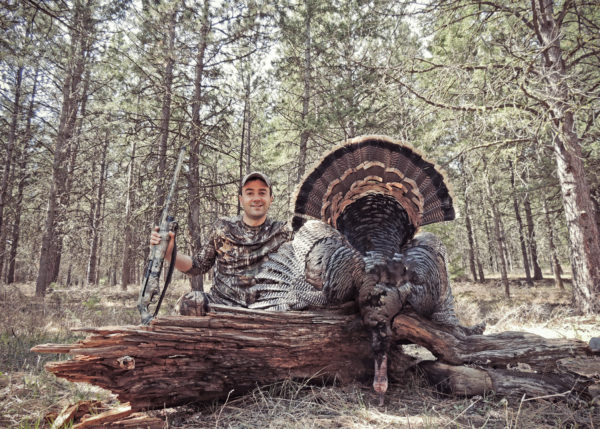 “Scout early  and often. Figure out where birds like to be at different times of the day throughout the season, and get there before they do. To you, your hunting grounds might just be a jumbled mix of fields, woodlots and croplands, but to a turkey, they’re his backyard, bedroom, living room and kitchen. He knows every inch of his kingdom, and so should you.  Using the terrain to your advantage and to slip in close whenever possible, can mean the difference between eating tag soup or turkey schnitzel.

“In general, call less and listen more. It took years of chronic impatience and mistakes to teach me a very valuable lesson. In the turkey woods, patience is truly an invaluable virtue. Unless a gobbler responds ravenously to aggressive calling, a good move is to sit tight, call softly and keep your eyes peeled.

“Sometimes a few seductive come-hither purrs, soft clucks or a little leaf scratching are all you need to fool a lovesick longbeard.  After you make a call or two, a gobbler has you pinpointed. If he doesn’t run right in off the roost, odds are good he’ll head your way after he’s visited his morning strut zone and serviced his hens.

“Even if you do everything else right, things will still fall apart at the moment of truth if you can’t sit still. You might consider yourself a camo-clad ninja, but odds are, you’re not. A turkey’s eyesight and survival instincts are much keener than yours. If you make even the slightest movement at the wrong time, you’re busted.

“When a bird commits and closes the distance, anticipate his line of travel, find your shooting lane, get your gun up, and get ready. If there’s enough cover, or if the bird is in full strut with his tail facing you, you can usually get away with last-second movement.

“The movement patterns of a turkey changes throughout the season. While their behavior may seem random, there’s usually a biological basis for their actions. A basic understanding of what makes turkeys tick, like breeding and nesting cycles and the pecking order within the flocks you’re pursuing, will no doubt help you consistently draw a bead on gobblers.” 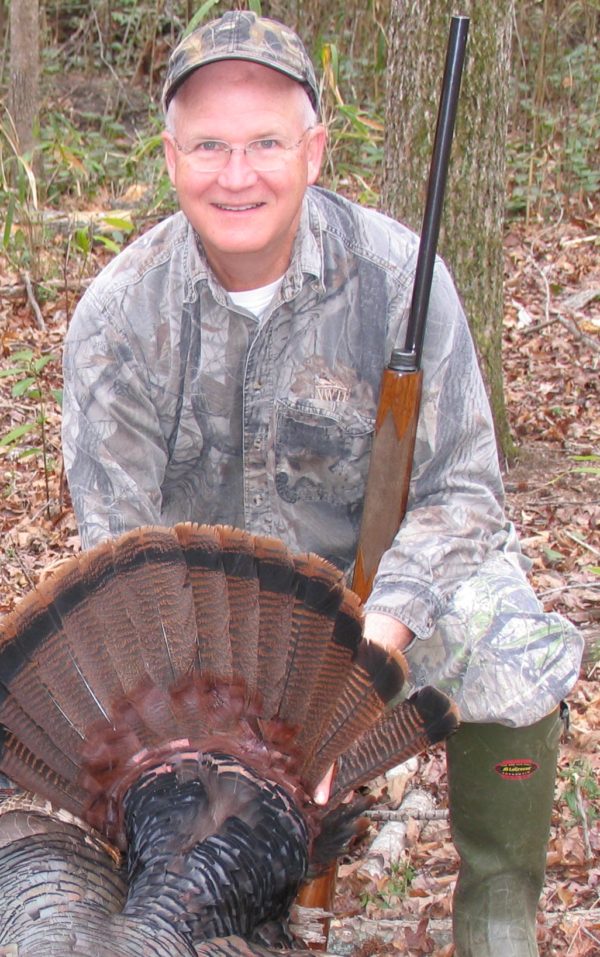 Once this handcrafted pot call has been prepped and tuned, it will coax in the most call-shy turkeys in damn near any conditions.

Used in conjunction with the Phantom Leafy Top, this balaclava takes your concealment to the next level in the turkey woods.

Turkey
Get the latest in your inbox
Subscribe to our newsletters to receive regular emails with hand-picked content, gear recommendations, and special deals.
Our picks for the week's best content
For the whitetail obsessed, with Mark Kenyon
Redefining our connection to food, with Danielle Prewett
With Joe Cermele and Crew
Technical apparel for the avid hunter
Purpose-built accessories for hunting and fishing
Quality elk, turkey, waterfowl, and deer calls
Privacy Policy

A Guide to Hunting Wild Turkey

Wild turkeys are the big game of the small game world. Weighing upwards of 25 pounds, a mature bird is capable of supplying multiple meals for even a large family. While many states have fall turkey hunting seasons, hunting for these birds is generally regarded as a spring activity. April or May brings on their breeding season. This is the time of year when males fill the woods with the sounds of their raucous and unmistakable gobbles, which...

Fall turkey hunting gets no love, except from a few hunting outcasts who either run turkey dogs or just want to be contrarian. In my home state of Minnesota, fall license sales usually tally up to roughly 15% of spring sales. Spring is where it’s at for turkey hunting, and persuading folks to give the fall birds a real shot is usually a lost cause. But I’m going to try anyway, on the grounds that working birds now will make you far more lethal...

Where to Shoot a Turkey

Once you have located a turkey, approached him successfully and started your calling sequence, the game is on. It is imperative at this point to do things correctly or else your hard work will go without reward. Get ready to shoot before you start calling. This means having a shell chambered and the gun partially raised to a shooting position. Setup for Your Shot When you’re leaning against a tree, the best place to rest your shotgun is over your...