One of my favorite things about bringing a steelhead to hand is the downturned eye on her perfectly blushed face.  Flecks of gold, bronze, green and purple glitter in the light; painting her eyelid like an eighty’s popstar. 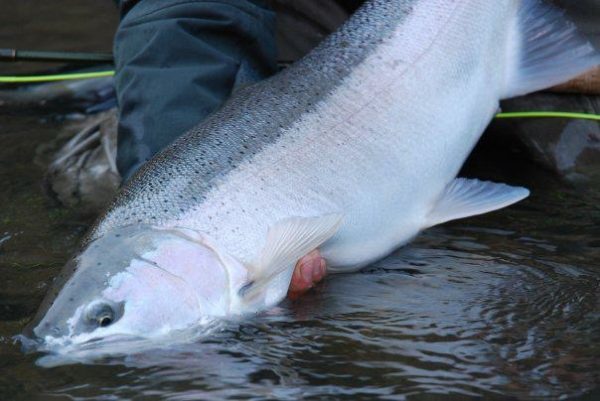 Her pupil — black and wild — looks down at the river as if to remind me that she’s ready to go home.  British Columbia regulations demand the release of all wild steelhead, so I loosen my grip on her firm tail and watch her shoot off into the depths.

Early in my fishing career, I was taught that a glazed-over, centered eye on a steelhead almost guaranteed that it was dead.

“Dead-eye” they called it.

It was a tell-tale sign that a fish was in bad condition.  Such giveaways are not limited to steelhead.  Indicators that a fish is unhealthy range from billfish that have turned bronze, bottom fish with bulging eyes and innards, and blood gushing from the gills of just about any species.

As the years passed, I began to take note of just how many responsible anglers showcased fish with varying degrees of dead-eye.  I decided to see if I could learn a little more — and ultimately see if it was true.

Dead Eye aka VOR – What is it?

The technical term for the movement of a fish’s eye is actually vestibulo-ocular reflex (VOR).  VOR is a reflex where activation of the vestibular system (inner ear) causes the eye to move.  This reflex occurs so that an animal can look at something and still move its head in the opposite direction without losing focus or becoming dizzy.

Stare at your screen and move your head to the left… your eyes will move to the right, and vice versa.  In fish, it’s their tail that moves and causes their eyes to move in the other direction. 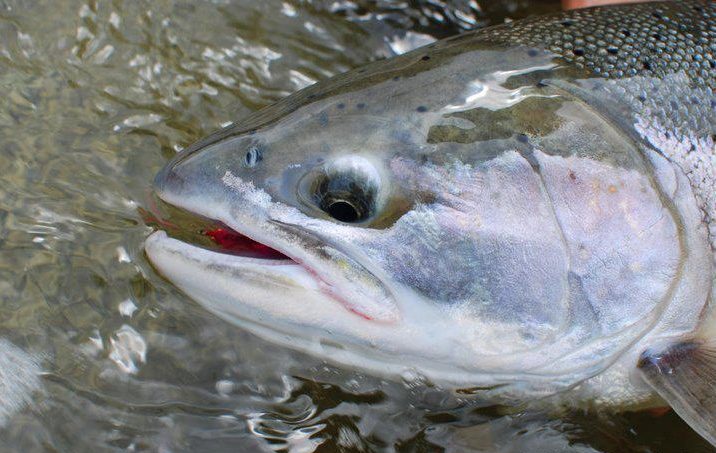 In salmon and steelhead, when the VOR isn’t working, it is typically because the fish is at its most extreme levels of fatigue and exertion.  In a 2012 study by the British Ecological Society, they used a reflex impairment index which focused on five reflexes found in perfectly healthy fish.

The Five Reflexes (in order of severity)

Head complex and VOR (both part of the nervous system) are typically the last two of the reflexes to show signs of impairment and are therefore indicative of extreme physiological stress — putting them at risk of dying.

Biologists Weigh In
I reached out to some steelhead biologists to hear their thoughts on the matter.  I asked renowned steelhead advocate and biologist, John McMillan, for his opinion.

“The issue of how a salmon’s eye responds after angling and during release can provide insight into the fish’s overall reflex and health at that moment,” states John McMillan. “We have all seen photographs, some that display the fish’s eye rolled-downwards and others where the fish’s eye does not shift pitch and looks “wide open” and static.  Those are important differences and I’ll try to describe the situation here:

The orientation and response of a fish’s eye is, in scientific terms, called the vestibulo-ocular reflex, or VOR for short.  VOR is a function of the nervous system. A positive VOR generally means a fish is fairly healthy. A positive VOR occurs when a fish is turned on its side out of water and the fish’s eye rolls downward to maintain a level pitch, tracking the handler.  That is something we often see as anglers: the downturned eye of a fish that we are holding. Many photographs provide examples of this.

On the other hand, VOR can become impaired in fish that are stressed and close to death.  When impaired, the eye becomes static and does not shift pitch and becomes like a “Dolls eye.” That signals the fish’s reflex and nervous system are not responding normally. In fact, this is the last response to go in a salmon or other teleost fish, and as such, it indicates extreme physiological, neurological and behavioral impairment and that there is a high mortality risk.  Essentially, if the fish’s eye does not track with rolling of their body, they are very close to death and have almost no chance of survival.”

“Most species of fish will exhibit “dead-eye” when near death — from overexertion, heavy stress like temperature shock or response to an anesthetic. Dead-eye can also be a symptom of ammonia toxicity. Fresh, clean and cool water over the gills can sometimes revive.”

I also reached out to biologist and author, Bob Hooton.  Bob had a slightly different opinion:

“’Dead-eye’ pics are not exactly something that science is going to inform. Yes, an eye centered in its socket is sometimes evidence of dead or near dead, but it isn’t conclusive. I have dozens of pics of live fish whose eye is oriented downward (typically taken as an indication of alive and well) but I also have many of equally healthy fish whose eye was centered.

I’m attaching a few examples of fish that all swam away happy and healthy but, if you used the eye centered in the socket as the sole criterion, the jury would probably rule otherwise.

At the same time, I have numerous similar pics of fish with the eye strongly oriented downward. I once used that myself as the indicator of alive vs otherwise. Over time, though, I’ve come to appreciate that wouldn’t stand up ‘in court’.” 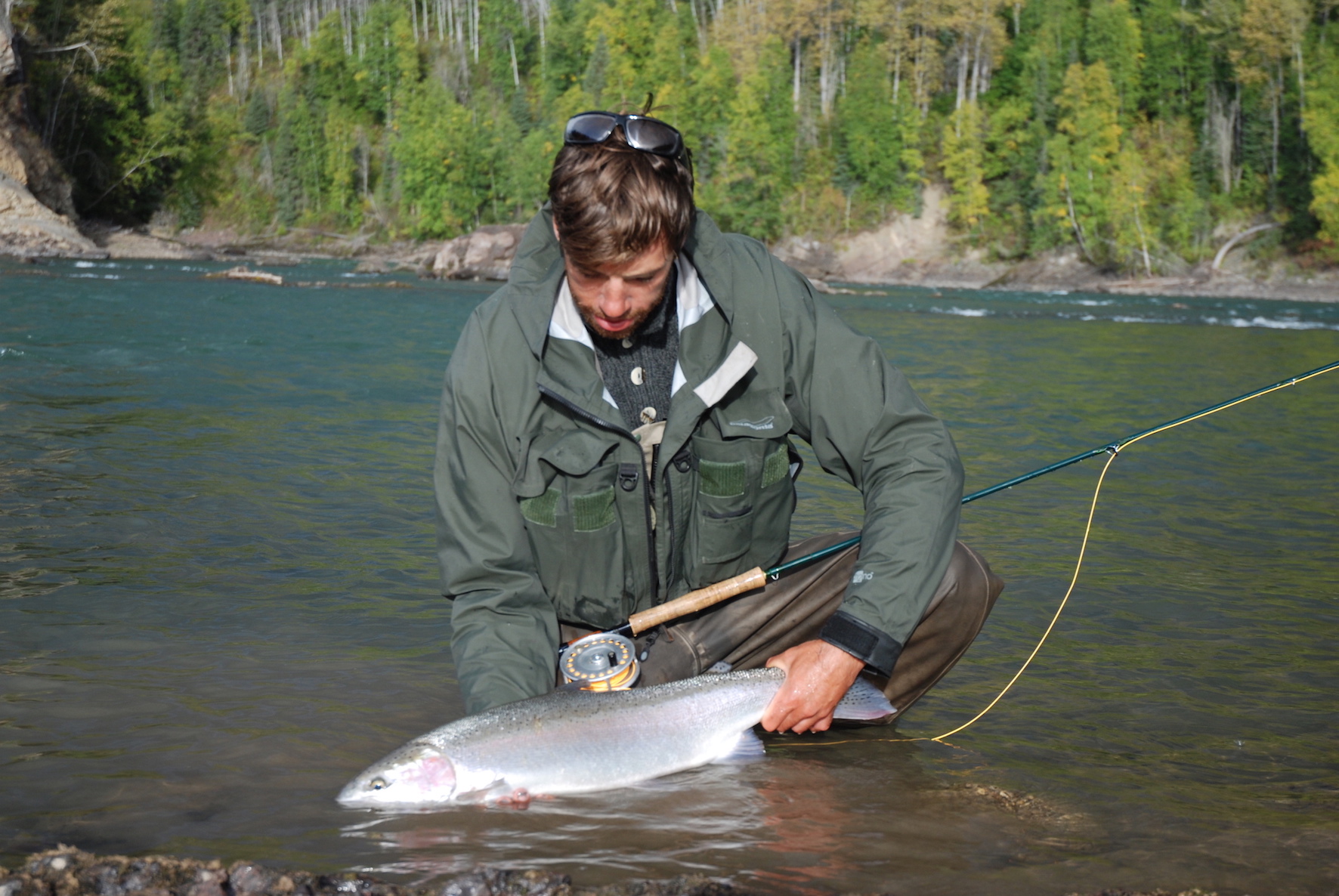 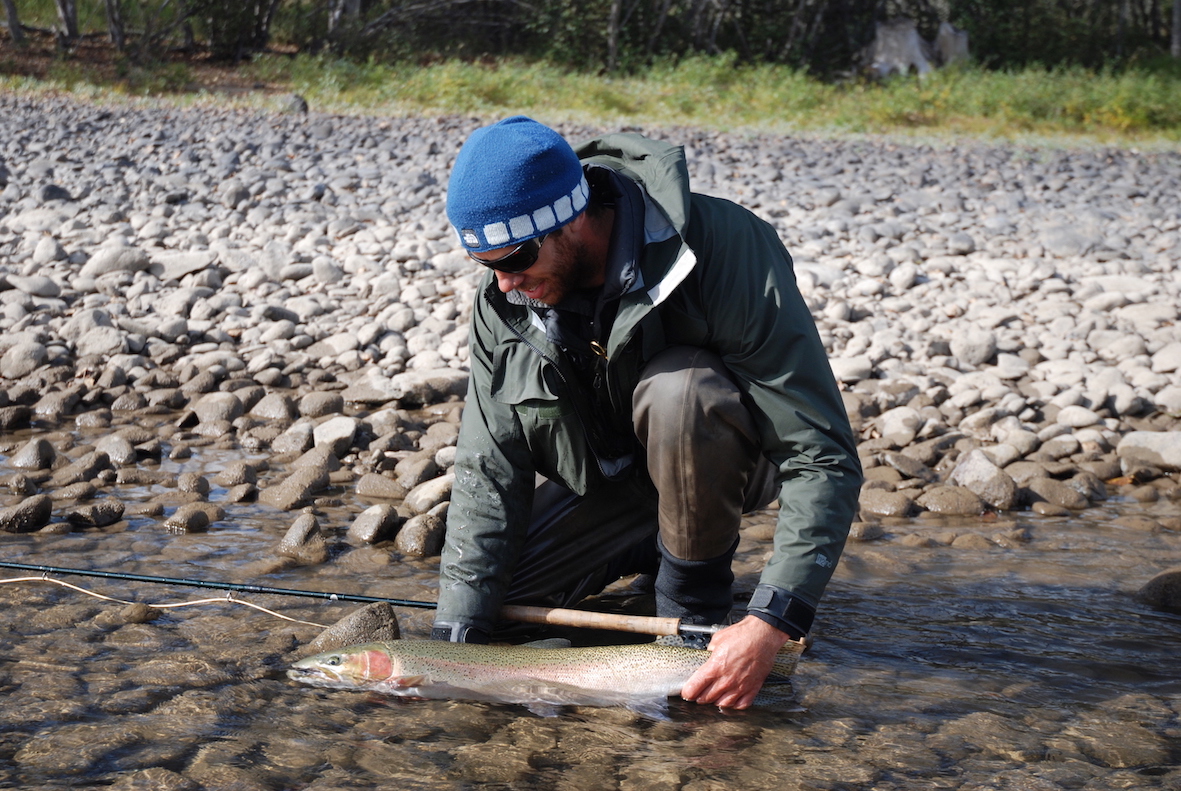 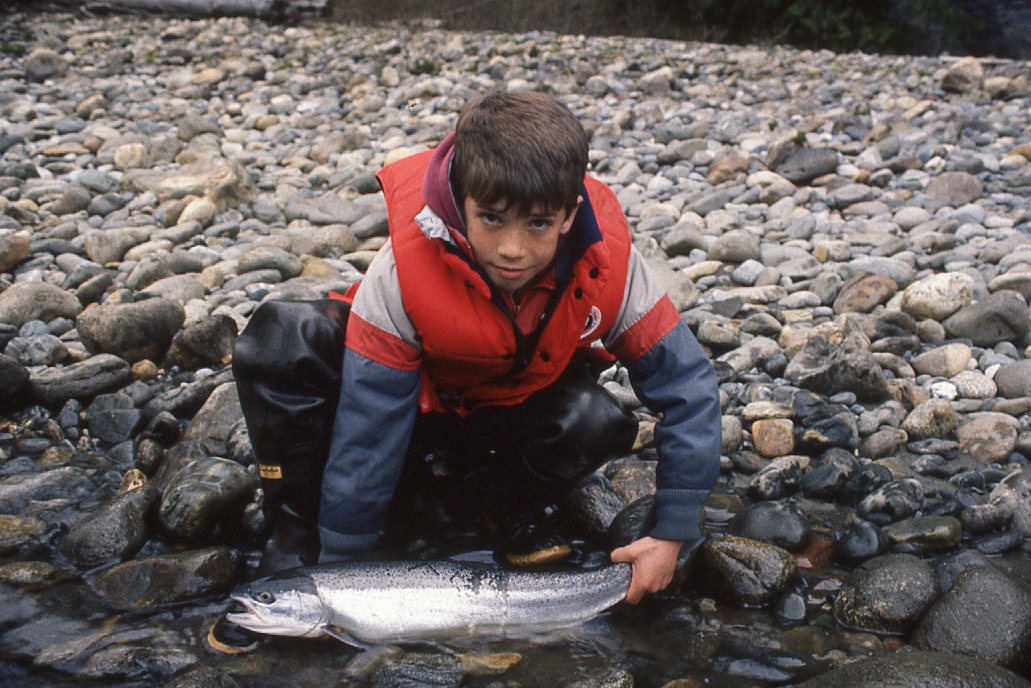 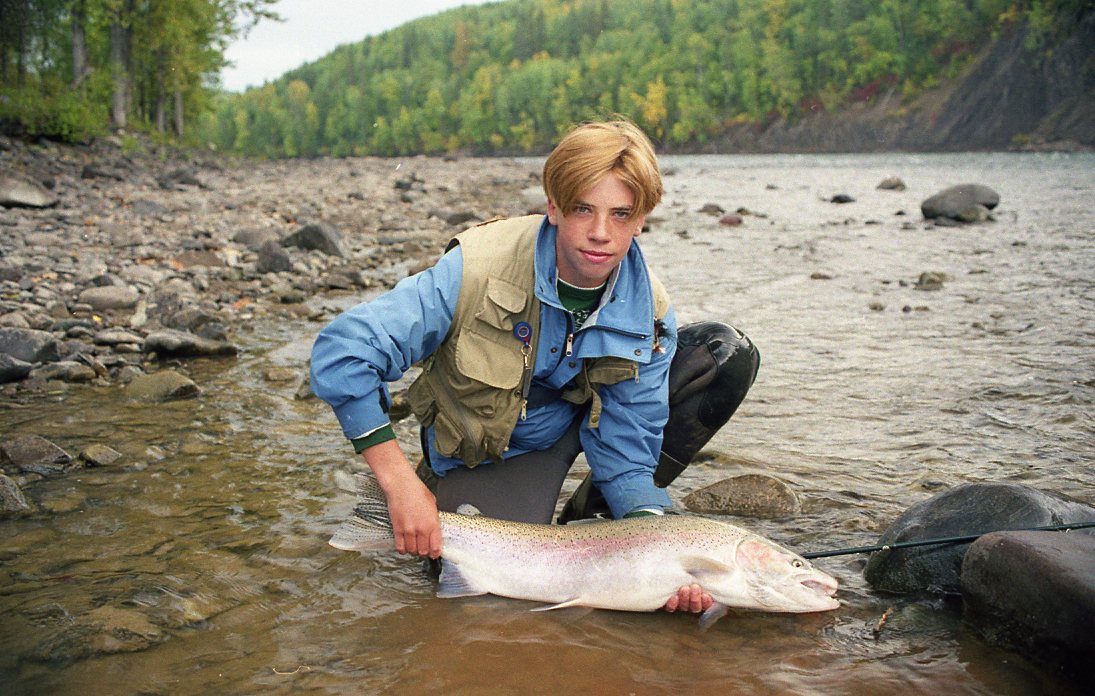 I’d recalled John mentioning in previous communications that a fish displaying dead-eye didn’t necessarily guarantee death.  When asked about this, he admitted that there may be 10% of fish that live to see another day, but that his findings show this to be higher with smaller fish (like trout) and lower with larger fish like steelhead and salmon.

Biologist, Sascha Clark Danylchuk, clarified that proper assessment is difficult to determine by simply looking at a photograph, “To assess VOR you have to observe the eye while rolling the fish on it’s side.  This makes assessing VOR from a photo difficult and means that the angle of the fish is critical.   It is very rare for a fish to recover and survive when VOR is absent.”

So while a fish displaying a straight eye may not be an argument you’d want to take “to court”, it sure is something to consider when looking to assess the state of the next fish you’re releasing.

If taking photos, try to keep handling and air exposure to a minimum (listen to Andy Danylchuk’s episode for more on this here).  If it’s a retention fishery, try to take a fish showing signs of impairment, rather than one showing all the signs of recovery.

*Note that in BC all wild steelhead must be released regardless of their physical condition.

While most people hang up their waders when the interior rivers turn to ice, the fishing season is just beginning for many of us in the Pacific Northwest. Many anglers have waited all year to pull their fishing gear out of storage. Winter steelhead fishermen and women are some of the most passionate anglers out there. Keeping on through snowy days, icy guides, wet under-layers, cold thermoses and frozen reels—they’re a dedicated bunch. However...