Chorizo is a spicy pork sausage that’s not commonly associated with wild game. There’s many versions of chorizo, including fermented, cured and smoked dry links and loose, bulk sausage which needs to be cooked. Red chili powder is usually the main spice used in Mexican chorizo while paprika is favored in Spain and Portugal.
Traditionally made with domestic pork, the fattier meat from wild pigs and black bears works very well for making chorizo. But, you can also make chorizo using the meat from big game animals like deer or elk. For this recipe, I used meat from a Colorado Shiras moose. Because the meat from any deer species is lean, you’ll need to add pork fat. I buy my pork fat from a local butcher shop in ten pound batches that I divide into one pound packages to freeze for later use.
A Note on Making Wild Game Sausage
There’s a long-running debate over whether it’s acceptable to thaw out frozen game meat, grind it up to make sausage, and then refreeze it. Some people say this will introduce bacteria into the meat. Another argument says the quality of the end product is degraded because freezing, thawing, and refreezing destroys the cell walls in muscles which leads to poor textures and tastes. But these are basically moot points for most hunters for a couple reasons. First, if you handled your meat correctly from the moment you killed the animal until the time the meat was packaged and frozen, and you maintain a clean workspace while making sausage, it’s very unlikely the meat has any chance of becoming contaminated. The second reason is that you’re going to be grinding the meat anyway, which is certainly destroying cell walls. And, unless you have the time to break down an animal, and then butcher, trim, mix, and grind meat into sausage before it’s frozen, you’re going to need to make it later. This is especially true if, like most people, you’ve got a busy schedule. It also applies if you’re hunting in warm weather with limited time to cool down meat. And, if you are hunting out of state, you may be forced to freeze meat before traveling home. I’ve eaten wild game sausage from freshly killed animals and from meat which has been frozen for a couple months and I’ve never noticed any difference in quality or taste.
I typically freeze five-pound batches of chunked grind meat in vacuum-sealed bags. That way, I’m able to process custom sausage recipes as time allows. The added benefit is that grinding meat that’s still partially frozen is much easier and faster.
The following recipe is for bulk chorizo but you could easily use a sausage stuffer to make links in hog casings and then smoke the links.
Wild Game Chorizo
4 lbs deer, elk etc.
1 lb pork fat
½ cup vinegar
½ cup red wine
1 white onion, minced
1 cup cilantro, finely chopped
¼ cup minced garlic (it’s ok to use the garlic that’s packed in olive oil in a jar)
8 tablespoons red chile powder
4 tablespoons smoked paprika
4 tablespoons dried oregano
1 tablespoon ground cinnamon
1 tablespoon ground cloves
1 tablespoon ground cumin
1 tablespoon salt
Processing and packaging wild game sausage efficiently is best done with good equipment. We’ve been using Weston Products for years to make everything from sausage to jerky to smoked salmon. Here’s the equipment you’ll need to make wild game sausage:
Scale
Meat Grinder
2 Meat lugs
Vacuum sealer and bags or meat freezer bags 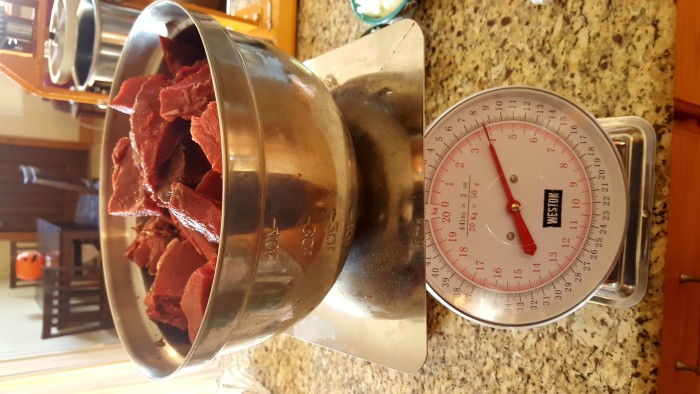 Make sure you are working with known quantities of meat and fat. I used to eyeball my sausage recipes and the results were inconsistent. A good meat scale allows you to easily halve or double recipes and exactly repeat the results of a good recipe. While this recipe is for chorizo the basic process described below is the same for most sausage making. 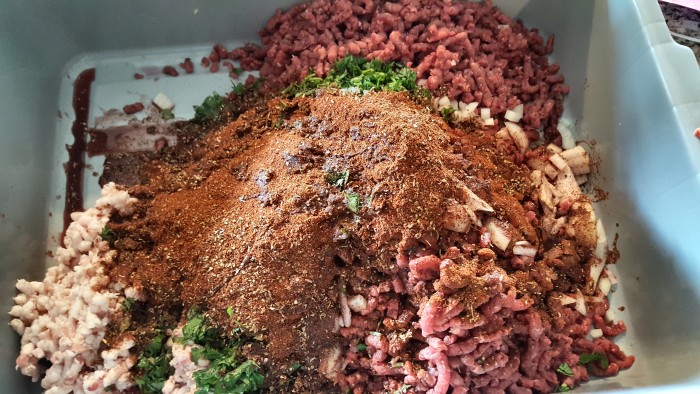 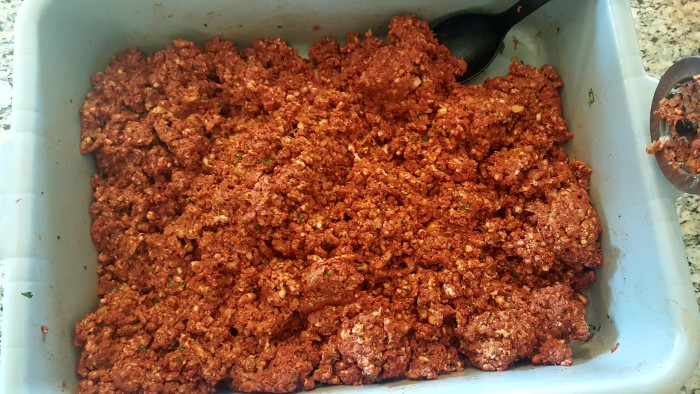 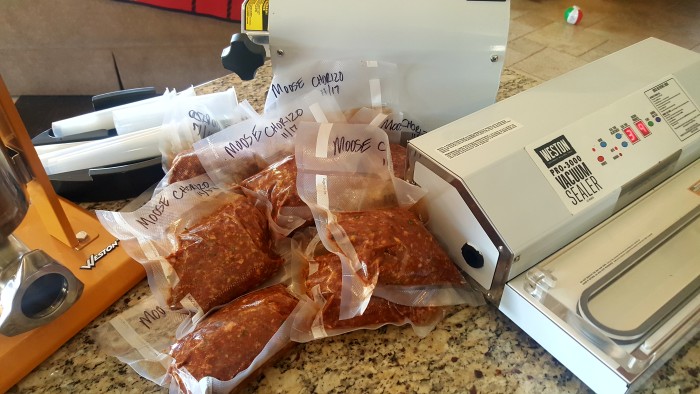 Wild game chorizo is great on its own or it can be used as a way to spruce up a meal. It works very well as an addition to chili recipes. One of my favorite recipes involves sprinkling cooked chorizo on fried fish tacos. Next on my list is a cured, smoked chorizo for a packable hunting snack.

This holiday season, I’ve paired what I consider to be the best tasting wild game with a...

This holiday season, I’ve paired what I consider to be the best tasting wild game with a...